Councilmanic prerogative, the practice that gives district councilmembers discretion over development in their jurisdictions is not illegal, but it is widely opposed.

At 80%, opposition is greatest in South Philly compared to:

64% in West and Northwest Philly

Respondents who disapprove of Council’s performance oppose councilmanic prerogative by 78%. 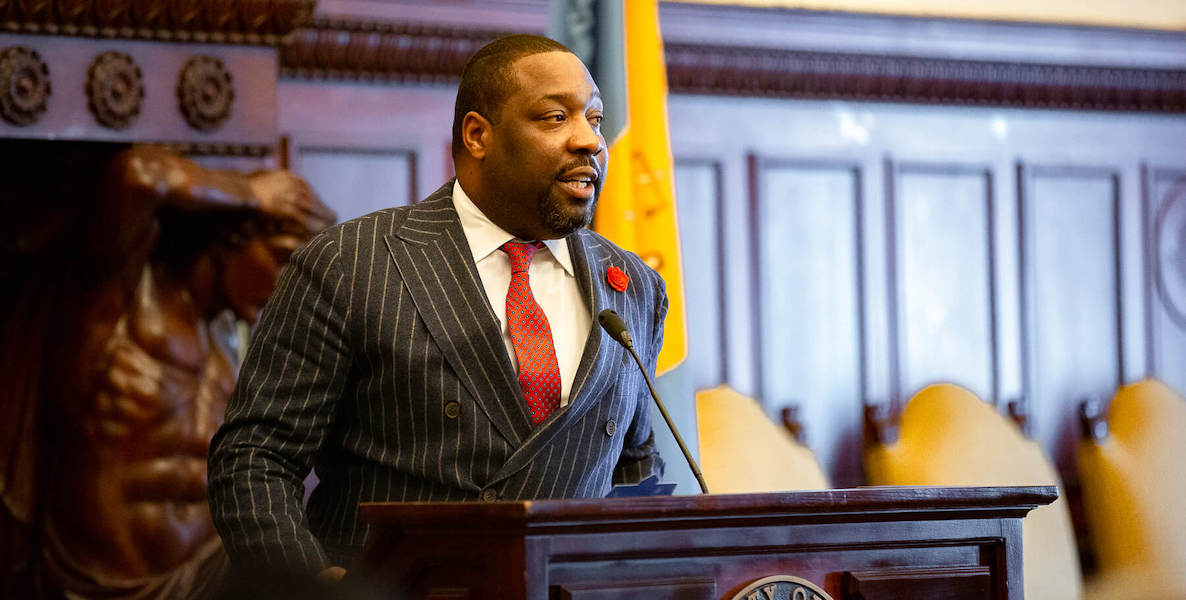 The latest polling data from A Greater Philadelphia proves what good government advocates have long said is true: Voters want an end to Council-controlled land deals

The latest polling data from A Greater Philadelphia proves what good government advocates have long said is true: Voters want an end to Council-controlled land deals

Oh, to live in the land of councilmanic prerogative, the wink-wink practice that gives district councilmembers full discretion over development in their jurisdictions. It’s not actually illegal, something that complicated the corruption trial of Councilmember Kenyatta Johnson and his wife Dawn Chavous that ended this week in a mistrial. Nor is it actually codified into city law. It just … is.

But as the latest survey data released from A Greater Philadelphia shows, Democratic voters in Philadelphia are overwhelmingly opposed to the practice—by a whopping 3-1 margin. Perhaps not coincidentally, the area of the city most opposed is Johnson’s own, South Philadelphia, where 80 percent of respondents said they want the City to ban the practice because it gives too much power to one person.

Related from The Citizen
What is councilmanic prerogative, and why is it so bad for Philly?
By The Philadelphia Citizen Staff

This data stems from a survey conducted in February by nationally recognized pollsters McLaughlin & Associates and Frederick Polls, as part of civic nonprofit A Greater Philadelphia’s fact-finding mission to inform their goal of building a citywide movement in support of higher expectations, more effective leadership and better governance.

The Citizen is partnering with A Greater Philadelphia to publish the results of the poll. See the first three analyses, about public safety and City Council, here; another on school choice here; and one on the soda tax here.

Poll analysis and results from A Greater Philadelphia

The practice, known as councilmanic prerogative, is not codified in City law. It featured prominently in the mistrial of 2nd District Councilman Kenyatta Johnson. Because of Council’s tradition of deferring to individual Council members for approvals relating to projects in their district, Johnson had the ability to advance or stall the development project which was at the center of the trial.

Here is how a February poll asked the question:

Q. Philadelphia tradition gives each City Council member final control over which construction projects are approved in their district. Which do you prefer? Opposition to councilmanic prerogative is strong across all categories of respondents, whether broken out by age, race, income, education level, or section of the city.

Among regions, the strongest opposition is in South Philly, where Councilman Johnson’s district sits. Eighty percent of respondents there want to eliminate the practice.

Even those who approve of the job City Council is doing strongly favor getting rid of the tradition. Only a few do not have an opinion.

MORE COVERAGE OF COUNCIL DEALINGS FROM THE CITIZEN