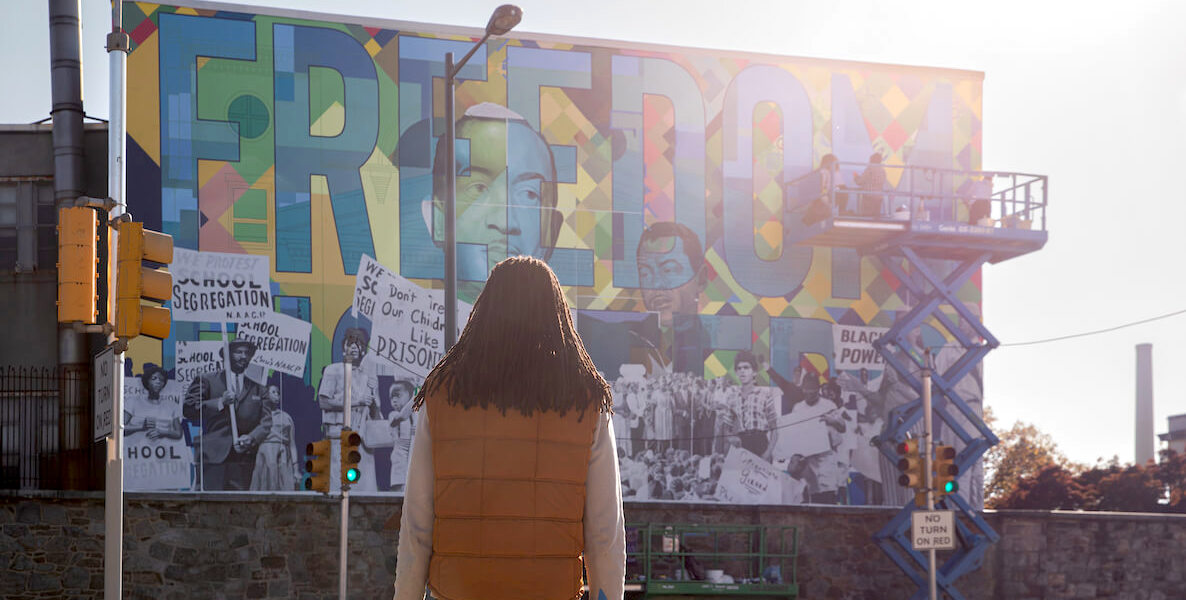 What to know, what to do, what impact you can have

What to know, what to do, what impact you can have

Last year—in the midst of the pandemic, months after the murder of George Floyd sparked a racial reckoning—a California African American studies professor suggested we think about Black History Month (which started again this week) through a lens that, in some ways, seemed counter to the moment: Joy.

“Black joy,” Mei-Ling Malone, from Cal State Fullerton, told the Voice of OC, “is an act of resistance. Like other communities, Black folks, of course, feel tremendous pain, outrage, sorrow and depression, and we struggle with our mental health. But there is also a necessary longing and practice of joy. As long as there has been racial oppression, there has also been resistance and Black joy.”

Is there a more beautiful, or fitting, way to frame Black History Month?

A year later, there is still a lot of work to be done in the name of equity and racial justice. There is, also, a lot to celebrate and to enjoy. In Philly this month, that looks like art and music, good food and good citizenship, joy and resistance.

Here, what to know and do for Black History this month—and all year long

Philadelphia was home to the first African American to make it to space, the first Black woman elected to a state legislature in the country, the first African American federal judge—plus Marian Anderson, Pearl Bailey and several other amazing artists, writers and thinkers. Black icons are everywhere, including the 28 Charles Barkley named all-stars a few years ago in The Citizen. Read more about them here, or follow our Instagram and Facebook accounts, where we’re featuring a new person every day at 9am and 8pm, respectively.

Nikole Hannah Jones’ 1619 Project had its critics (including prominent historians), but it has launched an important new way to think about America and its Black citizens. Clint Smith’s How the Word is Passed is another look at slavery and its impacts, while Isabelle Wilkerson’s The Warmth of Other Suns beautifully explores the Great Migration in the early 20th century. Finish with a look at our modern history, with Brian Stevenson’s heartbreaking and inspiring Just Mercy.

Speaking of icons: Betsy Ross House is celebrating all month long with historical interpreters portraying famous Philadelphians like Frances Harper and Richard Allen, live storytelling hours and more. You can learn about some current Black Philadelphians making a difference at Smith Memorial Playground’s “Leaders and Legends” exhibit all month. Philadelphia Film Society is hosting a Sidney Poitier Film series all month. Hairspray stars Shayna Steele and Chester Gregory, along with American Idol finalist Michael Lynche, join the Philly POPS for a Motown celebration February 18-20. Look back here for continued suggestions of what to do and where to go for more Black History Month fun.

Here’s one quick way to start: Join Harriet’s Bookshop for its Sisterhood Sit-In Trolley Tour on Saturdays in February and March. The two-hour tour will take you to five Black women-owned businesses in the city, with a 15-minute stop in each: Harriett’s Bookshop; Franny Lou’s Porch; Freedom Apothecary; Marsh + Mane; and Yowie. The goal, according to Harriet’s? “Throughout the pandemic, this nation has lost 40 percent of its Black women-owned businesses. We would be remiss if we didn’t do something to preserve and protect the businesses still here.”

RELATED: Find other Black-owned businesses that also give back to their communities.

Truly, you could spend all month eating in a different Black-owned restaurant in Philly from morning until night. Here’s what one dreamy, tasty day could look like: Morning coffee and conversation at Fishtown’s Franny Lou’s Porch; chicken and waffles at the Breakfast Boutique in Chestnut Hill; jerk chicken lunch at South Street’s Caribbean Cafe; mid-afternoon cupcake treat at South Philly’s MilkSugarCakes; tea at Mt. Airy’s Viva Leaf Tea Co. (whose founder, Christa Barfield, is one of the keynote speakers at a SustainPHL symposium on February 17); Doro Wot (Ethiopian stew) at West Philly’s Abyssinia; followed by drinks and music at South Jazz Kitchen on North Broad Street. Or…well, the options are endless, really.

Check out this list of 130+ Black-owned eateries in Philly from The Infatuation. Or stay in and have food delivered through Black and Mobile, which is like Caviar for Black-owned restaurants.

MAKE (AND THEN TACKLE) A BLACK PHILADELPHIA READING LIST

Want to better understand the good, the bad and the weird about your city? Check out Let the Fire Burn, the definitive MOVE documentary; Tigre Hill’s The Shame Of A City, the inside account of Philadelphia’s 2003 mayor’s race; Quest, an award-winning documentary on one North Philly family through the years; and Concrete Cowboy, Ricky Staub’s fictionalized account of Philly’s urban horse riders. Finish with a screening of Questlove’s Summer of Soul, about the 1969 Harlem Cultural Festival—then download the just-released soundtrack to keep the vibe going.

Want still more? Check out the entries in last year’s Black Star Film Festival—and then get your tickets to this year’s event in August.

RELATED: What Philly could learn from Chicago’s efforts to bring art into every neighborhood

Many Black-run civic and social groups are doing the hard work of pushing for needed change, defending the rights we already have. The rest of us can help by standing with them. Some groups to consider donating to or volunteering with: ACLU of Pennsylvania, Frontline Dads, Black and Brown Workers Cooperative, Womanist Working Collective, Philadelphia FIGHT, Amistad Law Project, Youth Art & Self-Empowerment Project, Free the Ballot and Philly Children’s Movement. Push yourself to do even more this month with the BHM Challenge from Because of Them We Can.

RELATED: See other ways to work towards racial justice here

GIVE A LITTLE EXTRA

If you’re in a position to do so, author Michael Eric Dyson urges people—especially White ones—to give what he calls “individual reparations”: Hire Black workers and pay them extra.

RELATED: Watch Michael Eric Dyson on moving from reckoning to reconciliation at the 2020 Ideas We Should Steal Festival

Research shows that having teachers who reflect their students helps close achievement and opportunity gaps—something especially important for Black students in Philadelphia. According to former Mastery Principal Sharif El-Mekki’s Center for Black Educator Development, while more than 25 percent of Philly public school students are Black boys, only 4 percent of teachers are Black men. But when Black students have just two Black elementary school teachers, they are 32 percent more likely to go to college. El-Mekki, a sometimes Citizen contributor, launched the Center a couple years ago, to address this disparity through recruitment and training. You can support the work here.

Last week saw the first (hopefully last) blow to easy voting in Pennsylvania when a Commonwealth Court struck down the state’s two-year-old vote-by-mail law—a law, by the way, passed by the same Republican legislators who voted to overturn it when they were unhappy with the 2020 election results. This is happening right in our backyards—not just in D.C. Voting access laws in particular benefit voters of color whose jobs make it difficult to make it to the polls on Tuesdays (not to mention anyone who is especially at risk of Covid these days). That these laws are being dismantled here and elsewhere is no coincidence. Support the ACLU of Pennsylvania’s fight to preserve voting access, or Common Cause PA’s Election Protection efforts.

And, of course, cast your own ballot this year for U.S. Senator, among other things.