You can donate, volunteer to help make the festival happen and shop BlackStar swag. 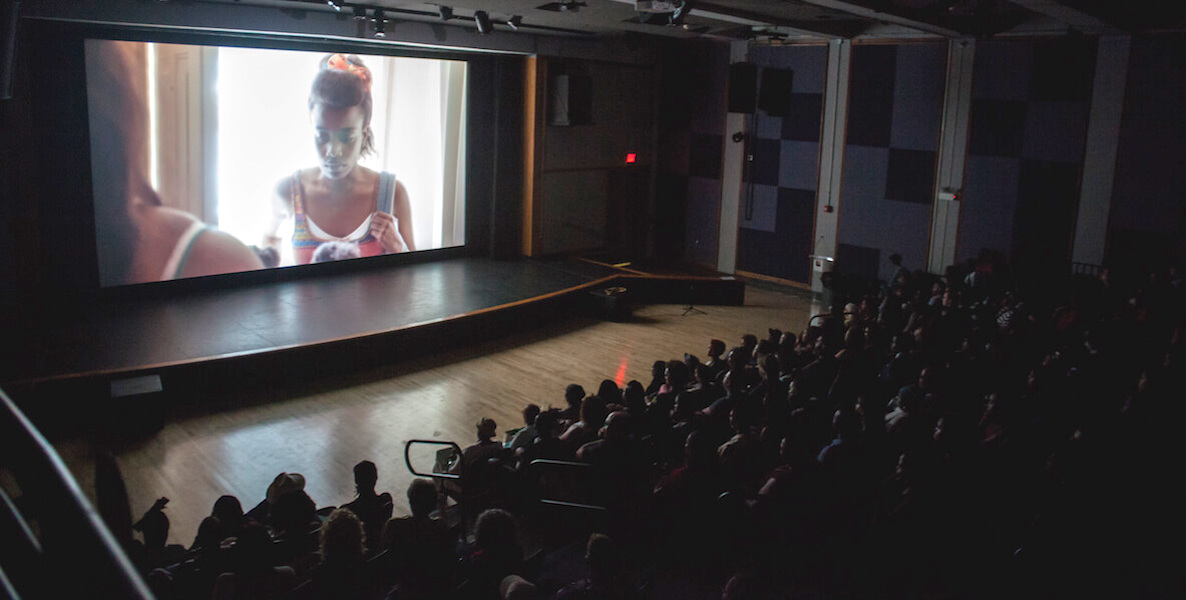 Come together to support and celebrate the visionary work of Black, brown, and indigenous filmmakers from August 4 through 8

Come together to support and celebrate the visionary work of Black, brown, and indigenous filmmakers from August 4 through 8

Maori Karmael Holmes will tell you that there’s no juicy story behind her love of films, no clear-cut signs in, say, her early childhood that movies would become the centerpiece of her professional life. Of course, she did do a lot of theater in elementary school. “I played Anne Sullivan in third grade, and I wrote a rap based on The Odyssey in fourth grade. But my path is not singularly focused. There’s no romantic movie-centric story here,” she says.

In fact, until high school, she was more interested in music videos, fashion and dance.

“I didn’t fall in love with movies until high school,” says the L.A. native. “My family would go to the movies every week and all the Merchant/Ivory stuff was out. I was obsessed with films like Like Water For Chocolate and Dangerous Liaisons.” She also saw Daughters of the Dust and Sankofa at the National Black Arts Festival, and found the costumes riveting.

After getting her BA in history from American University, she did her MFA at the School of Theater, Film and Media Arts at Temple University, then headed back to the West Coast for postgraduate studies in costume design at the California Institute of the Arts.

MORE ON BIPOC PEOPLE IN THE ARTS IN PHILADELPHIA

That combo of pedigree and passion led her to the indie festival circuit in 2006, and that’s when she had a realization: “I wanted to recreate some of my experience on the road.” So she started a film and music festival for women called Black Lily in 2007. But after two editions of the festival, the market crashed, and Holmes, like so many creators, struggled to find support.

By that time, however, she’d been bit by the programming/curating bug, and was committed to doing independent programs. Returning to Philly in 2011, she partnered with creator-activist Sara Zia Ebrahimi on a social justice-focused film series called “KinoWatt.”

And feeling determined to shine an even bigger light on underrepresented filmmakers, she began working on what is now the beloved BlackStar Film Festival, a four-day-long celebration of Black, brown, and indigenous filmmakers. (Ebrahimi is now deputy director of BlackStar.) The first festival debuted in August 2012, with 1,500 attendees; immediately after it, community members, attendees and filmmakers wanted another one.

“A great strength of BlackStar’s is that it connects filmmakers with their ideal audiences —people whose experiences these films speak directly to—and that has always been very appealing both to audiences and to filmmakers,” Holmes says.

This summer marks the 10th anniversary of the BlackStar Film Festival, which will be held from August 4 through August 8, both virtually and with select in-person events at the Mann, Drexel Square, Eakins Oval, Bartram’s Garden and Sunset Social at Cira Green. Tickets for an all-access pass are $125, virtual passes are $100, and tickets to Sunday’s culminating event at the Mann Center are $45.

This year’s celebration will showcase 80 films by filmmakers from 27 countries, including …

Between Fire and Water, a documentary about an adopted indigenous boy on a quest to find his biological parents and true identity.

Dear Philadelphia, a short documentary by Renee Osubu about three fathers in North Philly overcoming barriers within their community.

Inheritance, a short narrative about a young woman who inherits her family’s small cabin, and begins to see spirits that have been haunting her brother and father.

“This year’s collection of films continues to highlight the voices of many marginalized communities, including those seeking liberation in occupied lands,” says Holmes, “I don’t know of another festival that sits at this nexus and focuses on Black, brown and indigenous filmmakers.”

With this year’s event taking place in the wake of our country’s racial reckoning, a time when even mainstream white America can no longer look away from the injustices facing our communities of color, outsiders may wonder if the festival planning and prep somehow felt, well, different.

“A great strength of BlackStar’s is that it connects filmmakers with their ideal audiences —people whose experiences these films speak directly to—and that has always been very appealing both to audiences and to filmmakers,” Holmes says.

But as with her backstory, Holmes suggests that that connection might be forced. “These issues—from police brutality to immigration to colonialism—aren’t new,” she says. “They’ve been integral to the festival from its beginning. We’ve just been waiting for people to catch up.”

According to McKinsey and Company, less than six percent of writers, directors, and producers in the U.S. film industry are Black. With the festival, Holmes hopes to not only shine a spotlight on overlooked creators, but to open the public’s eyes to the range of talent out there.

And fans and funders are responding. Last week, BlackStar was named one of just eight recipients of the first-ever Art Works grants, a combined $3 million in support from Michael Forman and Jennifer Rice’s Forman Arts Initiative.

That kind of attention can make Holmes’ work, her world, seem glamorous, fabulous, unattainable. But Holmes is adamant that all change begins with baby steps.

“All of us have to remember that changes happen because of multiple small steps,” she says. “This is the key to any organizing or change. It’s the small steps in aggregate that make for lasting change. [Young people] should hopefully feel empowered that any step they take toward justice is adding to the pool. And these steps don’t have to be major: They can be advocating for sign language at a local event, making sure there are gender-neutral bathrooms, recycling, having patience with your elders on Zoom. It sounds cheesy but I really believe this is true.”

The BlackStar Film Festival runs August 4 to 8. Get more information and purchase tickets here. Looking for more to do? Check out our list of fun things to do in Philadelphia.

The BlackStar Film Festival returns this summer with a slate of virtual and in-person programming. | Photo by Daniel Jackson