Anti-racist Ideas We Should Steal

Ideas We Should Steal: Reduce Gun Violence Through Better Policing
While murder and shootings have spiked in Philly and elsewhere, both Camden and Newark have made progress in reducing gun violence by adopting smart policing techniques. Why don’t we do what they’ve done?
Ideas We Should Steal: Desegregating the Region
A Connecticut coalition is fighting housing discrimination, and its effects, by taking on a little-understood piece of bureaucracy: zoning laws. Could a similar approach make for a more equitable Philly region?
Ideas We Should Steal: Institutional Racism Task Force
Austin faced uncomfortable truths about the city's inequities with a deep look into its racist past. Maybe it’s time for Philly to confront its own history
Ideas We Should Steal: The Greater Buffalo Racial Equity Roundtable
Well before this summer’s racial awakening, civic leaders in Buffalo came together to not only talk about race, but work on real systemic change. Is it a model for other cities?
The Color of Coronavirus: Racial Equity Rapid Response Teams
Some cities have deployed dedicated teams to combat the racial disparities exposed and exacerbated by Covid-19. 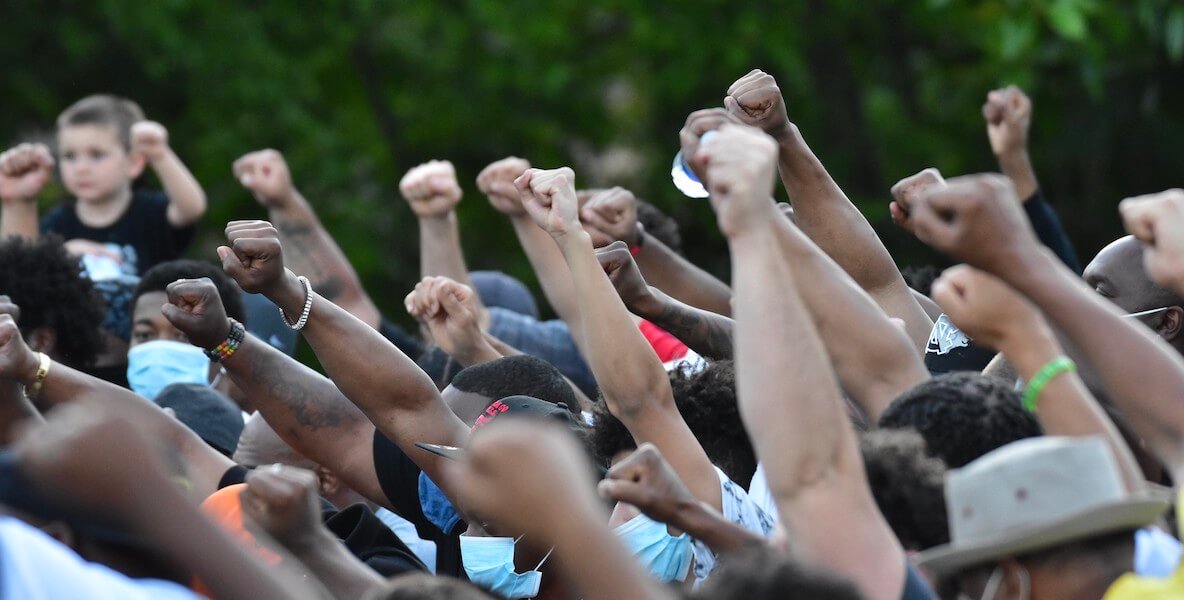 On the anniversary of George Floyd’s murder, let’s remember that the work towards racial justice is not over. Here, 13+ ways to make change

On the anniversary of George Floyd’s murder, let’s remember that the work towards racial justice is not over. Here, 13+ ways to make change

A few days after the videotaped police murder of George Floyd, writer James Peterson observed in The Citizen of the long history of Black people in America:

America’s knee is on our neck. We can’t breathe.

The nearly nine-minute video is a marker for the slow genocide of Black people in America. That a nearly nine-minute video can encapsulate our anguish—some semblance of our pain—excavates the irony of our endless mortality. They can kill us quickly, but our deaths are slow. The slow death has been creeping into and through our community’s entire existence since the beginning of this American experiment.

A year later, so much has happened. And it would be wonderful if one of those things was an end to the brutal murder of Black Americans at the hands of police. Instead, almost 200 Black people have been killed by police since last May, according to the research group Mapping Police Violence—including six in the 24-hour period around when Derek Chauvin was convicted of Floyd’s murder.

Hopefully 2020 will be remembered as a year that propelled a reckoning on race and on policing in America. For now, the work for real, lasting change still continues—and it takes all of us.

Here are some ways to keep the momentum of change going:

Demand a change in policing

As we’ve reported over the last year, better policing can and does exist: In training on how to deal with people suffering from mental health issues, and how to behave like guardians, not warriors; in rethinking the notion of what public safety is, so it is of and for the community, not against it; in keeping murderous cops out of the department; in peer intervention policies that break through the blue wall; and in upending the police unions that protect—and even celebrate—violent cops on the force.

Also, see the resources and join the efforts of Campaign Zero, a national nonprofit pushing for policing policy reforms.

Speaking of the police union …

The City is currently in negotiations with the Fraternal Order of Police for their next three-year contract. Public comment on the process is closed for the time being, but that doesn’t mean you can’t let the mayor, city councilmembers and the FOP know you are paying attention and expecting real accountability and change.

Without 17-year-old Darnella Frazier’s 10-minute cell phone video of Chauvin killing Floyd, which set off an international racial justice movement, the officer might never have faced a trial or been convicted. Until police brutality is a thing of the past, we need people like Frazier to record police interactions. Find out how to do that safely and ethically with this checklist from Witness, a nonprofit that trains citizens to use technology to protect human rights.

Bail people out of jail

So they don’t lose their jobs, their children and their homes—before they are even convicted of a crime. Donate to either Philadelphia Community Bail Fund or Philadelphia Bail Fund, which help with the expenses for people who have been granted bail by a judge but can’t afford to pay it.

Small businesses owned by people of color have been the most left out of government loan programs—and the failure of a whole swath of the economy threatens to wreak havoc on already poor communities in Philadelphia. Check out our list of Black businesses that also give back to their communities; order takeout from this list of Black-owned restaurants; have food delivered through order food through Black and Mobile, which is like Caviar for Black-owned restaurants. If you’re a business owner, join the Chamber of Commerce’s Diverse Procurement Collaborative, an effort to diversify the local supply chain with more Black and brown businesses.

Support Philadelphians who are working to bridge race relations

RELATED: With the People’s Kitchen, Philly chefs serve those in need with a side of social justice

Last summer’s racial justice protests spurred companies large and small to promise more diversity in their workforce, at all levels. But how many are willing to share the data to hold themselves publicly accountable for fulfilling that promise? Just Capital’s Corporate Racial Equity Tracker has compiled the data for the 100 largest companies in America, including a look at which ones are open about their hiring and promotion practices. It also keeps track of anti-discrimination policies, pay equity, education and training programs, response to mass incarceration and community investments.

Or are you yourself a shareholder? You have the power to insist the companies you invest in do right by the community. That’s what happened at DuPont a couple weeks ago, when work by shareholder advocacy group As You Sow successfully pushed for an investor vote to demand transparency in the Wilmington company’s diversity and inclusion efforts. The resolution pushing the company to release data passed by 84 percent over the objections of management.

Say you’re pro-criminal justice reform, and would never invest your money in private prison companies. How can you be sure your 401k or other retirement investments are aligned with your values? As You Sow can help with that, too, with a tool that issues a letter grade for how mutual funds and other investment platforms rate on social issues like criminal justice, race and the environment.

RELATED: This nifty tool makes it easier to invest in mutual funds you believe in

The rush to buy anti-racists books and sign up for racial awareness programs last summer was a good start. But keep it going by picking up books by and about the experience of Black people in America. Here, a list from Ibram X. Kendi from The New York Times in 2019, and another from Business Insider earlier this year to get you started.

It’s hard to believe this is a conversation we’re even having. But in the wake of last summer’s events and November’s presidential election, Republican legislators in Pennsylvania are joining states across the country in trying to make it harder for people to vote—particularly, you guessed it, people of color and those who have a more difficult time getting to the polls on (inconvenient) Tuesdays. Pay attention, call, email, stand outside the Capitol with signs, demand corporations speak out. No less than democracy is on the line.

And, of course, vote

Make sure you are prepared and know how to vote in PA in the next election. Then choose candidates who are sincere about change, who have the political skills to get stuff done, and who are brave enough to face down those who benefit from the status quo. As Larry Sabato at UVA’s Center for Politics puts it: “Every election is determined by the people who show up.” Let that be you.