From the American Nurses Association: comprehensive resources on workplace violence and state protections pertaining to violence against healthcare workers.

We hope to do that in our Good Citizenship Toolkit, which includes a host of ways to get involved in Philadelphia—whether you want to contact your City Councilmember to voice your concerns about protecting women in the workplace, get those experiencing homelessness the goods they need, or simply go out to dinner somewhere where you know your money is going toward a greater good.

See Yasmine Mustafa share her story and how she uses her experiences to create safer workspaces. Yasmine Mustafa to the Rescue (Again)

The Philly wearable device innovator is now answering the call to keep healthcare workers safer, too

Yasmine Mustafa to the Rescue (Again)

The Philly wearable device innovator is now answering the call to keep healthcare workers safer, too

As a child, she and her family fled Gulf War-torn Kuwait. Since then, for most of her life, she’s been undocumented, vulnerable to abusive employers, yelled at by strangers to “Go back to your own country.” During her travels through South America, she learned of an endless stream of attacks on women. She’d seen the same in our own very high-crime city, including in her neighborhood.

And, she believed she could do something to help. “I’ve always had this naïve mentality that one person can make a difference,” she told the Citizen in 2015.

A graduate of Temple University’s Innovation and Entrepreneurship Institute, she created an advertising plugin that she sold to WordPress and brought Girl Develop It, a nonprofit that teaches women coding and web development, to Philly.

“There’s this pent-up rise of incivility. We’re more on edge than we’ve ever been. There’s increased yelling, harassment, abuse,” says Mustafa, “I realized we could really be there to help people.”

In 2014, she co-founded ROAR for Good, a business that builds wearable, wireless panic buttons. Her first device was Athena, which, with a push, sounded an alarm, lit a light, and called 9-1-1. Mustafa wanted to get it in the hands of the most vulnerable. She gave a TEDx Talk about it, crowdfunded nearly $300,000 for it, won awards for it — and then had to reinvent it when manufacturing costs made it unaffordable to her intended consumers.

In 2018, she turned her B-to-C company into a B-to-B, adapting her device to hotel workers, specifically housekeeping staff, who experienced sexual harassment on the job at a rate of 58 percent. ROAR went on to supply Hilton and Marriott hotels nationwide.

Then came the pandemic. Everyone was home. No one was traveling. Demand decreased. What increased, however, was violence against healthcare workers.

So, she pivoted. Again.

According to the Bureau of Labor Statistics, workers in healthcare and social services now face the highest rates of workplace violence across all industries. An April survey of 2,500 nurses from National Nurses United, the country’s largest nursing union, said 48 percent of nurses working in hospitals reported an increase in workplace violence, up from 31 percent in September 2021. OSHA has said the problem has been around for a while now. 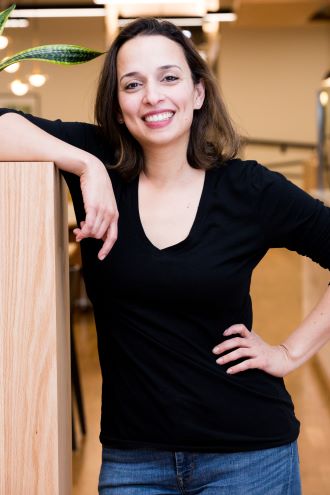 The pandemic has exacerbated matters, as has nationwide healthcare burnout and staffing shortages. There’s been an industry-wide outcry for stronger security to protect remaining workers — and to rebuild in order to attract new ones.

The American Hospital Association has been lobbying for federal funding for increased security measures. In May, Wisconsin Senator Tammy Baldwin introduced the Workplace Violence Prevention for Health Care and Social Service Workers Act, a Senate companion to a bill that passed the House in April 2021 with bipartisan support.

Hospitals, the places we go to heal, assuming we are safe there, are not just sites of mass shootings, as earlier this month in Tulsa, Oklahoma, or workplaces an employee can sneak an assault rifle into, kill a coworker, escape, and go on to shoot two police officers, as last October in at Jefferson. They’ve also become a hotbed of everyday aggressions against healers.

“There’s this pent-up rise of incivility. We’re more on edge than we’ve ever been. There’s increased yelling, harassment, abuse,” says Mustafa, “I realized we could really be there to help people.”

Last year, an advisor connected her to Doug Maier, the CFO of BeWell, a 296-bed, inpatient acute and residential behavioral center specializing in addiction at 8th and Girard. There are more than 6,000 hospitals in the U.S. and 14,000 addiction centers.

During the pandemic, BeWell experienced increased demand for services — and decreased ability to be in groups, because of social distancing protocols. “People were knocking on our doors,” says Maier. They hired more staff, but incidents of violence were almost inevitable. “Oftentimes, our nurses and mental health workers were working one-to-one with a client. If a client becomes physically abusive or a danger to themselves, and one person is in the room … It becomes about numbers.”

Like most healthcare facilities, BeWell has help buttons on walls, but, “the downside of a static panic button is, you have to be there to push it,” says Mustafa. A wearable button, however, goes wherever you are.

On any given shift, about 94 BeWell employees are wearing activated devices that get coded when they clock in and turned in when they leave. When a button is pressed, it alerts the closest person who can help, including security guards trained in de-escalation. Maier estimates an AlwaysOn button gets pressed once every few days, which he considers infrequent.

The cost: $1 to $2 per employee per day over a five-year period. The cost changes based on facility size and needs. Mustafa says a large hospital system could require 20,000 buttons.

After one year, the ROAR-BeWell partnership reported a 39 percent decrease in year-over-year incidents of violence and a 20 percent increase in employee satisfaction with workplace safety. But maybe not just because the system worked, or works, well.

Maier says the very visible buttons, along with signage throughout the facility that remind staff, clients and family, act as deterrents. “So much of the work is prevention. Having these devices is like having a big security guard popping up out of nowhere,” he says, “A mental health worker told me a client was acting up and they pointed to their button and said, You see this? Don’t make me do it. Mustafa agrees and compares the system to ADT stickers.

It’s a boon to clients, too. Knowing ROAR is there “influences those families as to where they should send their relative who has a medical or psychiatric need,” he says.

Nonetheless, Mustafa emphasizes that functionality is paramount. ROAR can now update its tech remotely, and has two backup suppliers on standby, in case their original one can’t meet demand.

She might just need to go to her second string. Mustafa has been talking with a large hospital system in New Jersey, and, for the first time since 2018, “We are getting more interest from healthcare than from hospitality,” she says. She has expanded her team to 28 full-time staffers. She declined to comment on the company’s profits. But, with the promise of federal funding, she is poised to take ROAR to healthcare locations nationwide.

As for after healthcare? Lately, Mustafa has been thinking a lot about potential applications in school settings.

“What we’re learning within healthcare is, the knowledge of the system reduces the likelihood of violence happening,” she says. “I’m interested in: What could our system do for the peace of mind of teachers? Could it help with bullying? Schools are installing metal detectors, which are not cheap, or, from what I’m hearing, effective. What if we could prevent violence from happening in the first place?”

What To Do About School Shootings

Guest Commentary: Who will step up to respond to our city’s mental health crisis?