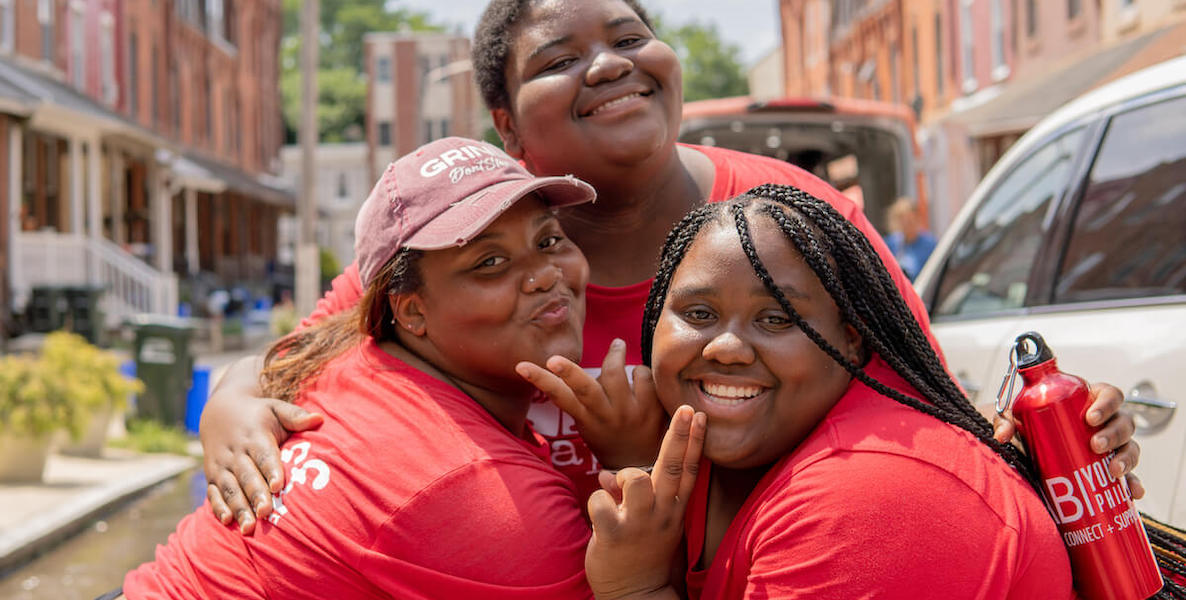 42 teens ran neighborhood play spaces around Philly this summer, engaging younger children while learning to be leaders themselves. Here, a look at some of the joy they shared.

42 teens ran neighborhood play spaces around Philly this summer, engaging younger children while learning to be leaders themselves. Here, a look at some of the joy they shared.

This year, 42 Philly teens applied and were accepted to be red T-shirt-wearing Play Captains, paid positions helping neighborhood kids have some educational fun over the summer.

Rebecca Fabiano (pictured below, far right), a youth workforce development consultant and owner of Fab Youth Philly, created the Play Captains Initiative in 2017. Although the program ultimately works with younger kids, its main focus is engaging, enriching and employing teens. The Initiative consists of several weeks of training, followed by more weeks of activities on a handful of the city’s 200 or so residential Playstreet blocks, plus some Philadelphia parks. 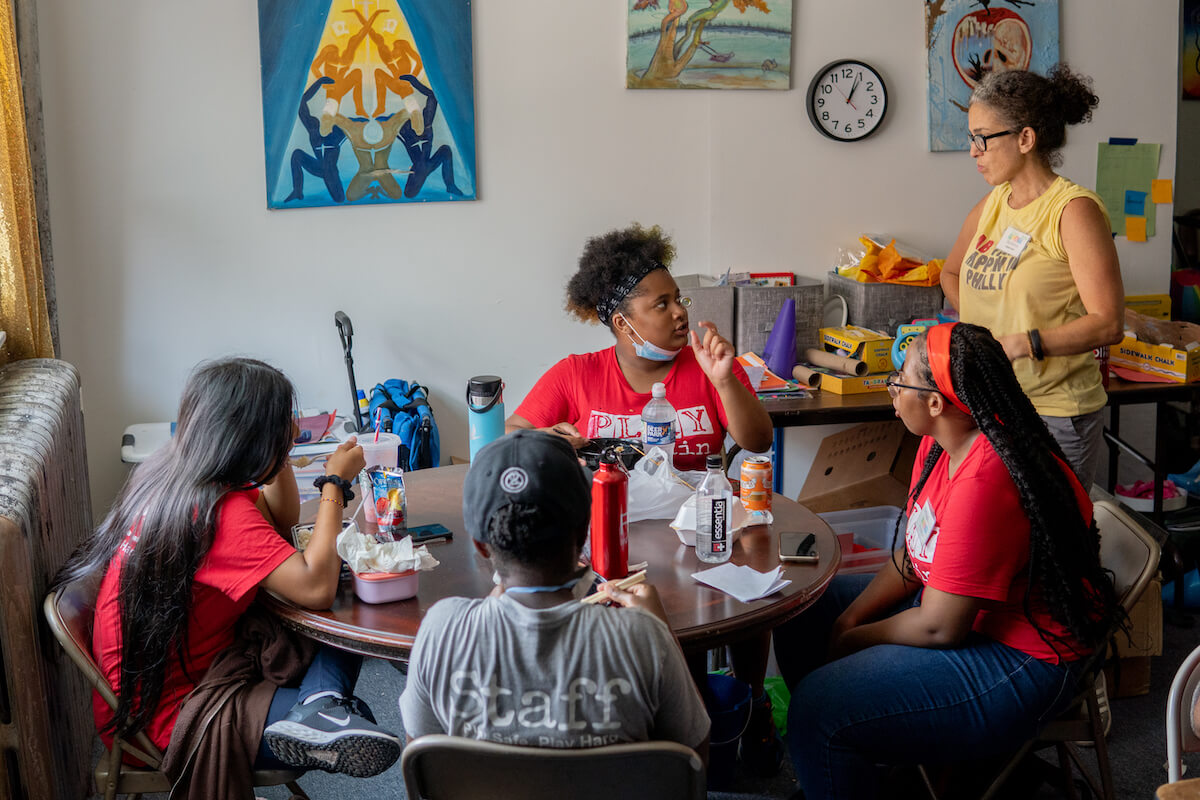 Playstreets are the blocks Parks and Recreation (and the PPD) close to cars so kids can play outside and pick up some of the free food they miss out on when school is out.

In recent years, Parks and Rec has asked arts, cultural and community groups — and Fabiano’s — to help get kids out of their houses and to combat the summer slide, the over-the-break tendency of students, especially under-resourced kids, to lose some of the knowledge and skills they’d gained during the school year. (Below, Play Captains learn and help facilitate a lesson in urban farming.) Play Captains ages 14 and up are assigned to one of five sites in West Philadelphia and North Philadelphia. They train for a few weeks together, learning children’s games, practicing elevator pitches, making presentations, and playing games among themselves to hone leadership and cooperation skills. Play Captains also learn how to stay safe, especially how to help themselves — and the 200 kids they spend time with — get out of the way of gun violence.

For many Play Captains, this is their first paid job. Divine Frazier (above, left) and Lakhyyah Whitney (right) lead the group of Play Captains to their assigned Playstreet at Green and North 40th streets.

Here, a look at some of their stories: “I really like my team and working together and playing with the kids. I enjoy putting a smile on their faces and making their day,” says Play Captain Raafiq Glaspie, 15 (above center), pictured with Lakhyyah Whitney (left) and Tayonnie Lozada (right). “I now think I can better collaborate with my teammates on any project,” says Makih Hemehill, 15. In preparation, the Play Captains assemble carts full of games, books, and crafts to engage with local children in a variety of ways. A community member picks up food on the Playstreet outside of the New Church Down the Way on Ogden Street in Belmont. A boy rides his bike through the mist of an open fire hydrant on a Playstreet.

MORE PHOTO ESSAYS FROM THE CITIZEN