Home » Politics » Guest Commentary: “The Stakes of the D.A. Primary Could Not Be Higher”

Here’s one more reason to vote this year:

You could win $1,000, just for casting a ballot by mail before, or in person on, May 18, through The Philadelphia Citizen’s 2021 Municipal Primary Voter Lottery. (See here for rules and regulations.)

Billy Penn put together a comprehensive report card taking a closer look at the promises Krasner made back in 2017—abolishing cash bail, holding the PPD accountable, decriminalizing minor offenses, reigning in civil asset forfeiture and more—and how well he’s followed through during his first term. 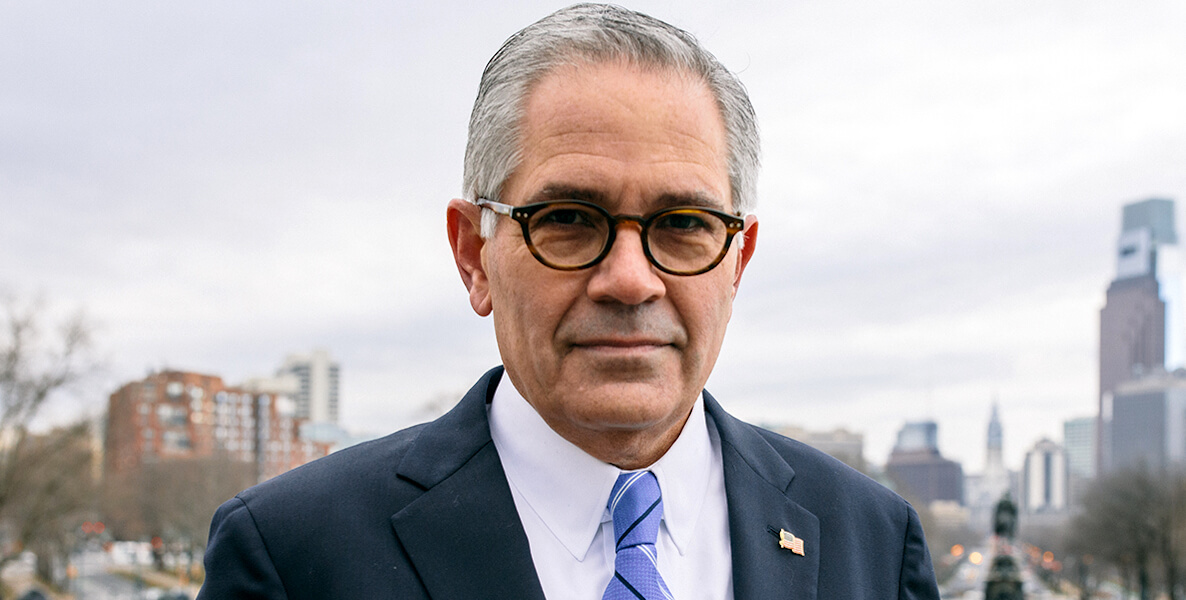 In 2017, I ran for Philadelphia district attorney as an outsider and political unknown, promising to take back power from government and make it work for us. Our long-shot campaign won with more votes than any Philly D.A. candidate in at least 20 years. In the most over-incarcerated and over-supervised big city in the U.S., we made promises and kept them.

Our administration reduced future years of incarceration by 50 percent; reduced future years of parole and probation supervision about 65 percent; reduced the number of juveniles in snake-pit juvenile facilities by 80 percent; treated kids like kids; pushed for the elimination of cash bail; vigorously held police accountable; protected and supported victims and immigrants and workers in unprecedented ways; got innocent people out of prison—18 have been exonerated so far in an office known for cover-ups and false convictions.

Keeping promises is rare in politics. It is your supporters’ hope and what your opponents hate. And nobody hates the promises we kept more than the FOP’s “leadership.” I stress “leadership” because they are so unlike our current, active police officers—a more modern, thoughtful and diverse group of police officers. By contrast, the FOP’s leaders are an all-white, all-male, all-Republican crew who embarrassed much of their membership by twice endorsing the most criminal president of our lifetimes, Donald Trump. FOP “leadership” also called Black Lives Matter “a pack of rabid animals,” defending an officer who showed a visible Nazi tattoo while in uniform, drinking with the Proud Boys in the officers-only section of FOP (a fact they falsely denied until the Proud Boys’ social media revealed their lie).

The FOP has endorsed its candidate, Carlos Vega, through a supportive outside PAC (“Protect Our Police PAC”), which has received at least $500,000 from a racist, anti-union donor who has given $20 million to Donald Trump. Yet Mr. Vega claims to be a “reformer”.

Carlos Vega spent 35 years working as a prosecutor in Philadelphia, from 1982 until 2018. He thrived in that environment and dedicated his entire legal career to it. That fact is nothing to brag about. During that period, Philadelphia served as ground zero for mass incarceration in the country, with harsh punishments disproportionately meted out to people of color, especially Black people. Vega’s boss for 20 years, D.A. Lynne Abraham, was dubbed the “Queen of death,” because her homicide prosecutors sent over 100 people to death row. Over 82 percent of the people from Philadelphia who are currently on death row are Black. Philadelphia’s homicide prosecutors also led the country in life-without-parole sentences, 84 percent of which were imposed upon Black people.

In all that time Carlos Vega, the self-proclaimed “reformer” never took a single meaningful step that would be categorized as reform. Instead, he put people on death row and was a team player in an office rife with prosecutorial misconduct, an office that looked the other way as police officers lied, coerced confessions, manufactured evidence, and committed crimes knowing they would rarely, if ever, be held to account.

Despite his claims that he believes in reform, Vega has never once spoken out about this culture or renounced it because he believes in it. In a 2017 deposition, for example, Vega testified under oath that at no point in his 35-year prosecutorial career had he ever personally handled or even heard about a case where the police coerced a confession, lied about one, or fabricated or planted evidence. Vega was either completely oblivious to what was happening in this city or lying, because in 2013, the Philadelphia police narcotics unit had planted evidence in over a hundred cases.

Keeping promises is rare in politics. It is your supporters’ hope and what your opponents hate. And nobody hates the promises we kept more than the FOP’s “leadership”.

Worse, he refuses to acknowledge his own role in perpetuating a system of injustice and feels aggrieved when it is pointed out. In 2015, he vigorously prosecuted Tony Wright, a man who spent 25 years in prison for a murder he did not commit until DNA exonerated him and proved that police officers coerced a confession and framed him.

Vega, fully aware that DNA proved Wright was innocent (and had identified by name the actual perpetrator) and another ADA re-prosecuted Mr. Wright anyway. Vega cross-examined Mr. Wright for 59 pages of the transcript. He participated in the trial 900 times. He presented the direct testimony of the police officers who DNA proved had coerced the confession—the same officers involved in at least six wrongful convictions identified by my office (and who have since contributed to Vega’s campaign).

The jury acquitted Mr. Wright in less than an hour. The City paid Mr. Wright $10 million in tax funds for the outrage of his false conviction and unconscionable second prosecution by Vega.

Rather than say “I am sorry” or recognize his abhorrent behavior, Vega is trying to pass it off as someone else’s fault, as if he weren’t even there. His recounting of the case is Trumpian: he acts like he had no moral failing despite his role trying to take away a man’s liberty. The reality is even more disturbing: he believes what he did to Tony was righteous. He has said under oath that despite the DNA, the planted evidence, and the coerced confession, he was right to bring the case forward. No one who lies so comfortably should hold office.

But Vega’s lying to win goes beyond courtrooms—he lies to win campaigns as well. In last week’s op-ed for The Citizen, he falsely claimed that none of his trials were ever “overturned due to misconduct.” One doesn’t need to search far for the lie: In Commonwealth v. Jose DeJesus, Vega gave a closing argument in a death penalty case so outrageous and improper that the Pennsylvania Supreme Court not only overturned DeJesus’ death sentence, but created a new rule that, if any prosecutor made the same type of argument in the future, it would lead to an automatic reversal.

He has likewise lied about diversity in our own office, ignoring that we have increased the number of African American prosecutors by 57 percent so far, and have hired new attorneys for our September class who put us on track for a 100 percent increase in less than four years.

The stakes of the upcoming district attorney primary could not be higher. I want to be clear about the choice before voters. The upcoming election pits our campaign for truth, progress, police accountability and fairness against my opponent’s campaign of lies, a return to past injustice, pandering to the FOP “leadership” Vega will inevitably serve, and unbalanced justice worthy of Lynne Abraham and Frank Rizzo. Philadelphia cannot afford to go backward.

Larry Krasner is district attorney of Philadelphia, and running for re-election in the May primary.