“New Orleans today is a premier policing turnaround story. It’s proof positive of the transformational nature of a reform that was not mandated by the Justice Department: The department’s EPIC program, which has done more than anything else to confront and reverse the corrosive “blue wall of silence” tradition that infects police departments nationwide.”

You can send her links to EPIC’s training materials, available to Police Departments across the country:


to this story in CitizenCast

“In EPIC training, one of our role-play scenarios was about how to respond if a subject spits at you. The day after I took the training, I apprehended a subject who had previously evaded arrest. He was resisting being handcuffed, and as I was restraining him, he turned and spat right in my face. Everything seemed to happen in slow motion. I was thinking, “We just talked about this!” I did what we had done in the role play – I turned the subject’s head away from me so he couldn’t do it again. I got him into the vehicle and took him to the station with no further incident.”

Hear more from officers who have benefitted from EPIC’s training. 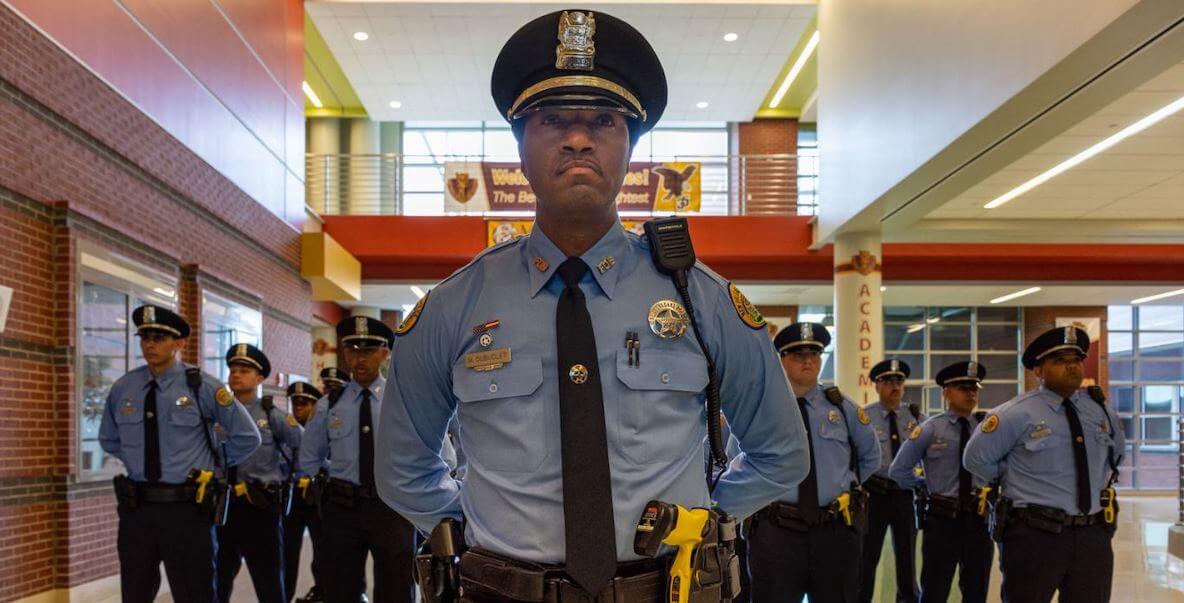 Ideas We Should Steal: Ethical Policing

The New Orleans Police Department has been remade thanks to an innovative peer intervention program. Can the Philly PD undergo a similar culture change?

Ideas We Should Steal: Ethical Policing

The New Orleans Police Department has been remade thanks to an innovative peer intervention program. Can the Philly PD undergo a similar culture change?

When you first see the video, it’s the hand in the pocket that jumps out, isn’t it? It suggests a preening nonchalance, a privileged hubris, a not-a-care-in-the-world affectation…until, that is, zooming out, you see the human being, begging for mercy—calling for his mama!—under that knee.

Is there more of a personification of evil than that juxtaposition?

But look closer. What might be just as chilling is the watchful eyes of those three other hovering cops. How? Why? Their complicity seems like confirmation of what many have suspected for some time: That something cultural is afoot, that the longstanding “just a few bad apples” excuse is just that, a talking point meant to cover up for a para military culture that demeans and devalues black life as a matter of course.

Here in Philly a couple of years ago, the outrage du jour was a slew of vile racist and misogynistic Facebook posts by cops, including commanders. Even before that, it came to light that an officer in the narcotics unit would regularly drive to work every day in a car decked out with Confederate flag memorabilia, for all to see. Everyone knew, but no one said a word.

How many apples does it take to infect an entire bushel, after all? As scary as the hand in the pocket is, the silence of those other men who had sworn to protect and serve in Minneapolis, just like the silence of the Philly cops who knew that one of their own advertised pro-slavery tropes, chills even more.

Now that we’re seeing far too many examples of over-aggressiveness in the police response to the protests, it’s appropriate to wonder: How do you take on a culture that produces such cold-bloodedness? Look to New Orleans.

It was only eight years ago that the Big Easy was Exhibit A in how not to police. For years, they’d been seen as one of the nation’s most brutal and corrupt forces. How bad was it? Two cops were once sentenced to death for orchestrating a murder. Others moonlighted as muscle for drug kingpins.

During the horror that was Katrina, hundreds of New Orleans cops literally deserted their posts, opting to flee rather than protect. Six others infamously shot at unarmed civilians on the Danziger Bridge, killing two citizens, and then covered it up.

When an officer killed an unarmed black man in 2012, the department was placed under a federal consent decree by Barack Obama’s Justice Department. (Ah, nostalgia…) Throughout the nation, consent decrees—court-approved agreements with the Justice Department that hold police departments accountable for reform—have proven effective at reducing “patterns and practices” of brutality against black people, though that didn’t stop the Trump administration from watering down, to the point of near extinction, all such agreements it had inherited.

“I’m number three in the chain of command, and my EPIC pin gives permission to a brand new recruit in advance to call me out if he sees me doing something that’s not right,” says New Orleans’ Noel.

Nevertheless, New Orleans today is a premier policing turnaround story. It’s a testament to the power of consent decrees, yes, but also proof positive of the transformational nature of a reform that was not mandated by the Justice Department: The department’s EPIC program, which has done more than anything else to confront and reverse the corrosive “blue wall of silence” tradition that infects police departments nationwide.

It stands for Ethical Policing Is Courageous, and it’s a training program that teaches “active bystandership” and “peer intervention,” empowering rank and file officers to intervene without fear of retaliation when a colleague, say, lies on a report, plants evidence, or assaults a citizen, thereby stopping bad acts before they happen.

“What especially disgusts me about what we saw in Minneapolis is that we’ve seen here that you can make that kind of misconduct preventable,” says New Orleans Deputy Superintendent Paul Noel, who notes that some form of the program is now used by over three dozen departments—and the FBI at Quantico.

EPIC is based on the research of Dr. Ervin Staub at the University of Massachusetts at Amherst, which shows that whether humans react as passive or active bystanders depends on the behavior of those around them. Once one bystander intervenes, others follow, creating peer pressure. Moreover, failure to intervene tacitly approves deviant behavior.

“It’s easier to be a passive bystander,” says Noel. “When I was a young cop, and

you saw something wrong, the older veterans would tell you just to look the other way. Don’t get involved. I was a 20-year-old rookie, serving with guys who were Vietnam war vets. You know the courage it takes to say to them, ‘You shouldn’t be doing that’? EPIC is a contract between officers that you’re expected to intervene. I want someone to save my career by telling me, ‘We don’t do that here.’”

EPIC is now in its fifth year, the brainchild of a team led by then-New Orleans Chief Michael Harrison, who has brought the program to Baltimore, where he’s now police chief. Here’s how it works: Every officer undergoes eight hours of training, which includes role-playing, multimedia instruction, and the study of relevant case law; as evidenced by the EPIC Program Guide, it’s a rigorous curriculum.

But there are likely plenty of academic-informed interventions that haven’t made a dent in blue-wall culture. Why has it worked in New Orleans? In part, because EPIC is not just theory; it has proven successful in other industries.

“This research has been out there a long time, going back to the ’60s and ’70s,” says Lisa Kurtz, the department’s innovation manager in its Performance Standards & Accountability Bureau. “Peer intervention strategies have been used by hospitals, colleges and universities, and in the airline industry. But we hadn’t tried it in law enforcement.”

Perhaps more than the science behind it, how New Orleans implemented EPIC has been critical to its success. The top brass bought in; rookies were trained alongside the chief and his commanders. The union came on board. In a nod toward how culture can become contagious, most officers voluntarily wear an EPIC pin on their uniform.

“I’m number three in the chain of command, and my EPIC pin gives permission to a brand new recruit in advance to call me out if he sees me doing something that’s not right,” says Noel.

As scary as the hand in the pocket is, the silence of those other men who had sworn to protect and serve in Minneapolis, just like the silence of the Philly cops who knew that one of their own advertised pro-slavery tropes, chills even more.

Even critics of police sing EPIC’s praises. Longtime New Orleans community activist Ted Quant told the judge overseeing the consent decree that EPIC’s success could be judged by all the headlines of scandal that were suddenly not being written. Which gets to the unique challenge of EPIC: It’s hard to measure what you’ve prevented from happening.

“No one is required to report any EPIC intervention,” says Kurtz. “If the intervention is successful, and no malfeasance has taken place, it stays between the two people involved.” That said, while there’s no proof of correlation, the number of citizen complaints and examples of excessive force on the part of police have steadily gone down since EPIC was adopted, while surveys show that citizen satisfaction with police has risen.

Kurtz and Noel and their team have taken their show on the road, training other departments in their culture-changing ways. A few years ago, Noel says he had a brief conversation with then-Philadelphia Commissioner Richard Ross about EPIC, but he hasn’t met or spoken to Danielle Outlaw yet. Noel and Kurtz report that they’d be open to having a conversation.

The timing couldn’t be better. For decades, a lot of us thought change would come as a natural byproduct of diversity. More African-American mayors and police chiefs, combined with a more diverse rank and file, would usher in better, more holistic policing. What’s clear, now, is that more intentional strategies like EPIC are required.

“Police leaders get caught up in our own agency, and we forget how every little thing we do in Anytown, USA, affects the whole industry of policing,” says Noel. “As a profession, we need to adopt these standards. What happened in Minneapolis sickens me. But it’s proof that we absolutely have to change.”