with Make It Right PHL

If you’re ready to take the next step, you can browse the Make It Right PHL website for some ideas for getting involved. (You can also check out our Do Something pages right here at The Citizen for even more ideas!)

The best ways to get involved

For even more ideas, check out our Do Something page:

From The Citizen
Do Something!
A One-Stop Shop For Helping You Make Philadelphia Better 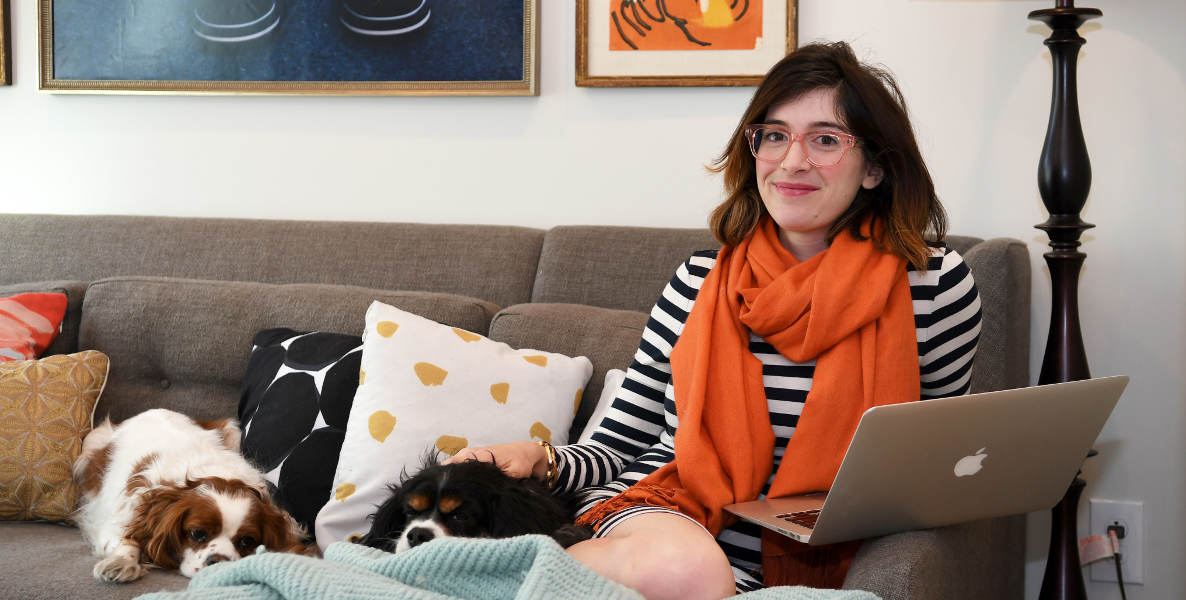 Citizen of the Week: Justine Haemmerli

Citizen of the Week: Justine Haemmerli

While much of the city was paralyzed by shock in the early morning of November 9, Justine Haemmerli was already taking action. The 32-year-old from East Passyunk seized the moment to bring to life something she had been thinking about for four years, since she moved to Philadelphia—this “little website” and Facebook group on which to post articles about ways local groups and individuals can take action to make Philadelphia better. After the election, her intention, at first, was to nod to her friends in the midst of their hopelessness, a way to say “check this out.”

Little did she know that in a mere 48 hours, 800 people would join her group, Make It Right PHL—or that these people would be ready to band together to volunteer, meet up, sit-in, and otherwise civically engage with the city of Philadelphia.

Now, with over 1,600 members of the Facebook group and 40 organizations signed up on the website, Make it Right PHL has become an all-purpose clearinghouse for Philadelphians who are looking for a starting point and a supportive community where they can transform their grief into meaningful civic action. Together, members of the group created and now contribute to a community calendar; donated more than $13,000 to local groups for Giving Tuesday; organized a book club (first up: Arlie Russell Hochschild’s “Strangers in Their Own Land: Anger and Mourning on the American Right”, to help them understand Trump supporters); and member Ben Waxman created the “Philly Says No To Hate” signs that are popping up in shop windows around town and are available to download on the Make it Right PHL website.

Haemmerli, whose business Pedalogical helps nonprofits with strategy, community- and capacity-building, is a former teacher and administrator in New York City. Her experience working with community groups has helped her understand both the needs of the city, and the ways in which people together can make a difference. In the midst of her unexpected Make It Right PHL success, she took a few minutes to talk to us about her aspirations for this blossoming community.

Jane Levy: Why, after thinking about starting Make it Right PHL since you moved to Philadelphia four years ago, did you decide to create it now?

Justine Haemmerli: Over the past four years, I have had the opportunity to meet a ton of wonderful, engaged, thoughtful people, and great nonprofits and volunteer groups. I’m the president of a volunteer board, and I’ve learned a lot about volunteering through my work. It is so much busier here than in New York; everyone kind of wanted you to just write a check there. Here, there are so many ways to get engaged, but what I noticed was that people were saying, “I want to get involved, but I just don’t know where to start.” Even though I thought about this a long time ago, I didn’t feel that there was going to be enough energy around it. But, after the election, I thought that this might be something that people really want and need. My response to things is to be sad for two seconds and then to do something. So, I did.

JL: Why is this community important, specifically for Philadelphia?

JH: First of all, thanks a lot Pennsylvania for screwing up this election! I mean, if you look at the [dismal] millennial voter turnout, it’s just shattering. Are you kidding me? I’m a millennial, and in my echo chamber that I live in, everyone is super engaged. So, I think there are the super engaged folks, there are the ones who don’t talk or care about politics and are so far away from ever being engaged, and then there is that middle section with those on the cusp, who want to do something, but don’t know how. And I think there are a lot of those people in Philly.

I also love Philadelphia as an adopted home. It’s kind of magical when you start digging into how much good is being done and how many people are doing work here that is in support of other human beings and living creatures. So I feel that there is a possibility for us to be a model as a city for citizen engagement. There has been a lot of national curiosity about Philadelphia and international interest in the city––with the Pope’s visit and the DNC, we’re getting a light shined on us. And I think that this is a moment that we can step into that light and demonstrate what it looks like to rally our citizen troops and to be a diverse city with a lot of problems that is working collaboratively and creatively to solve them. We’re sort of like a hidden gem. We’re more than cheesesteaks and a bell.

JL: How can people get involved with Make it Right PHL?

JH: The first way to get involved is to join the Make it Right PHL Facebook group if you’re on Facebook. People are sharing resources, articles, and events. We have a community calendar, and someone’s organizing a book club, other members are coordinating a public art project, and one of the members was inspired to make signs that are now at City Hall for free distribution and around Philadelphia. Or,  people should look at the website. We’re doing little things to keep the energy up, like our Giving Tuesday campaign. Collectively, we aimed to donate $1,000 as a group, and by 9:30 am, we had contributed almost $3,000. By the end of the day, we raised over $13,000 for 127 organizations. There is always stuff going on and work to be done.

“It’s kind of magical when you start digging into how much good is being done and how many people are doing work here that is in support of other human beings and living creatures. So I feel that there is a possibility for us to be a model as a city for citizen engagement.”

JL: Knowing what you know now about the community, what are your aspirations for it going forward?

JH: My dream is that the Facebook group continues to be extremely robust and to grow, while maintaining a respectful, challenging, inclusive, diverse and thoughtful culture. I want this to be a true resource for people. I would also love for the website to get a little more polished and to have more resources and more organizations. I’m meeting with folks to talk about adding a blog to the site that will have a weekly action-to-take, so I am hoping to become more of a go-to resource for people trying to be engaged with Philadelphia.

And I would just love to be able to quantify year after year how being part of this community is helping people do good in the world––how many people are volunteering who weren’t beforehand, and how many people feel that they’re able to take social action and steps that they weren’t able to until they were given the tools. I’ve gotten a lot of notes from friends and colleagues and from people who I’ve never met before, who have said that this has been the tiny little beam of light in a very, very dark moment.