About the Forman arts initiative

Check out their slate of expert advisors, learn more about the vision and follow FAI to stay informed about upcoming grant opportunities and more.

How art can ignite social change 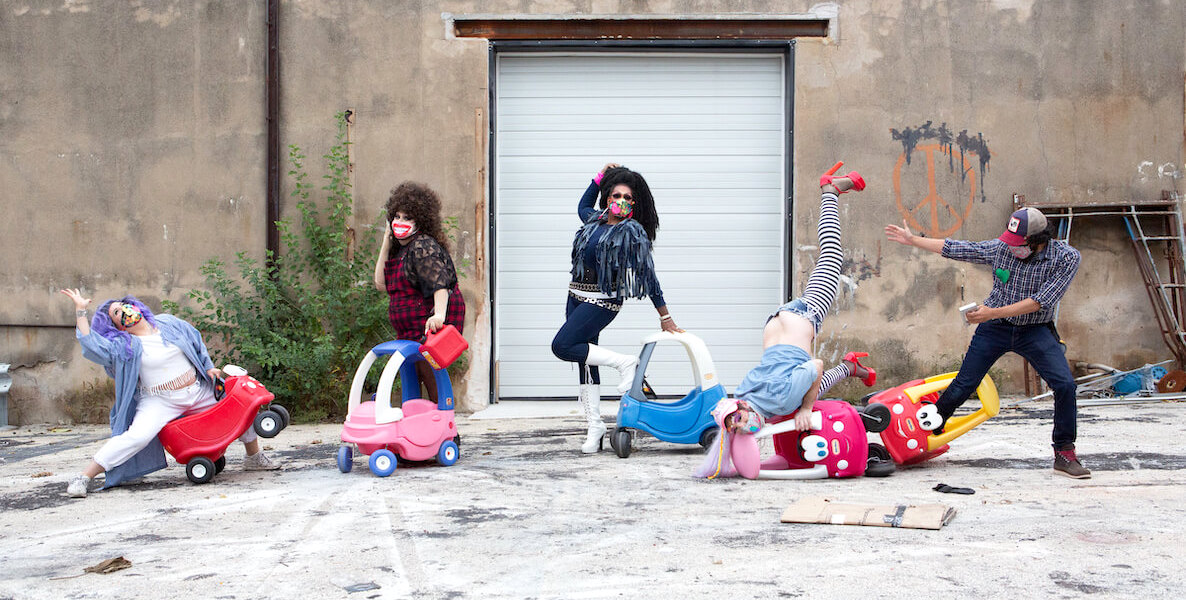 Forman Arts Initiative announced the first-ever grantees of its program to support local artists. Here, a look at who they are—and how they contribute to our thriving local arts scene

Forman Arts Initiative announced the first-ever grantees of its program to support local artists. Here, a look at who they are—and how they contribute to our thriving local arts scene

The great polymath Thomas Merton once said: “Art enables us to find ourselves and lose ourselves at the same time.” And in an era as tumultuous as the one we’re all living through now, nurturing our arts, and the role they play in our communities, seems more critical than ever.

That’s why, as The Citizen reported in early May, FS Investments founder/CEO Michael Forman and his wife, Jennifer Rice, launched Art Works, a partnership between their Forman Arts Initiative, the Philadelphia Foundation and Drexel University, to award $3 million in grants for community-based organizations and emerging artists, primarily those of color and from other underrepresented communities.

Learn more about each of the grantees below, and please continue to support the arts in Philadelphia in whatever way feels meaningful to you and your community—from our vibrant museum scene to restorative justice efforts, to projects uplifting youth, schools, wellness, and more.

Jose Ortiz-Pagan has worked as a printmaker, sculptor, painter and performance artist. Through his work, Ortiz-Pagan strives to facilitate community change, and he has previously worked with the Philadelphia Folklore Project, the Fleisher Art Memorial, and the Trust for Public Land in Philadelphia.

Jorge Rullán Fanatuzzi is a choreographer whose work has appeared in 14 performances for the Festival Ballet Providence, the Philadelphia Dance Theater, and the Cincinnati Ballet Company. Fanatuzzi’s most recent project with the Brooklyn Center for the Performing Arts helped provide access to classical art forms for underprivileged youth.

Tshay Williams is a filmmaker and screenwriter who focuses on making portraits that celebrate Black lives. Williams has worked with community-oriented media organizations including BlackStar Film Festival and Scribe Video Center. She is in development on her debut narrative short WITH MY OWN HANDS.

Bearded Ladies Cabaret is a group of cabaret and drag performers who draw inspiration from traditional theater, dance and opera to provide audiences with an intersectional experience of popular culture, sexuality, gender and artistic invention. You may recognize them as hosts of the now-cancelled Bastille Day Festival at Eastern State Penitentiary.

WATCH: Do You Want a Cookie by The Bearded Ladies

BlackStar creates the spaces and resources needed to uplift the work of Black, brown and Indigenous artists working outside of the confines of genre by producing year-round programs including film screenings, exhibitions, an annual film festival, a filmmaker seminar, a film production lab, and a journal of visual culture. Learn more about their work here.

Scribe Video Center is dedicated to teaching the art of media-making and exploring the use of video both as an artistic medium and as a tool for achieving progressive social change. (Insider tip: They’re also partnering with local nonprofits for an outdoor movie series beginning August 9.)