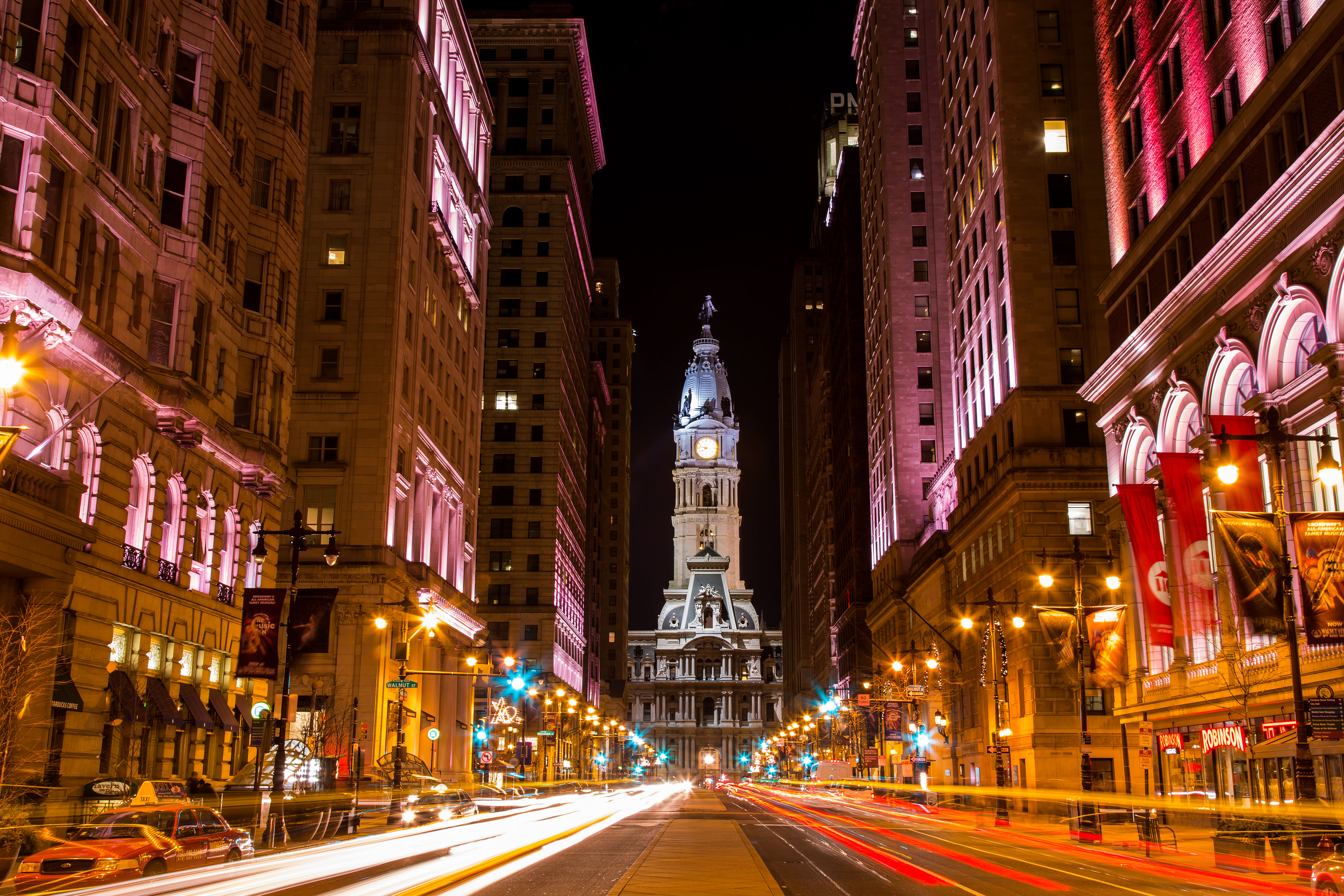 We caught up with a couple of the at-large Council candidates we’ve profiled, and tried to reach an elusive third. How’s it going?

We caught up with a couple of the at-large Council candidates we’ve profiled, and tried to reach an elusive third. How’s it going?

Today, the neighborhood school activist and Dilworth Paxson partner will be flipping steaks at Pat’s King of Steaks as part of his #Wyattworks tour. Earlier this week, Wyatt released his jobs plan and he’s calling attention to it by visiting places where people work—and listening to what small business owners say they need from their government.

“The owner at Pat’s kind of nudged me in the stomach and said I already look like I’ve been eating too many of his sandwiches,” Wyatt laughed when I reached him yesterday afternoon.

You hear that a politician is releasing a jobs plan, and often the eyes glaze over: You think government assistance, bureaucrats training job-seekers, hand-outs. There’s none of that in Wyatt’s plan. In fact, Wyatt’s plan is mostly a call for tax reform, and effectively resurrects a bill sponsored a few years back by then-Councilman Bill Green and Councilwoman Maria Quiñones-Sanchez. “Yeah, no points for originality,” he says. “This is really a call for the market to expand.” In effect, like that (failed) bill, Wyatt says that what is keeping Philly from being competitive with cities like New York and Washington, D.C., is the double-whammy of taxing a businesses’ net-income—profits—and their gross receipts tax, or total sales.

“This tax structure causes a huge disincentive to locating or headquartering a business in Philadelphia, by double-taxing those businesses,” Wyatt writes. “Business taxes alone have made Philadelphia 19 percent more expensive to run a business compared to the suburbs.”

Wyatt would eliminate the net income tax in exchange for a temporary, small increase in the gross receipts tax, which applies to all businesses conducting transactions in the city, whether they’re located here or not. Wyatt argues that cities that have similarly cut their business taxes have grown jobs: New York by 3.2 percent, Washington, D.C., by 13.7 percent and Boston by 18.1 percent.

In other news, Wyatt is having a blast. “I’m keeping a journal so I can remember all the people who helped me get smarter,” he says. “It’s more clear to me now than ever the way that schools and jobs and tax policy are all tied together. I’m learning everyday.”

One other thing that’s crystallized for Wyatt is that Council members should always remember whom they work for. “In the forums, one of the things that has emerged is that the PGW hearing didn’t happen at least in part because everybody was abiding by a certain Council culture,” he says. “I think it’s important to have a collegial culture in a legislative body. But it’s also important to keep in mind you’re not a representative of City Council. You’re a representative of the city in City Council.”

She has so far declined to speak with The Citizen, but this week longtime schools activist and educator Gym released an in-depth plan for funding the city’s schools. She sees a whole bunch of taxes in our future: She’d increase the Use & Occupancy Tax, tax parking lots and garages, and have large nonprofits go back to contributing PILOTS—Payments In Lieu Of Taxes.

In effect, Gym rejects the notion that our tax structure makes Philadelphia less competitive. “The key to creating a climate where job creation flourishes starts with our schools and our city services, not simply slashing business taxes,” she writes on her website. “As your Councilwoman, I will focus on competent, clean and efficient public transportation and ‘complete streets,’ first-class parks and recreation facilities, and transparent and responsive government. This is what will keep middle class families here, what will provide businesses with a vibrant, skilled workforce…”

It makes for a pretty clean debate, no? Wyatt and others in the race, not to mention most business owners, would no doubt argue that even if city services were top-notch, Philly will never be able to compete with New York and D.C.—let alone Bala Cynwyd—as long as we disproportionately tax that which can get up and move. Gym doesn’t buy the notion that businesses will move if their burden gets too high, or that they’ll simply pass that burden onto their customers. “Parking lot owners argue that they will raise prices if this happens,” she writes, “but basic economic theory suggests they are already charging as high a rate as they can.”

We’re hoping Gym will elaborate in this space soon.

The Republican upstart has been piling up the endorsements. The Philly 3.0 PAC gave him its nod (as it did for Wyatt.) But there’s also been the Fraternal Order of Police, AFSCHME, and The Inquirer. He’s hoping to get the support of the Black Clergy, as well.

Why’s his message resonating with such an eclectic mix? “People want good schools and jobs,” says the former Ralph Lauren executive. “If you stick to that instead of pandering, what divides us starts to melt away. This is doable. Our problems are fixable—or at least moveable.”

This week, Tracy released his “Path to Prosperity Plan.” Like Wyatt, he wants to eliminate the Net Income Tax; unlike Wyatt, he wants to more aggressively reduce the wage tax, as well. He’s calling for a “transparent dialogue” on the corrosive tradition of Councilmanic Prerogative, but in the most reasonable of ways. “Look, District Councilmen should have a certain amount of prerogative about what goes on in their districts,” he says. “But when it’s inserted into something like our smart Land Bank policy in a way no one ever had in mind, that’s going too far and holds us back.”

Tracy also believes we should take the next step in the PGW debate: Now that it won’t be sold, how do we maximize the utility’s impact on our bottom line? For years, PGW has been contributing $18 million a year to the General Fund.

“I’ve unpacked that,” Tracy says. “If you adjusted that for inflation, it should be about twice that much. And if you run it well—and the Council President agrees it’s not run well now—we should be able to make $60 million a year from PGW that can be earmarked for the schools.”

But the schools are in crisis and don’t have time to wait for PGW to become efficient. “So borrow against it,” Tracy says. “Any financial consultant will tell you there’s a pot of potential money there. Let’s use it.”

Like the other candidates we’ve talked to, Tracy is loving life—win or lose. “I gotta tell you, I was miserable at my job,” he says. “I was on a plane every four weeks. I’d stay in nice hotels but when my head hit the pillow every night, I’d be like, ‘This is not what I’m here to do.’ Even though I haven’t had a paycheck since November, this feels like it’s in my wheelhouse. Who knew? All that experience in other cities, running businesses, has led me to be called to public service.”

We’ll catch up with other candidates in the coming weeks.