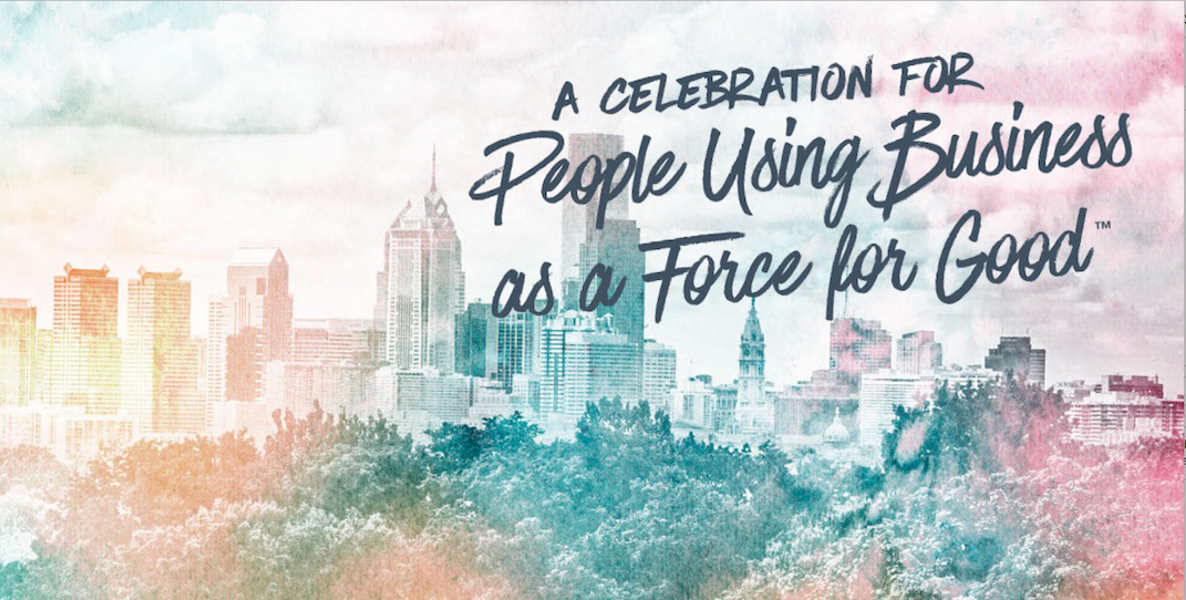 Come to B Lab’s annual festival, in Philly this year, and see what businesses doing good for the community can look like

Come to B Lab’s annual festival, in Philly this year, and see what businesses doing good for the community can look like

Next week’s eighth annual B Corps Champions Retreat was not supposed to be held here in Philadelphia. Originally, the gathering of B corporations from around the globe  was intended for Durham, North Carolina. Then that state passed its discriminatory transgender bathroom laws, and the folks at Berwyn-based B Lab headquarters started getting the calls and the emails from the B Corps community around the globe: We have to do something. When B Lab founder Jay Coen-Gilbert couldn’t convince legislators to reverse the law, the community spoke up again. They registered their protest of the law by moving the conference—and its attendant business—out of the state, to Philadelphia.

That statement—the first time the community of civic-minded companies had come together for an overtly political purpose—was a fitting tribute to the theme of the year’s B Lab Retreat: Road to an Inclusive Economy. “Our mission is shared and durable prosperity for all,” says Andy Fyfe, director of B Lab’s B Corps Growth. “To accomplish that, we have to expand beyond the B Corps community, to what our role is in the community at large. When we pulled out of Durham, we created a collective voice. Now we need to talk about how we can harness our power beyond Durham.”

The year’s Champions Retreat will bring to Philadelphia 550 attendees from 300 companies located in 22 countries, for informal “unconference” sessions around the theme of inclusion and diversity, as well as a series of panels led by B Corps stalwarts, like Ben & Jerry’s, Uncommon Goods and Seventh Generation. The far-flung adopters of B Lab’s credo will trade ideas, seek advice and share stories about finding success as a civic-minded company. In particular, they will be encouraged to discuss the hurdles and strategies around hiring a more diverse staff, using minority and women-led vendors, or encouraging their suppliers to be more inclusive.

“There are a lot of different ways people can be inspired by this community, even without becoming a B Corp,” Fyfe says. “We hope everyone becomes more like B Corps, or walk away wanting to do business with a B Corp. We’re trying to spread the word.”

Throughout the week, Fyfe says they will also continue to seek ways to band together to spread their message beyond just certified B Corporations, to the business community at large. “Part of our work is to support a global movement seeing business as a force for good,” he says. “We do it remotely for the most part, from all over the globe. This is an opportunity to come together, see what we can do together that we can’t do alone.”

The coming together of the Certified B Corp community has had ripple effects far beyond their past retreats. Fyfe says that two years ago, Secretary of Labor Thomas Perez attended a retreat session that introduced him to B Lab, and took tours of some local B Corps. He later incorporated some B Lab principles about environmental and social impacts when he reformed ERISA, the federal pension plan legislation. In previous years, they’ve also strategized about how to help cities use B Lab’s assessment tools to measure the social and environmental impact of their local businesses—and then brought those ideas home to their own municipalities. And they’ve discussed ways to help shape business school curricula around the idea of B Corporations, to influence the next generation of business leaders.

Most of next week’s event is closed to the public. But it culminates on Thursday with B Inspired, co-sponsored by The Citizen, which is a festival of ideas that starts in the afternoon with a series of Ted-style talks from B Corps leaders, at Penn’s Zellerbach Theater, including Eileen Fisher; Karim Abouelnaga of Practice Makes Perfect; Mary Powell of Green Mountain Power Corporation; and Shazi Visram, of Happy Family. Later, in Annenberg Plaza, several local B Corps—One Village Coffee, United By Blue, Dansko Shoes, MIO Culture—will showcase their  products amidst a networking street fair with live music, exhibitions, food and general good business vibes. All are invited to attend—and to be moved.

“There are a lot of different ways people can be inspired by this community, even without becoming a B Corp,” Fyfe says. “We hope everyone becomes more like B Corps, or walk away wanting to do business with a B Corp. We’re trying to spread the word.”