The scope of the homelessness problem in Philadelphia and the nation

All stats via Project H.O.M.E.

• The Danny Meyer of Homelessness

• Ideas We Should Steal: Ending Homelessness 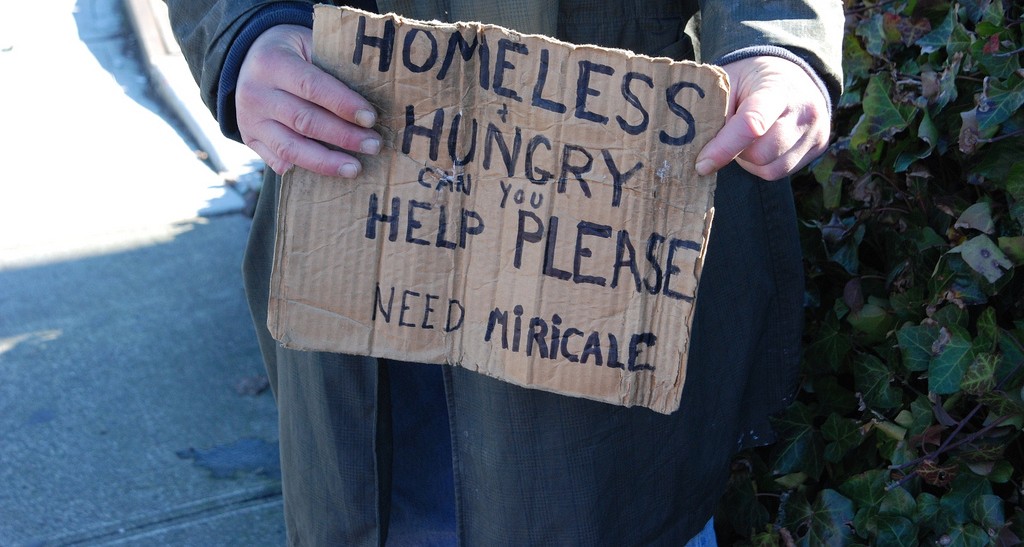 When we last spoke with her in February, Nikki Johnson-Huston, a Philadelphia tax attorney by trade, was about to launch an app, Donafy, to help everyday Philadelphians fight homelessness in the city. At the time, she hoped to use Donafy to gradually draw attention to the issue of homelessness, starting with Philly, and then take her message—and her app—nationwide. But Johnson-Huston wasn’t quite prepared for the stir she’s created in the last few months.

Johnson-Huston designed Donafy (a name that combines “donate” and “notify”) as an alternative to the dilemma she herself has faced when passing a homeless person on the street: To give money, or not to give money. Through Donafy, citizens can instantly alert local service providers of a homeless or hungry person’s location, and make immediate contributions of as little as $1 through PayPal to area service organizations that are trusted and reliable.

The app launched in Philadelphia in May to a flurry of attention from national media outlets, and from other cities who want to bring Donafy to their towns. Johnson-Huston says she plans to expand next spring.

Meanwhile, she’s taken advantage of the attention to talk about her own experience with homelessness. Johnson-Huston and her family struggled with poverty and homelessness throughout her childhood, often not knowing where they would sleep or get their next meal. When she was 10, Johnson-Huston was sent to live with her grandmother in California, where she finally had a place she could call home. Still, she struggled to work her way from having nothing, to being a success. After failing out of college the first time around, Johnson-Huston persevered and eventually got a law degree, MBA and a masters degree. She is now an award-winning attorney, and a board member of several local charities. Her story, which both provides a backstop for her cause and fuels her desire to help others, trumpets her belief that “it’s not where you start, it’s where you finish.”

In October, after Fox TV’s Bill O’Reilly called parents whose choices left their families hungry “child abusers,” Johnson-Huston responded with an open letter in the Huffington Post, in which she chided the Fox News host. “Contrary to your beliefs there isn’t one family, but millions of families who deal with this issue,” she wrote. “By denying the problem, you are denying the reality of millions of Americans and you show yourself as out of touch from your own viewing public. You can’t solve a problem if you fail to acknowledge it even exists.” A few days later, O’Reilly invited her on to his show, where she told her story to millions.

“The attention I got after the interview was very surprising,” Johnson-Huston says. “O’Reilly’s audience crashed our website shortly after the show, which I was not expecting.”

Johnson-Huston is using her moment in the spotlight to change the conversation we as a nation have about poverty. As she told O’Reilly: “Everyone who is poor is not irresponsible. You are confusing an economic status of someone with their character.” Instead, Johnson-Huston says the poor and homeless deserve a chance at redemption and second chances, like the kind she got as a child when she was sent to live with her grandmother. “There is a lot of misinformation and misunderstanding when it comes to how people think about poverty,” she explains. “Many believe that people get what they deserve and have what they deserve, but that is simply not the case.”

Still, Johnson-Huston acknowledges that knowing what to do about the problem can be complicated. Her message doubles as a plea to those—like O’Reilly—who believe that donation money goes to waste, and that contributing to people in need enables them to abuse the generosity with harmful and irresponsible habits or tendencies. “I believe people are incredibly generous, and people do want to help the poor, but they are frustrated with the options, and frustrated that the problem is getting worse,” she explains. With Donafy, Johnson-Huston avoids that issue, by putting funds into the hands of reliable services that specialize in helping those who need it most.

Johnson-Huston knows that changing perceptions is hard. But she says the fight is worth it. “Any institution that doesn’t take an honest look at itself and is more about maintaining some frothy status quo is the enemy of change,” she notes. Her plea is simple: When you think about poor and homeless people, “don’t think about what they are, but rather think of what they could be.”

Who knows, they could turn out to be  a champion for those who need it most.