Want to change the landscape of politics and create social justice? Click here to contact the special committee on Criminal Justice Reform. 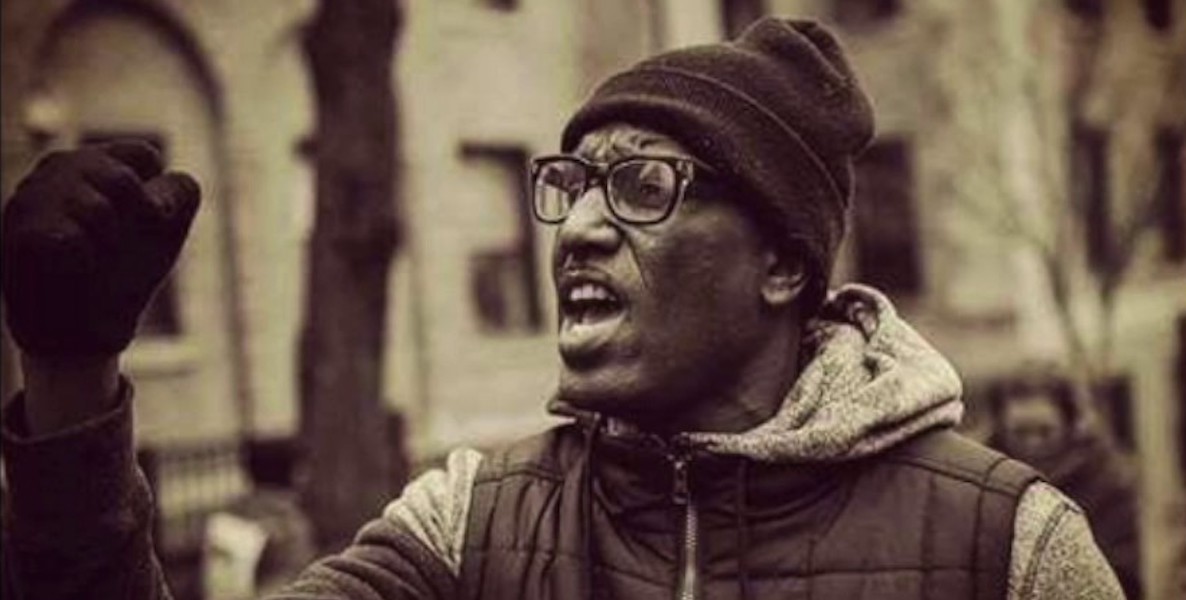 And then you, the protest organizer, and those you want the protest to impact—both supporters and detractors—completely lose the point of why you arranged the protest in the first place.

Such was the case in City Council chambers last week as what more than likely set out as a heartfelt, genuine plea for police accountability and justice devolved into utter hot mess chaos. There was one moment when now 37-year old and tragically wheelchair-bound Carnell Williams-Carney (put that way by now infamous Philly cop Ryan Pownall) was offering a fairly reasoned plea to Council for improved police training.

And there was the next moment, upon Williams-Carney’s departure with Black Lives Matter Pennsylvania’s Asa Khalif, when it just went immediately downhill as everyone watching seemed to completely forget what Williams-Carney was talking about. That includes the City Council members who needed to hear, assess and implement some policy change with respect to it.

As a result, the top storyline—since media folks like melee—was how the Black is Black Coalition, along with an uncoordinated assembly of other visibly angered protesters, proceeded to all-out disrupt City Council. Which, translated, essentially devolved into stereotypical salmagundi: “Look at those angry black people trash the place”; look at the them scuffle, because “that’s what they do.”

Protest is valuable. There are many times when protest and the flash of outrage are the only way to get an issue spotlighted. But protest, like anything resembling a social justice movement, must be polished and targeted. It must be conducted fastidiously and with clear objectives in mind.

No one in that coalition appeared to have paused for a moment to recognize that, maybe, that’s just the kind of explosive raucousness certain people want to see so they can pop open yet another excuse why you don’t need legal, political or policy recourse. While they may have attained issue awareness in the short term, progress toward issue resolution was missed.The window for some strategic and useful policy outcome that can avoid the constant repeat of loose trigger law enforcement—among other issues—closes fast.

That’s not, at all, to diminish the need for protest or its value. It is valuable. There are many times when protest and the flash of outrage are the only way to get an issue spotlighted. But protest, like anything resembling a social justice movement, must be polished and targeted. It must be conducted fastidiously and with clear objectives in mind. And, above all, it must be, on some level, respectful—even if you’re disagreeing or standing firm on your agenda. The absence of respect can, instead, unintentionally push your protest into nothing more than unprofessional, amateurish anarchy.

That’s why Protest 101’s first question should center on: What outcome do I want to achieve? And if your outcome is to simply stir shit up, it’s time you get schooled on how much that’s not a protest; that’s just you, selfishly, stirring shit up. Which means your next, most important question when planning a social justice protest should be: What good will come out of this?

It can’t be a social justice protest if you’ve decided on perpetual rage against the Man and constant head-on warfare with no end in sight. The definition of justice is the pursuit of a specific good or the final elimination of a problem. We can’t expect any good as a protest organizer if all you want to do is copy the Arab Spring. Obviously—being somewhat facetious here and not at all suggesting Black is Black or BLM is an Arab Spring—that didn’t work out over there (least of all Libya, Syria and Egypt).

The point being that, these days, too many engaged in modern protest seem satisfied with an expectation that that’s all there is to it. Protest energy isn’t being fully channeled into programmatic policymaking or real we-made-this-work change. We’re seeing that in Philadelphia. Lot’s of folks are screaming, but many fewer are engaged in the laborious process of getting something proposed, passed and done. That latter part requires much more lift: It can be tedious, requires long hours, won’t show any real results for weeks, months, even years to come. But if shaped properly and with equal attention, focus and care, it will work.

In the case of last week’s outburst, there was an opportunity to reshape the police accountability landscape through real engagement with City Council and other stakeholders involved in that debate. Protesters could have easily transitioned into real leaders and change-makers—because, for real, who wants to spend the rest of their days being nothing more than a protester?

City Council President Darrell Clarke proposed an amendment to make the city’s Police Advisory Commission budget a mandated minimum $500,000. While that’s still small, it’s a start. More budget is needed and more staff. Perhaps there could be a way to operationalize protesters or concerned community activists into Commission coordinators providing crucial oversight. That’s one step—more steps are needed. But each step has to resemble an actual fix.  What use in protesting if you’re not working towards an actual, functional, tangible fix?

The top storyline last week—since media folks like melee—was how the Black is Black Coalition proceeded to all-out disrupt City Council. Which, translated, essentially devolved into stereotypical salmagundi: “Look at those angry black people trash the place”; look at the them scuffle, because “that’s what they do.”

Clarke is, admittedly, in a bind. “[Some people] don’t feel that there’s the appropriate oversight, they don’t think they have a voice in terms of things they see that are not right,” he said, adding: “We gotta figure out a way to close this gap between police-community relationship.”

But in that statement, Clarke is missing the bigger gap: education and engagement. City leaders and activists must figure out a way to help the Philadelphia community constructively channel its frustration. It can’t be just regular City Council meetings and constituent town halls. Elected leaders like Clarke should look to interactive models that give residents more than a voice, but gives them the feeling that they’re actually involved and empowered. If that’s not achieved anytime soon, expect more people screaming at more figurative brick walls.