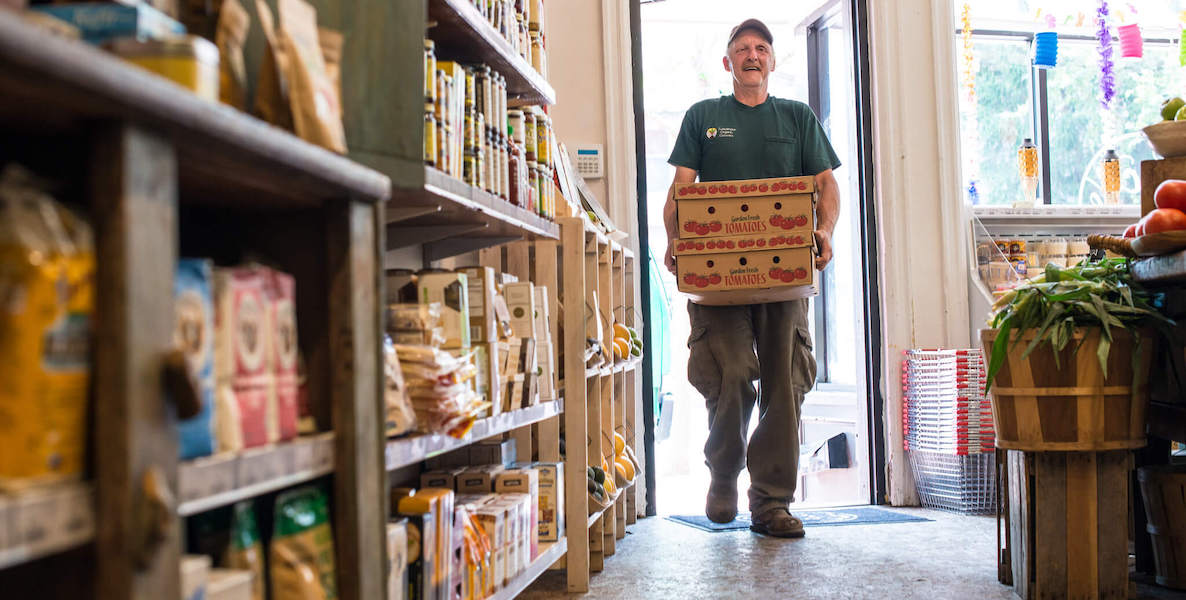 Among the many reasons Americans volunteer to serve in the U.S. military is that most noble of all callings: To serve their fellow citizens. And that calling doesn’t end when the men and women we’re honoring here hang up their uniforms.

Veterans are among the most civically minded citizens in the country. Many of them are also entrepreneurs: Some 2.4 million businesses nationwide are majority-owned by veterans, about 9 percent of all small businesses in the country.

For some of them, like real estate disruptor and U.S. Navy veteran Mike Maher, those notions couple seamlessly. With Houwzer, Maher has built a growing company, with offices in Philly, Maryland, Washington, D.C., and Florida, designed to make buying and selling houses easier and less expensive for consumers and agents. It’s also a B Corporation with a socially conscious mission that helps fund a nonprofit, Rise Up Fund, to provide a path to homeownership to traditionally underserved populations.

Maher is also part of the Greater Philadelphia Veterans Network (GPVN), founded by Navy veteran Alex Archawski in 2011 to help veteran small business owners increase their economic success. This week, in honor of the holiday, GPVN released their business directory — a guide to nearly 100 veteran-owned businesses in the greater Philadelphia area.

Archawski hopes that, through learning about vet-owned businesses, people will gain a new perspective on the success of our veterans. “I think that the misconception is that we are all broken and that we all need help,” Archawski says. “And while there’s a percentage of people who do need services and care, there’s a high percentage who are exceptional leaders — they are bringing in skills learned in the service and applying them directly to their businesses. That’s not being spoken about enough.”

Below, a sampling of the consumer-facing businesses in and around Philly run by vets. For more, browse GPVN’s directory — and be sure to check back frequently as the list will continue to grow.

VET-OWNED BUSINESSES FOR YOUR HOME

The real estate company formed in Philly by Navy vet Maher offers home buying, selling and mortgage services, with salaried realtors, rather than commission-based—which the company says saves consumers on average $15,000 each.

Founded by a 10-year Air Force vet, Veteran promises “military grade” service, and also has a do-good mission: The company seeks other veterans to train and hire for the skilled work, and says it donates a portion of profits to veteran charities.

If you’ve spotted the telltale JDog trucks in your neighborhood (or seen the TV show), you probably already realized this: Military service is a huge part of the brand and the business. A national company founded by Army vet Jerry Flanagan and his wife, Tracy, in Berwyn, JDog has franchises owned exclusively by, and employing, veterans and their families around the country. (They offer a discount to customers who are vets, as well.) As the name says, they’ll remove all kinds of junk from your property, recycling or repurposing as much of it as possible to keep it out of the landfill. They also run the JDog Foundation, raising money to help prevent veteran and military suicide.

VET-OWNED BUSINESSES FOR YOUR BIZ

Journalists and politicos know Bellevue Strategies for its government relations and strategic communications work, including most recently lobbying on behalf of the African American History Museum to retain funding in the City budget. Less known might be that Mustafa Rashed, the company’s president and CEO is a former Navy officer who served in Iraq and Somalia.

Kevin Hyde, a Marine Corps veteran who served at the National Security Agency, U.S. Cyber Command, co-founded Layer 8 to help companies strengthen their defenses against cyber threats. The Philadelphia Business Journal recognized the company as one of the Best Places to Work for three years in a row—many of the staff still serve in the military Reserve.

T-shirts, business cards, banners, calendars — you name it, M3 Printing has you covered with same-day and next-day printing. Founded by a U.S. Air Force vet, they also offer graphic design, binding and mailing services, and take jobs both big and small.

Founded by John Milligan, a Navy veteran, Milligan & Co is an African American-owned accounting and financial services company, which also consults on diversifying workforces for clients including SEPTA and the City of Philadelphia. The Philadelphia Business Journal named CEO Milligan a “Veteran of Influence” in 2018, for the work he has done in the community.

Agio’s founder, Michael Tolassi, Jr., served four years in the Army before starting his swag business in 2013, with a civic-minded mission: The University City LGBT-owned business hires its employees from the surrounding under-utilized business zone, a designation for communities in need of economic empowerment, gives them time off for civic engagement, and has worked to source its products from minority- and women-owned manufacturers. They also donate part of their proceeds to national nonprofits, including Wounded Warriors, 1% For the Planet and Rainforest Trust.

VET-OWNED BARS AND RESTAURANTS IN PHILLY

U.S. Army vet Daniel Lee and partner Joe Liang launched their noodle-focused biz during the pandemic — and it grew to be a wildly successful ghost kitchen. Now they’ve got a brick-and-mortar in Rittenhouse and continue to serve a mix of Asian and Italian noodle dishes like Thai peanut noodles and South Philly alfredo.

Cory McDonald, 2nd Story’s head brewer, served in the Army, which taught him, among other things, to “adapt and overcome,” as he told the Pocono Record in May. “Adapt and Overcome” is also the name of the IPA McDonald and a Chambersburg brewer (a Marine Corps vet) developed, which raised $21,000 for the PA Veterans Foundation — the second time the two have collaborated on a fundraising beer for vets, sold in the spring at 20 state brew pubs.

Army vet Celeste Kenton notes that she is probably one of few veterans in her particular line of work: A certified aesthetician, she specializes in body hair removal in her Black woman-owned business. C Silhouette calls East Falls home — and carries body and beauty care supplies to use at your home.

Former U.S. Navy Seal Jonathan Cleck is chief operating officer of this movable salon, founded by his wife, Stephanie Cleck, whose busy mom lifestyle inspired the company’s concept: Concihairge will send stylists to do your hair in your home in the Philly suburbs and Northern Virginia. The West Chester-based company also provides free haircuts to families at Ronald McDonald House.

When Erica Webster, an Army veteran, first started her women-exclusive fitness company, she told Forbes a few years ago, she found it hard to shake her military training. Turns out yelling at clients like a Staff Sergeant wasn’t exactly the kind of encouragement she needed. The toughness, resilience and experience, though, have served her and her clients well, even through the pandemic, when Webster had to pivot to online training. You’ll also find Dub Fitness as a sponsor for several local charities, including Laurel House, and the Veterans Multi-Services Center.

My Independence At Home

Founded by US Army veteran Lisa Robinson, My Independence at Home offers home care for elderly folks and people with intellectual developmental disabilities. They also offer convenient services like prescription delivery and personal emergency response systems that can help keep your loved one safe in their own home.

Frag Out — a term for throwing a fragmentation grenade towards an enemy — sells men’s and women’s apparel and military-themed goods, like The General’s Hot Sauce, and offers custom screen printing. They provide a 10 percent discount for current and former U.S. military members and first responders and aim to continue hiring vets as they grow. According to founder Nicholas Franz, U.S. Air Force vet, “We want to provide local veterans with a smoother transition from military service while they find their new mission in life.”

This marketplace aims to help Black visual artists monetize and promote their work. Check out the splashy designs — including this Salute T, “to pay tribute to the millions of African descendants who’ve added to the American narrative.”

A lifestyle boutique whose tagline is “rooted in the cycle of life,” Trunc is a partnership between two life partners, Dorothea Gamble and Dagmar Mitchell. It’s a woman, African American and veteran-owned housewares shop in Northern Liberties that specializes in local, sustainable goods, including furnishings, clothes, scents and other accessories — including a line of “socially-responsible” goods.

Still trying to figure out how to live with your pandemic puppy? This King of Prussia dog training company, founded by CEO David Shade, after serving as a paratrooper in the 82nd Airborne Division, promises to get your pooch sitting “at attention” was founded by. (You can see more of Shade’s Army-to-trainer story here.)

MORE ON VETERANS IN PHILADELPHIA