Vote for your favorite

Now that you’ve gotten to know our Philadelphia 2022 Integrity Icons, cast your vote for your favorite public servant.

A public event will be held on April 7th, at Fitler Club, where we will celebrate last year’s winners in person, and announce this year’s number one pick.

The Philadelphia Citizen and Accountability Lab, along with our partners Better Civics and Asociación Puertorriqueños en Marcha, invite you to join us for

We hope to do that in our Good Citizenship Toolkit, which includes a host of ways to get involved in Philadelphia—whether you want to contact your City Councilmember to let them know what’s important to you and your community, get those experiencing homelessness the goods they need, or simply go out to dinner somewhere where you know your money is going toward a greater good. 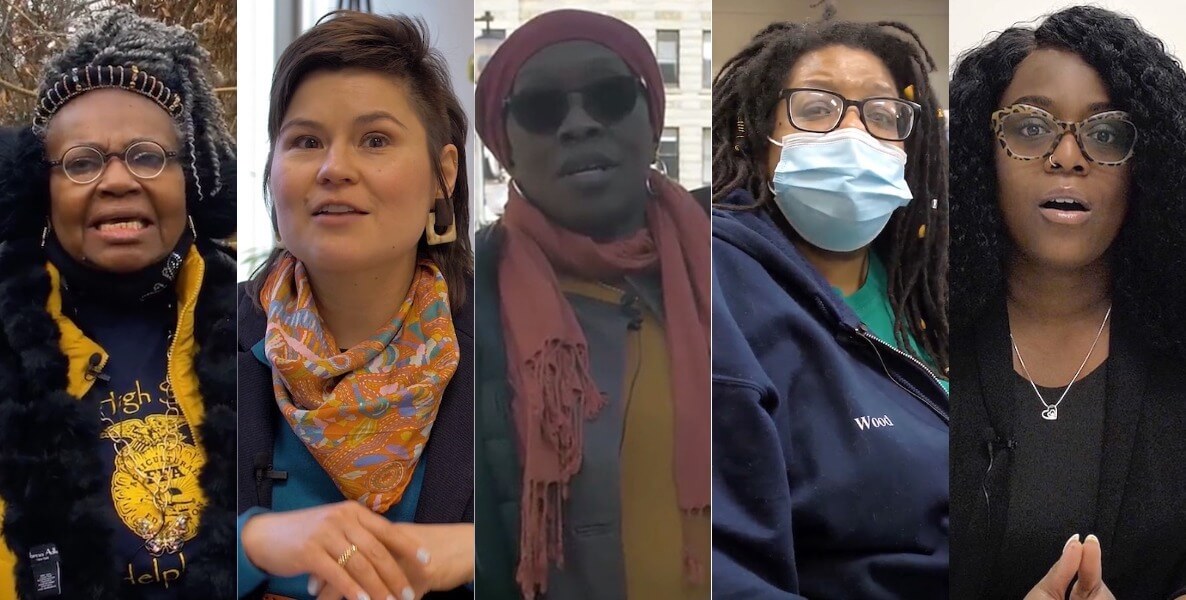 Announcing our 2022 Integrity Icons, principled public service heroes we all need. Vote for your favorite now.

Announcing our 2022 Integrity Icons, principled public service heroes we all need. Vote for your favorite now.

Are you, like me, looking for a reason to find hope amidst what can often seem like the rubble of our public life? Well, I’m happy to say you’ve come to the right place. Because I am here with not one, but five reasons to be inspired.

These are Philadelphia public servants you mostly won’t have read about (until now); they are not politicians, in it for power, or glory. They are in it for Philly, for you and me and all our neighbors. They are—dare we say it?—the principled heroes we need.

Why does this matter? It matters because we live in a city where every other month brings a new corruption scandal (see: Councilmember Kenyatta Johnson’s federal corruption trial which started this week); where too much complacency from our elected leaders and our bureaucrats has left us with the Philly Shrug (see: pathetic voter turnout); because we are desperate to know that someone has our back in the giant machine of Philadelphia city government. It matters because too often bad behavior comes out on top—and we want to change that.

Integrity Icon is a program of D.C.-based Accountability Lab, which since 2012 has held competitions for the highest integrity civil servants in 15 countries around the world. After hearing from Accountability Lab at our 2018 Ideas We Should Steal Festival, we partnered with the organization in 2020 to make Philadelphia the first American city to hold an Integrity Icon contest.

We announced our first five icons late 2020; they were, and are, awesome examples of Philadelphians doing right by their fellow Philadelphians. (You can read about them here.)

We launched our second contest in October, along with Better Civics and Asociación Puertorriqueños en Marcha (APM), and collected nominations throughout the fall. After vetting the candidates and narrowing the submissions, we asked our esteemed panel of judges to make the final decisions. They are Michael O’ Bryan, founder of strategic design firm Humanature and a Generation Change Philly fellow; Nilda Ruiz, executive director of APM; Jen Devor, co-founder of Better Civics and a Generation Change Philly fellow; and Amy Kurland, former Inspector General of the City of Philadelphia.

Now, we’re kicking it back to you to vote for the people’s choice winner among our 2022 Icons. See below (or on this YouTube playlist) for short videos about each of them.

A couple months ago, I asked Gordon, last year’s people’s choice winner, who went on to be named National Principal of the Year by the National Association of Secondary School Principals, to reflect on the honor, and the responsibility, of being an Integrity Icon. This is what he wrote in The Citizen last fall, in part:

To me, living a life of integrity and leading that way in my profession means spending every waking moment committed to the idea of facing life’s joys and hardships in accordance with one’s values, principles, and moral virtue. …

As a Philadelphia public official, I recognize that my life and actions are open for everyone to see, and I can’t worry about hiding things. I can assure you, I am far from perfect, and the notion of leading with integrity is a daily goal and destination, because integrity can determine what your reputation will be and any single poor choice can destroy a lifetime of work as a steward of the public trust.

As a steward of our city’s tax dollars, Lopez Kriss is in the center of some of the most important—and opaque—work in Philadelphia government. She pushes for integrity by making the Revenue Department more transparent, navigable and easy to understand for citizens so they know their rights, and know what help is available. She leads an incredible amount of outreach throughout the city: Her team utilizes social media, text and email; meets people at community events (as many as 300 in one year); publishes clear infographics; makes videos on Facebook and YouTube during tax season—all with the intent to make the revenue department as approachable as possible. The judges noted this as evidence that Lopez Kriss is there to be of real service to taxpayers, not just to do the job and go home. In addition, Lopez Kriss helps to support the Tiered Assistance Program, which helps low income Philadelphians keep their water on, and Owner-Occupied Payment Agreement, which allows homeowners to make affordable monthly payments on overdue property taxes. And she worked to remake forms and reports in plain language, in many languages, so average taxpayers can understand.

Director of Urban Forestry, Department of Parks and Recreation

Hayes is the person in charge of planting the trees that make our city more beautiful and livable. She was nominated, in part, for her efforts to make Tree Philly’s programs accessible to everyone, the elderly, the blind, women who want to climb trees and be arborists, low-income communities and returning citizens. She has led a program partnering with high school students to plant trees in underserved neighborhoods and has a huge network of people throughout the city who love and respect her, according to a reference. Hayes is the rare Black woman in a field dominated by White men, and a leader whose employees see as kind and realistic and passionate about our parks and forests. Our judges also selected Hayes for her incredible commitment to service: She has spent most of her life in public service; she was an intern, then a groundskeeper, then a technician for Parks and Rec, before taking on her current role. To do this for some 40 years and not become jaded or burned out is a marvel.

As a biking ambassador, Ridgeway can be found riding from one end of the city to another on an Indego bicycle, educating residents, coordinating with community groups and working to increase access to the bike-share program for all Philadelphians. Under her watch, Indego has grown the number of bikes in underserved neighborhoods, by listening and working with community members to ensure the program is serving their needs. That stems from Ridgeway’s keen commitment to spreading the message that Indego is a public service—even if not necessarily the most important service a neighborhood needs—and ensuring her team acts with the trust and integrity that it requires that requires.

As a paraprofessional, Wood was described as an innovative educator in a North Philly middle school, who demonstrates integrity by, among other things, being willing to admit mistakes and urging her students to do the same through a method she learned in a previous job at Burger King: L.A.S.T. (listen, apologize, satisfy, and thank). But Wood has elevated the role of paraprofessional beyond the classroom. She’s one of the founding members of “Para Power,” which organizes around salary issues and working conditions; she is credited with helping to raise awareness of the needs of paraprofessionals in the teachers union, and fighting for their dignity, particularly during the pandemic. She has also mentored colleagues—mostly Black and Brown women—to help them get college degrees, developing relationships on their behalf with Community College of Philadelphia and Holy Family University. For all of this, the judges saw in Wood a true voice for change.

In her role creating math curriculum for the School District of Philadelphia, Young has set high standards for herself and her team around educating students during Covid, and in a way that is culturally respectful of all students in the district. She was the lead content developer for math during the pandemic, putting the neediest children at the forefront of this work; she supported the Office of Family and Community Engagement FACT program by providing training for parents, caregivers, and community members to learn the skills and tools needed to support their children’s academic endeavors, including dealing with stress. As a manager, she asks her team what they need from her, not the other way around, listening to all viewpoints and making decisions based on extensive research, and what is best for families and students.

Cast your votes here, and join us to celebrate on April 7!