On What Credentials You Want Our Mayor To Have 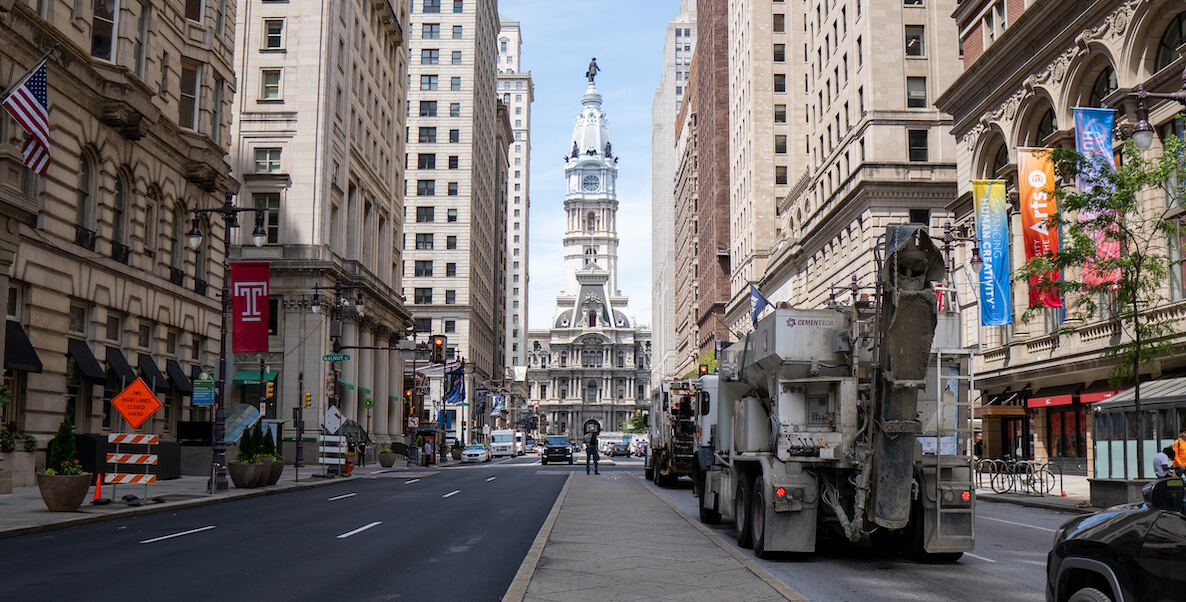 Future-Ready: The Next Mayor’s Jobs Vision

Philadelphia needs a grassroots, “grow your own” economic development and jobs strategy. A future of work expert, and 10K Independents Project leader, lays out how to size up candidates and engage with the process

Future-Ready: The Next Mayor’s Jobs Vision

Philadelphia needs a grassroots, “grow your own” economic development and jobs strategy. A future of work expert, and 10K Independents Project leader, lays out how to size up candidates and engage with the process

December 2022 may go down in history as one of the hottest in memory because the local elections landscape is already on fire. There is no rest for ye merry politicos. As director of policy and advocacy with The 10,000 Independents Project, I have been guiding our team and engaging with the field of candidates and insiders at this early phase. We wanted to share what we are learning with others because we share the goal of a more engaged and informed electorate.

The 10,000 Independents Project is a brainchild of Alex Hillman, founder of one of the nation’s first (and best) co-working spaces, Indy Hall. Alex envisioned the 10k Independents Project back when a certain mega-company came up with this brilliant plan to make cities compete against each other for the privilege of welcoming their new headquarters. In the most egregious data heist of the century, Amazon watched as many more than 10 lords went a’leapin.

The bait on Amazon’s hook was the promise of creating 50,000 new jobs in Philadelphia over a decade. Granted, this is a worthy goal. People understandably wanted to play ball. But, how else could we build 50,000 new jobs? Is a single, anti-union company the best way? Might be the worst way to get 50,000 good jobs!

To rebuild our economy and protect our future, Philadelphia needs a grassroots, “grow your own” economic development and jobs strategy. Otherwise, expect poverty and gun violence will continue to grow.

Studies indicate metro areas with more types of industry are more stable and resilient because technology disruptions will not affect all sectors and occupations at once. The federal government now recognizes many regions are struggling due to widening economic divides. Brookings Metro details $80 Billion in current competitive grants. Five programs account for 82 percent of spending, in the CHIPS for America Fund, which includes Regional Technology and Innovation Hubs, Regional Clean Hydrogen Hubs, and the Regional Innovation Engines / Translation Accelerator.

Note the repetitive use of the word “regional” in that list. These laws reward U.S. regions that commit to strategic collaboration during the application. They also give preference to areas that are currently disadvantaged. Philadelphia is not as “left behind” as many other areas, according to the influential Economic Innovation Group’s Distressed Communities Index. We are already home to significant innovation energy, often fueled by patents emanating from local universities and the deep institutional healthcare expertise.

In other words, our civic leaders should certainly collaborate and compete for opportunities and grants; but not bank on them. To rebuild our economy and protect our future, Philadelphia needs a grassroots, “grow your own” economic development and jobs strategy. Otherwise, expect poverty and gun violence will continue to grow.

So what could we do instead?

What if Philadelphia went pedal to metal to create 50,000 new jobs over the next decade without waiting for a giant company to save us? One path — the 10k Independents path — could be focused on helping 10,000 Philadelphians become sustainably self-employed.

According to data from the U.S. Census Bureau, in 2019 there were approximately 31.7 million non-employer firms in the United States, approximately 82 percent of all firms. The most recent census data suggests that in 2019, about 10 percent of Philadelphia’s workers were some type of self-employed. Those numbers are likely very under-represented given how this data is collected.

Regardless, national growth of the independent workforce between 2019-2022 was nearly 70 percent. Philadelphia’s current self-employed workforce is approximately 17 percent, not unaligned with national figures. Furthermore, one person businesses are already a growing part of our local economy, accelerated by the economic impact of Covid. More individuals can now support themselves, their families and their communities in ways that did not make sense five or ten years ago.

No matter what issue matters most to advocacy groups and voters, now is the best time to build good relationships with the next mayor. We believe the campaign trail is the best place to engage with future leaders.

Statistically, about 18 percent of people who create a sustainable job for themselves hire a first employee, according to the annual State of Independence report from MBO Partners. A subset of them hire a second, and so on.

With existing growth statistics and a compounding theoretical snowball effect over a 10-year period, a conservative estimate of 84,000 jobs could be created in Philadelphia just by focusing on helping people become and stay self employed. These jobs would be quality jobs, run by local people who invest in their communities.

This is the vision and the plan of the 10k Independents Project. Whoever the next mayor is, these (very) small businesses will build a voice, redefine what entrepreneurship looks like and collaborate with City Hall to make Philadelphia welcoming and responsive to the needs of 1099 workers and the independent business community, where it is common, by the way, to earn more than $100,000 annually.

Related, the “future of work” means different things to different people. For more and more friends, family members, and neighbors the future of work means building their own independent business. In fact, every generation entering the labor force is more interested in entrepreneurship than the last. Technology makes this entrepreneurial shift more and more possible. Everyday people can create their personal and professional freedom in ways that fit their reality, and they will increasingly continue to do so.

To accomplish these goals, the 10k Independents Project is being an advocate: We’re analyzing the landscape, meeting the candidates and looking for alignment with our goals. Our #1 shared goal is that our next mayor will work with us, not just for us.

But, will our next mayor get it?

The 10k Independent Project is already working to support citizens as they begin to engage with the rich field of leaders who are jockeying to be the mayor. We’re building tools to analyze the candidates, their goals, and their track records.

But we also believe any voter or group of advocates can benefit from this information and these tools at this crucial time. Advocacy groups can work from now until January 2024 to build collaborative relationships with the next mayor. So we’re sharing what we’re learning and building in the open.

Here are some takeaways from our recent State of the Race event.

It is currently impossible to predict what the political scene will be in May. There are too many unknowns in a very crowded field with multiple paths to victory. On the campaign trail, many candidates already sound similar to one another because gun violence is a top issue. Everyone is making talking points about public safety, even if their policy track record is thin.

Now is the time for voters, advocates and coalitions to give time, money, and expertise to build fruitful relationships. It will be much harder after May 16, 2023 and even harder after November 2023 or January 2024. Mayors are bombarded and overwhelmed. They must react urgently to daily crises and work proactively to deliver on campaign promises while their time ticks away in long days and fast years.

What can you do?

My advice? It is too early to choose one person. Remain flexible and start speed dating. Here are the top ways to build a relationship with preferred candidate(s).

The next Mayor will lead this city through a critical time of rapid and constant change. What coalitions, advocates and voters choose to do in the next five to 10 months will shape the future priorities of Philadelphia until 2032 and beyond.

Most of all, The 10k Independents Project is here to collaborate and welcome other issue groups and advocates to join us in tracking the State of the Race 2023. Our next virtual analysis is February 8 at 6:30pm. This date is after a critical campaign finance report but before the collection of petition signatures starts on February 14. Details coming after the holidays. Cheers!

Anne Gemmell was the City’s first pre-K director and then led the “future of work” policy response. She founded Future Works Alliance PHL and is now a certified collaboration architect at A.Gemm Consulting, a business specializing in strategic collaboration for innovative leaders.

MORE ON THE 2023 PHILADELPHIA MAYOR’S RACE