Home » Social Justice » To Give or Not To Give?

Fight homelessness and hunger in Philadelphia

Our newest Do Something guide tells you what you can do to help the needy in your community and across the city.

The Citizen's coverage of homelessness and hunger

Below are a few stories; view the full list here. For an even deeper dive, read The State of Homelessness in America by the National Alliance to End Homelessness. 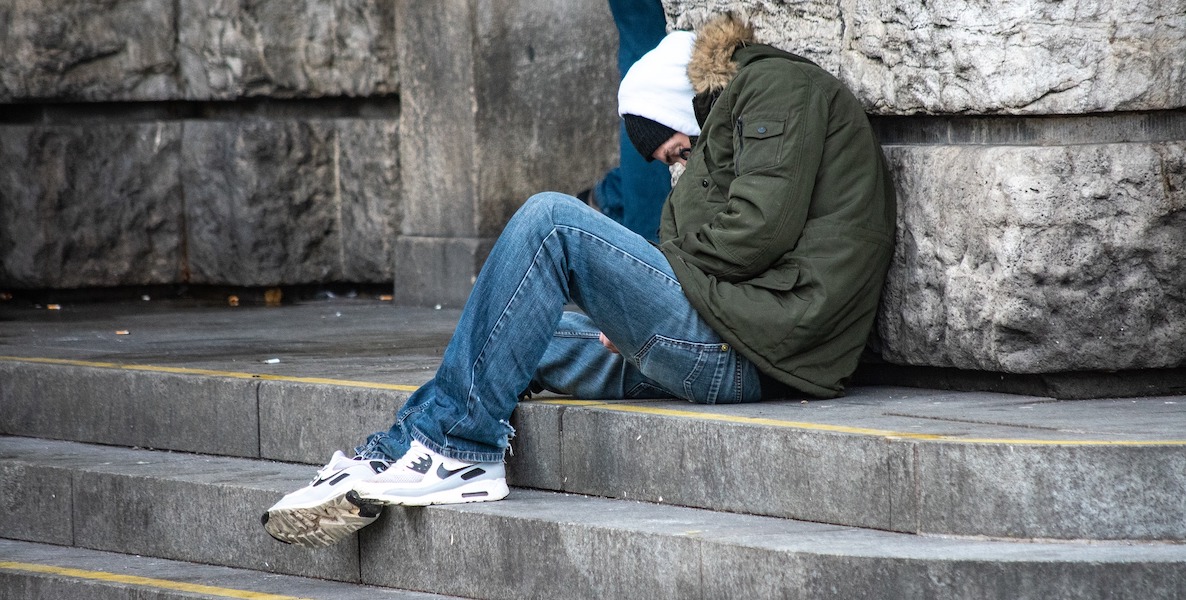 To Give or Not To Give?

Our formerly homeless writer says to leave the moralizing behind

To Give or Not To Give?

Our formerly homeless writer says to leave the moralizing behind

The other night, I put my feet under my covers. I cranked my heat up so my bedroom felt like an incubator. Turning over and resting on my pillow, I was happy, warm, and dry.

I don’t take these things for granted. I am mindful of the amount of work that goes into having a warm dry pillow–and that mindfulness fosters gratitude.

See, three years ago, I was homeless and sleeping outside the basement entrance to a law firm off Rittenhouse Square.

I remember the tedium of not having anywhere to go during the day, of trying to shake the chill from my body, of the shift in reality that comes with low blood sugar and a regular void in my stomach.

Want to know how many people respond to the pain of others? Try sobbing on a bench in Rittenhouse and see how passersby react; or, asking people for a sandwich and see how, in between the gruff negative responses, some will take the opportunity to lecture you about American entrepreneurship. At least those people respond, though. It’s the vast majority of people who don’t respond at all that hurts the most.

“On any given moment in Philadelphia, 600 people are living on the streets. Center City is home to half this population. In other words, Center City panhandlers are as ubiquitous as police car sirens and the roar of passing SEPTA buses.

One of the worst parts of being homeless in urban America is feeling invisible. When people don’t recognize your humanity, your begin to question it yourself.

It’s a sad reality that on any given moment in Philadelphia, 600 people are living on the streets according to homeless advocacy organization Project HOME. Center City, the hub of all activity, be it commercial or cultural or political, is home to half this population. In other words, Center City panhandlers are as ubiquitous as police car sirens and the roar of passing SEPTA buses.

This ubiquity means that folks asking for help become part of the urban scenery, background props that seasoned denizens grow accustomed to ignoring. I don’t blame them. Even as a guy who was homeless himself, my first thought when asked for change is outright Dickensian: “Are there no prisons? Are there no workhouses?!”

It’s so easy to forget the frenzy of scarcity, the despair of nobody caring about me, the feverish desire to be recognized as human. It takes me less than a second before I begin to remember where I was. Then, I feel gratitude for where I am now. It’s in this space, gratitude, that I find empathy for my fellow human beings. It’s in this space that my concept of God exists.

Most Philadelphians don’t have that. Instead, many take empathy out of the equation by manufacturing an ethical dilemma out of someone asking for money: Should you help or shouldn’t you help and why or why not? It’s a natural response for a society hellbent on not feeling things.

We’ve been spoon fed psychobabble on talk shows for decades where old words have new meanings. The word “enable,” for instance, no longer means to facilitate. It now seems to mean to unwittingly feed into a social problem, be it homelessness or addiction. I’ve heard a lot of questions, even from dear friends, about the supposed ethical question presented when a homeless person asks them for change.

They don’t want to “enable” people, after all.

First, let’s get one thing straight: There is no existential crisis posed by a person asking for change. Your only ethical obligation is treating them like a human being. Human beings are not dogs to train. You do not figuratively hit them on the nose with a newspaper, nor do you give them treats for pro-social behavior. Either give them change or don’t. Anything you give them is for them to use however they see fit; you are not a taxpayer funded agency with grant requirements and outcome measurements. You are a citizen of Philadelphia helping (or not helping) another citizen, and whether that help comes by way of a SEPTA token, a sandwich or folding money that goes to whatever they need is irrelevant.

You aren’t “enabling” them with anything other than the request before you. If someone asks you for food and you give it to them, you’re only “enabling” them to not starve.

“There is no existential crisis posed by a person asking for change. Your only ethical obligation is treating them like a human being.”

If you give cash, what they do with the money is really none of your business; and, if you’re uncomfortable with that fact, then you shouldn’t give anything at all.

Second, I understand not wanting to get involved in other people’s problems.

Let’s be honest: A lot of homeless folks are living with serious mental health issues or are in active addiction. I was homeless because of my own active addiction, my issues. I was skittish, scared, and living in that empty space of scarcity. In other words, I was unstable.

The only reason my life is together today is because I took some help when it was offered and eventually got clean. Now, years later, my “troubles” are just a memory, not a contemporaneous reality. But I never expected a handout from anyone. Sometimes, what I needed most was much simpler: Acknowledgement.

A simple, polite “no, sorry.” Honestly saying, “I can’t,” works fine, too. Simply making eye contact communicates, “Hello, fellow human. I see you, and you see me, and we are both human. I might not be helping you in the way you want, but I am recognizing your humanity.” That can be enough, too.

Hopefully, you’ll be moved in some way to help, even if it’s not through a handout—maybe by advocating for more humane homelessness policies, or increasing access to mental health and addiction resources, or donating to local non-profit organizations, or volunteering your time in some capacity.

“Roll Up Your Sleeves and Get To Work”