Home » Education » How to turn “almost-alums” into college grads

Resources for students and families

You can learn more about the Institute for Higher Education Policy (IHEP) and support their work on their website. 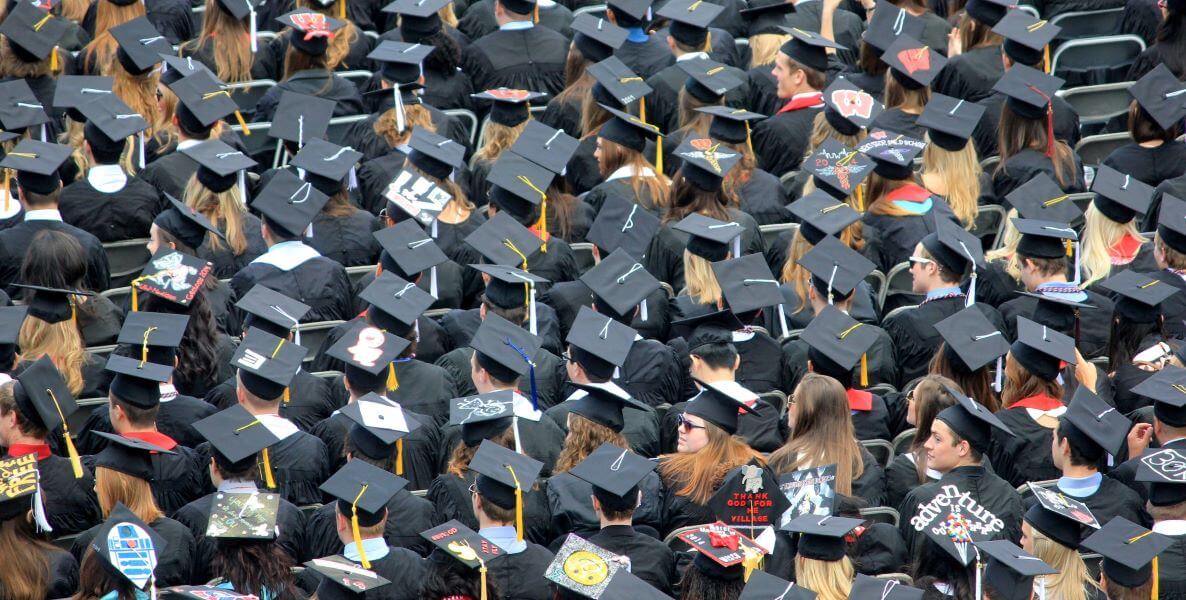 On Monday, May 2, the Institute for Higher Education Policy (IHEP), an education nonprofit, released a report showing that almost one in 10 students at the colleges and universities IHEP polled had completed all academic degree requirements — but did not actually get their degrees.

Why? Some had neglected to pay library or parking fines and had financial holds on their accounts. Others had not completed the necessary paperwork.

This is one barrier to graduation and to post-graduation success that is little talked about. The other, getting increasing attention these days: College debt.

The IHEP study, Degrees When Due, studied 200 colleges from 23 states, including Pennsylvania. (To their credit, Shippensburg University and Chestnut Hill College participated.) The state liaison was Graduate! Philadelphia, a group that partners with higher education, business, labor, government and social service providers to create pathways for adults to complete college degrees.

The IHEP study should illuminate one easily accessible pathway: Colleges and universities should devote resources to finding their almost-alumni who can now be awarded degrees.

Let me say immediately that I think it’s important for students to be responsible. They should be expected to pay fines and to fill out paperwork. Colleges and universities teach by their expectations as well as by their courses. But, but, but … let’s have some perspective. In the IHEP report, 14 percent of almost-alumni had financial holds and about 62 percent had neglected to fill out a graduation application.

Throughout their time on campus, first-generation college students often feel like strangers in a strange land. Higher education bureaucracies and personal problems set daily hurdles. Nonetheless, students will deal for years with food and housing insecurities and other fundamental challenges to degree completion. But then, one last obstacle will derail them.

As the report says, “Older students, college-goers from low-income backgrounds, first-generation students, and students of color are all disproportionately affected by these barriers … But there’s some good news, too: Nearly half of students who were awarded an associate or bachelor’s degree through Degrees When Due were students of color, and 46 percent were from low-income backgrounds.”

This information from the IHEP report verifies my own observations from 24 years of leading regional public universities in three states. Throughout their time on campus, first-generation college students often feel like strangers in a strange land. Higher education bureaucracies and personal problems set daily hurdles. Moreover, students will deal for years with food and housing insecurities and other fundamental challenges to degree completion. But then when they are close to the finish line, one last obstacle will derail them.

That’s why it’s crucially important for colleges and universities to examine their own systems. As president of a university with a high percentage of first-generation, low-income students, I worked with our fundraisers and financial aid officers to set up senior-year scholarships for students in good standing and on track to graduate but who had accrued small debts to the institution. While most grants are designated for first-year students, these scholarships were awarded in students’ final year of study to recognize their academic achievements and to wipe out their small debts.

It’s also essential that higher education institutions make sure every student has a caring person to go to for guidance — an advisor, a faculty member, a peer mentor.

The IHEP report looks beyond students stymied by small institutional debts and lack of paperwork. About 33 percent of all students studied and more than 50 percent at four-year institutions lacked one major-required course. With one course in the major missing, these students left college without the credential they had almost earned.

Again, I’m not advocating for lack of student accountability. That course in the major was required for an important academic purpose, and the requirement should be fulfilled. But it’s not entirely the student’s fault. Too often students find out about the one-course gap on their transcripts when they receive a note from the registrar in what they thought was their last semester before graduation. Where were the advisors? Where were interested faculty members and peer mentors?

The lesson here is that colleges and universities must allocate funds to effective advising in offices across the campus. For those students who left one course short of a degree, colleges and universities should find those students now and make arrangements for them to make up the deficit. In some cases, Prior Learning Assessment (PLA) — evaluating and crediting students’ experiences since their departure from campus — could lead to degree completion.

What to do about college debt

Meanwhile, across the nation millions of individuals have left college with no degree and plenty of debt. President Biden has hinted that he may use an executive order to institute some form of federal student debt forgiveness. Some universities have responded by saying they’re worried that their financial aid staff will have to take on an advising role.

But that’s exactly what they should be doing. If more financial aid officers took advising seriously, colleges and universities might not be losing so many students who are capable and deserving of completing degrees.

I’ve written before in support of some federal debt forgiveness, particularly for those who go into public service. I’m also in favor of up to $10,000 awarded strictly for the undergraduate debts of low- and middle-income students. I object to many of the arguments against this proposal.

Some say that students should not have debts wiped out for attending elite schools like the University of Pennsylvania. The irony is that Penn and most other Ivy League schools provide financial aid in the form of grants, not loans. Others say that students going to medical and law school will make big bucks eventually. But medical and law school debts would not be covered if loan forgiveness applies only to undergraduate debt.

If more financial aid officers took advising seriously, colleges and universities might not be losing so many students who are capable and deserving of completing degrees.

Many say, why forgive other people’s debts when I paid off mine? Writer John Warner offers an interesting response to that argument. He calculates the average tuition that U.S. senators and representatives would have paid at a public university during their college years, roughly 1979 to 1983, and comes up with a number just under $4,000. Even corrected for inflation, that amount is far less than students pay today for tuition and fees at public universities. So, earlier graduates who have paid off their college debts had lower debts to pay because states (taxpayers) were more substantially subsidizing their education.

Warner goes on to make another important point. It does little good to forgive the debts of past students if we don’t at the same time make it more likely that current undergraduates will stop taking large loans. We know how to do this. But states must provide better funding for higher education, and universities and colleges must provide better advising.

Another benefit of some student loan forgiveness is that many students would be able to pursue further education without the burden of previous debt to block the way.

Here are things we can do to help more students complete degrees:

MORE ON AFFORDING HIGHER EDUCATION FROM THE CITIZEN

Gradutes waiting for their diplomas. Photo by Good Free Photos on Unsplash