Below are links to the aggregate data files produced by BeHeardPhilly.  Take a look! 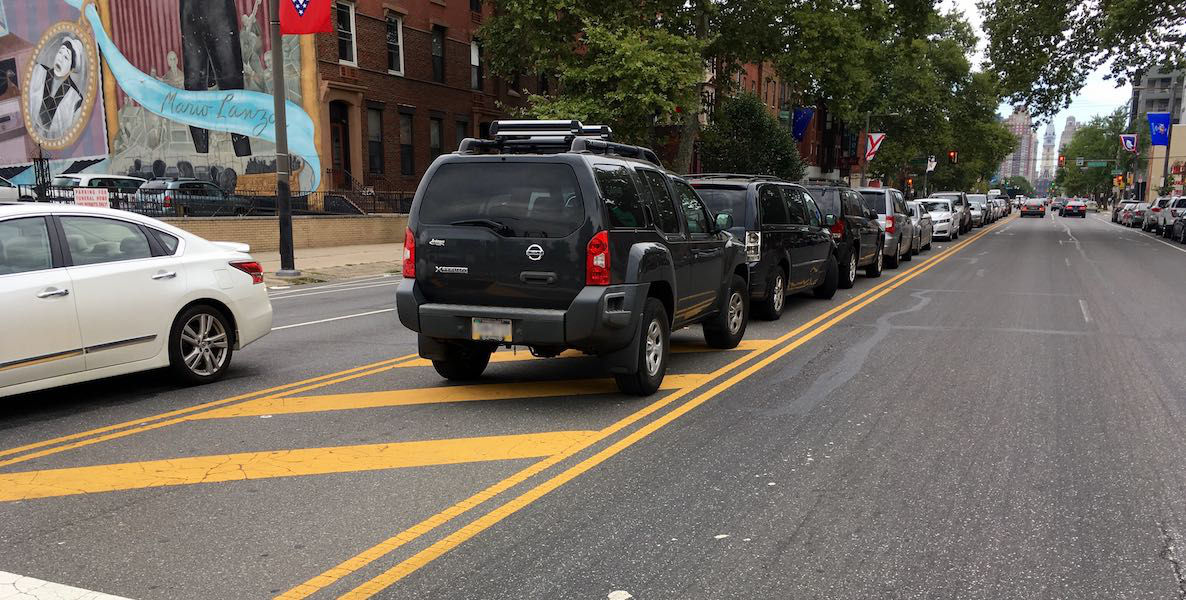 Apparently, there’s nothing quite like parking to get South Philadelphians riled up. Over the past week, we’ve been running a poll on whether or not the City should permanently ban parking on the Broad Street median between Washington and Oregon avenues. The responses were downright vitriolic, and at the end of the day, 49 percent of South Philadelphians opposed a ban on parking in the median, while only 43 percent favored a ban.

Last month, the 5th Square PAC put out a petition asking Mayor Kenney to permanently ban parking on the Broad Street median, which is temporarily done for major events like the DNC. The petition garnered over 1,000 signatures in its first week.  But that petition didn’t target South Philadelphians, and it didn’t try to give voice to both sides of the issue. We were honestly curious about what South Philadelphians really think. And now we know.

Related from The Philadelphia Citizen:
Take the Poll: Parking on the Broad Street Median?
Clearing cars from the median during the DNC has renewed calls to ban the quirky practice. Yo, South Philly, what do you think?

Our survey was conducted by BeHeardPhilly, with whom we have conducted surveys about the soda tax and poverty. (If you want to participate in future BeHeardPhilly polls, you can sign up here.) We partnered with the Passyunk Square Civic Association, Newbold Civic Association, Point Breeze Community Development Corporation, Girard Estate Area Residents, West Passyunk Neighbors Association to help spread the word about the poll and ensure that we were hearing from as many people as possible. 1,153 people, to be exact.

You can click on the box to the right to learn more about our methods, but very briefly, we only considered responses from people who identified themselves as living in South Philadelphia. Responses from other areas of the city weren’t factored into the final data. The results are then weighted based on demographics to paint as accurate a picture as possible.

Overall, 49 percent of South Philadelphians oppose a ban on parking in the median (which, to clarify, is already illegal but unenforced). Another 43 percent favor a ban, and 8 percent registered no opinion.

Do you favor or oppose permanently banning parking on the Broad Street median? We also asked people why they either favored or opposed a ban. Those who favor a permanent ban overwhelmingly cited safety as their primary concern. The next two most common concerns were the appearance that it gives to the neighborhood and the sheer fact that parking there is illegal. “It is unsafe, unsightly, and makes Philadelphia look like a lawless city, not a world-class one,” responded one survey-taker. The overall tone of these responses was one of frustration. Said one respondent: “We provide a public right of way to store personal belongings?”

Those who opposed a ban weren’t just frustrated in their responses; they were downright angry. Many people decried the influence of gentrifiers, transplants, yuppies, hippies, and “new Philadelphians.” One respondent even called us the ol’ “see you next Tuesday.” Talk about shooting the messenger!

The overwhelming concern of those who opposed a ban was the lack of available parking in South Philly. Almost every single response in opposition cited a lack of parking spaces. “It’s hard enough to find parking,” said one respondent. “There’s times I drive for 30 to 45 minutes to find a spot. If those spots go away, it’ll be that much worse.”

Said another: “Parking is hard in South Philly as is. If they permanently ban parking in the median on Broad Street, where are all those cars going to go? If they want to enforce this then they need to have a plan for additional parking elsewhere in the area.” Other common reasons for opposing the ban were tradition (“It’s how South Philly has always been.”) and good old fashioned indifference (“It’s not a real problem, but rather a class war tactic on the part of gentrifiers to seize (more) power in the neighborhood they’ve already basically ruined”).

It’s easy to see why parking is the number one concern of those who oppose the ban. In South Philly, 84 percent of homes have at least one car, with 32 percent owning two or more.

How many cars do you or members of your household own? That wouldn’t be a problem if all of those homes had their own parking spots. But 92 percent of those with cars rely on street parking for at least some of their automobiles.

Do you have a designated parking spot for your cars, like a driveway? Naturally, the more cars owned by a household, the more likely they are to oppose a permanent ban. Favor or oppose parking ban: have personal spots for cars Geographically, there’s an interesting east/west divide in public opinion. Those living East of Broad Street opposed a ban 54 percent to 40 percent; those living West of Broad actually favor a ban, 45 percent to 43 percent. One might expect that the longer someone has lived in South Philly, the more they’d oppose the ban. And that’s true to a certain extent; those living in South Philly for more than 20 years opposed a ban 77 percent to 15 percent. Surprisingly, though, people who have lived there for 6 to 10 years were the strongest in favor of a ban, 71 percent to 20 percent. In fact, the only group that we measured that opposes a ban was of those who have lived in South Philly for more than 20 years. Proximity to Broad Street also had a strong correlation with opinion on the issue, with those living on or close to Broad Street being more likely to oppose a ban on median parking.

Favor or oppose parking ban: blocks away from Broad Street Favor or oppose parking ban: importance of the issue People in South Philadelphia are very concerned about both safety and parking availability, with residents on both sides fiercely passionate about the issue. But this doesn’t have to be an either-or question. If the City can find a way to create 200 parking spots on or around Broad Street in South Philly, then it can close the median to parking. That way, it can address safety without losing parking spots. That’s certainly easier said than done, but making everyone happy on this issue is going to require a little creativity. That’s the challenge to Mayor Kenney: To think creatively, engage community partners, and find a way to resolve a divisive issue.