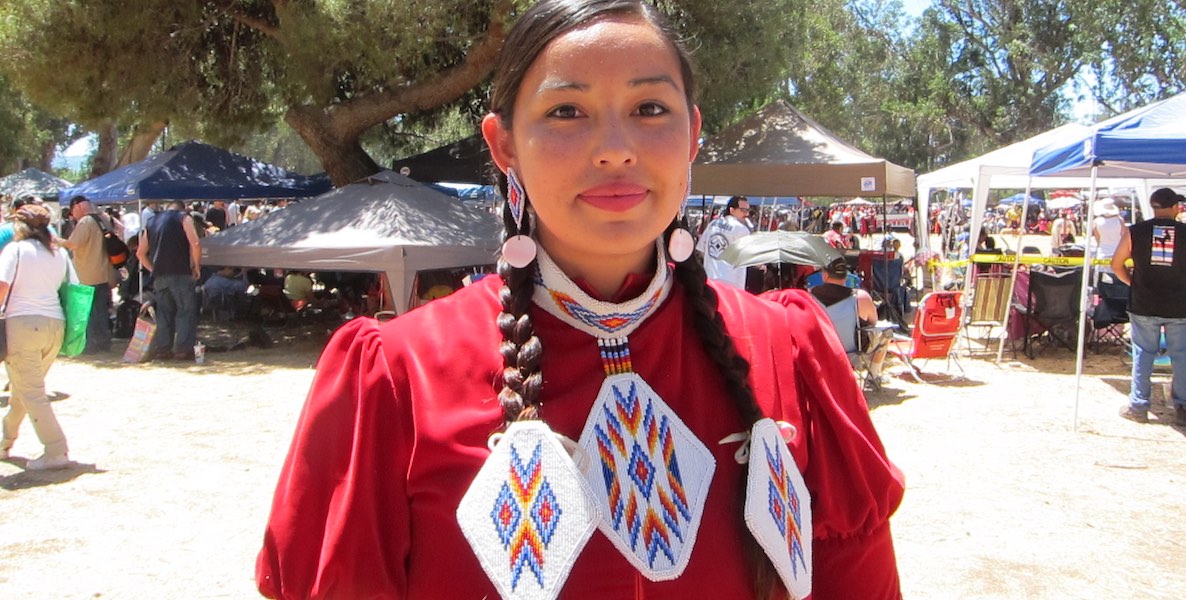 Do Something: Hear Lauren Chief Elk

The advocate for Native American women speaks at South Philly Barbacoa Monday night. Plus, talk law and order with Chris Hayes, welcome a new program by Al-Bustan and more ways to be an engaged citizen this week

Do Something: Hear Lauren Chief Elk

The advocate for Native American women speaks at South Philly Barbacoa Monday night. Plus, talk law and order with Chris Hayes, welcome a new program by Al-Bustan and more ways to be an engaged citizen this week

Every Monday night throughout the month of March, South Philly Barbacoa hosts an educational forum called “Justice and Agua Fresca” that covers a wide range of topics affecting cities and overlooked communities. You have two more chances to check it out this month. Monday, March 20, the guest speaker is Lauren Chief Elk, from Save Wiyabi Project, an advocacy group working to fight violence against Native American women. Her layered discussion takes on policing and the non-profit industrial complex through the lens of untested rape kits. On March 27, Ian Brendle, a third-generation farmer from Lancaster, PA, enlightens guests on what they may not know about laws surrounding “organic” produce and sustainability practices. As the title of the series suggests, agua fresca will be served along with vegan grub and rice. Monday, March 20, 6 p.m., $5, South Philly Barbacoa, 1703 S. 11th Street.

In his latest page-turner, A Colony in a Nation, Emmy-winning MSNBC host Chris Hayes pinpoints 1968, when Richard Nixon became our first “law and order” president, as the year our country ceased moving in the right direction toward racial equality. This week, he appears at the Free Library for a lecture that touches on the dangers of law and order, and “how a country founded on justice now looks like something uncomfortably close to a police state.” The subject hits close to home. As we’ve written, the concept of law and order conjures not only Nixon but Philadelphia Mayor Frank Rizzo. And we all heard Donald Trump breathe new life into the concept during his speeches throughout the 2016 presidential campaign. Auditorium seats for the event are sold out, but you can grab an in-house simulcast ticket for $6. Thursday, March 23, 6 p.m., $6, Free Library of Philadelphia, 1901 Vine Street.

Catch a Flick With Girls on the Run A new documentary by physician and filmmaker Delaney Ruston delves into a rather new phenomenon that’s unfolding in living rooms and backseats across the country: kids glued to their tablets and phones. Ruston did some research and found that young people spend an average of 6.5 hours a day between home and school (!) looking at screens. In this documentary, called Screenagers, she analyzes what kind of impact Internet addiction could have on their developing brains and offers up some solutions for parents on how to help their kids find balance in a relentless—and sometimes cruel—digital age. The film gets screen time at the Community College of Philadelphia this week courtesy of Girls on the Run Philadelphia (GOTR), a group that uses running to encourage good health and leadership skills in local youth. The screening will be followed by a panel discussion featuring a well-rounded collection of voices, like Philadelphia public school teacher Mimi Romeo and an eighth grader from McCall School named Emily Maiorano. Proceeds support scholarships for GOTR participants. Thursday, March 23, 6:30 p.m., $5-$10, Community College of Philadelphia, 1700 Spring Garden Street.

Related from The Philadelphia Citizen:
Girls Run the World
Girls On The Run uses running to teach girls confidence, leadership and good health

Sleep Out for Homeless Youth Friday night, toss your cozy covers aside and crash outside on a cardboard box to raise money—and show support—for local homeless youth. Philly homeless youth shelter Covenant House hosts its annual Sleep Out: Young Professionals Edition that seeks to raise $125,000—money that will provide more beds and ensure that Covenant House doesn’t have to turn away any young person who needs a warm place to stay. The night unfolds at the Germantown branch of the shelter, where you’ll dine on a boxed lunch—probably a tuna sandwich—with residents. Once that’s wolfed down, the kids go upstairs to their beds, while Sleep Out attendees grab a cardboard box and find a place to sleep in the parking lot. It’s perhaps the ultimate gesture of support for these youth, who range in age from 18 to 24 and have statistically been subject to traumatic experiences like LGBTQ-related hate crimes, sexual and physical abuse and sex trafficking. Each Sleep Out attendee is asked to raise a minimum $1,000 for the cause. Read more about Sleep Out here, then get out there and start raising some dough for these kids. Friday, March 24, 7 p.m.-7 a.m., The Friends Center, 1501 Cherry Street.

Related from The Philadelphia Citizen:
The Citizen Recommends: Sleep out with Covenant House
The city’s shelter for homeless youth is expanding, but more needs to be done. Join them by sleeping outside on a cardboard box to help out This weekend, Al-Bustan Seeds of Culture, an organization dedicated to spotlighting Arab culture through arts and education, launches a brand new year-long project that explores displacement and identity in Philly’s minority and refugee communities. “With Iraqi and Syrian refugees moving into the city as local African American residents are displaced by gentrification, [(DIS)PLACED] will shed critical light on what it means to be ‘home,'” explains an event organizer. They’ll do that through a series of community engagements that feature storytelling, live music, poetry readings and visual art created by a group artists in residence who will create artworks inspired by stories of Philadelphians who have been affected by displacement. (DIS)PLACED gets official kickoff treatment at a public forum Saturday afternoon, which features an itinerary of performances, an audience-participatory discussion and food from a local Arab restaurant. Organizers ask that everyone interested in attending RSVP here. For more on upcoming events, go here. Saturday, March 25, 1-4 p.m., free, Philadelphia History Museum, 15 S. Seventh Street.

Related from The Philadelphia Citizen:
We Were All The Snake
Al-Bustan puts a face and a story to refugees in Philadelphia

Gather Under the Big Top for the Homeless Dignity Housing (DH) goes to the circus—at least in theme—for their annual charity gala. Taking place Saturday evening at the Regal Ballroom, the night promises live entertainment, dancing and games on top of a decadent spread of cocktails and hors d’oeuvres. DH is a program founded and guided by homeless people and activists that works to break the cycle of poverty by providing quality housing and other support services for homeless families and individuals. Money raised will help the nonprofit maintain its 58 affordable housing units and provide clients—mostly single African American women and their children—with counseling that promotes self-sufficiency and opportunities to find work and more permanent housing. If you can’t make the party, and would like to donate to DH’s mission, go here. Saturday, March 25, 7-10 p.m., $125-$5,000, Regal Ballroom, 5411 Oxford Avenue.