You can donate to the Fund here. 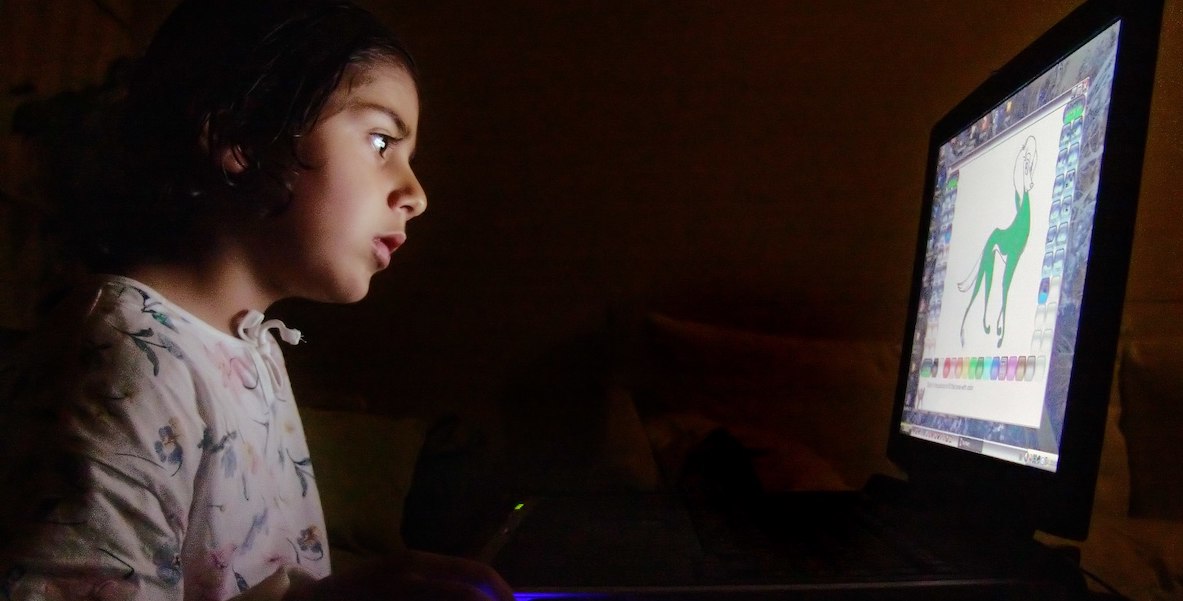 It’s nearly 50 days into the pandemic and thousands of school kids still aren’t able to access online learning. WURD’s midday host wonders, why can’t we be more like Detroit?

It’s nearly 50 days into the pandemic and thousands of school kids still aren’t able to access online learning. WURD’s midday host wonders, why can’t we be more like Detroit?

What we are sure of is that it’s just … offensive. And it’s emblematic of City Hall and the School District’s inability to creatively come up with an inclusive remote learning rollout or to effectively advocate in any real way for struggling Philadelphia students.

On Thursday, Superintendent William Hite announced he’s pulling the plug on that idea in a very weird “what-had-happened-was” reversal of what everyone—except him—heard him say.

However … what’s still so complicated about this? It’s been nearly 50 days since Philadelphia schools closed and there’s still no sign of a complete and confident remote learning plan city residents can trust.

It’s troubling, definitively insane, that Philly accepts this. Certainly, no one expects or should unreasonably demand perfection on this. We get it; it’s “unprecedented.” But, damned if Philly didn’t embarrassingly show up at the bottom of some nosy education researcher’s ranking of urban system Covid-19 responses. After a while, it’s just not funny anymore. It’s downright alarming.

It does no one living or working or headquartering or running for office in Philly any good if the kids aren’t all right. Now might be a good time more than any to stop messing around and ensure they are.

Other big cities have managed to to work towards some semblance of an organized and functional remote learning system. Detroit—a city of 673,000 (less than half the size of Philly) and a School District population a quarter of the size of Philly’s—managed to just pull together a $23 million collection pot from its business and non-profit community that will keep it simple: buy all 50,000 Detroit students a laptop and give them free internet access.

It happened within 48 hours of the Detroit NAACP president pressing the local utility, DTE Energy, to step up—something NAACP chapter presidents are supposed to do in moments like this (not sure where Philly’s NAACP is). As DTE Energy CEO Jerry Norcia told The Detroit Free Press:

He said, ‘Jerry, when are you corporate leaders in Detroit going to fill your big shoes and address a fundamental issue for children in Detroit?’ This happened in like 48 hours. We were having daily calls, you know, on the evenings, through the weekends. We gave our technical teams this impossible challenge which is, in 45 days, we want 50,000 devices in the hands of children and we want this broadband issue resolved.

In Philly, after the school board’s emergency $11 million approval, the district purchased—and seems to have distributed—40,000 laptops. And just in time; the supplies are low and some districts have had to wait even longer. Just over $7 million of that money was donated: Comcast CEO Brian Roberts jumped in with a $5 million “offset”; Sixers’ managing partners Josh Harris and David Blitzer gave another $2 million, and some other funds came from Bank of America and Crown & Castle.

Related from The Philadelphia Citizen:
Reality Check: Unprecedented Doesn't Mean Unexpected
The City, like the country, was unprepared for Covid-19, WURD’s midday host contends. How do we do better now?

But where’s the rest? There’s a lot more Gross Domestic Product floating around in Philadelphia County than in Detroit’s Wayne County: $112 billion in GDP versus $88 billion, according to the Bureau of Economic Analysis. Yet in Philly, it’s been stumble after stumble, one vexing headline of indecision and half-step after the next. This should be an easy lift given the emergency of the moment, and an effort that would actually cost less than the $23 million Detroit raised for a school district that’s much smaller in comparison.

We’re not done yet if you’re asking families and their kids to sit in parking lots, especially when many rely on public transit and won’t have a car to sit in to weather the elements. From what we know, there are 21,500 Philadelphia public school students without internet access, according to the District’s own analysis.

It’s been nearly 50 days since Philadelphia schools closed and there’s still no sign of a complete and confident remote learning plan city residents can trust.

Comcast is offering free public WiFi hotspots for households with children, for the next two months. After that, they’ll have to pay the $10/month for Internet Essentials—which will take them back to the other side of the digital divide again. And Hite says he’s not sure the District can issue WiFi hotspots to every student in time, that it’s logistically impossible.

So why not give every qualifying Philadelphia public school student an Xfinity WiFi on Demand account at an average cost of $55/month? There are hundreds of these peppered across town. For 21,500 students, that’s a roughly $1.2 million dollar a month expenditure … or $14.4 million annually. That is still less than what was raised for a Midwestern big city school district that’s a quarter of the size of Philly’s … in just 48 hours, folks!

All this is to say that the infrastructure and the money is there—if we grab the opportunity.

Philly’s School District should have completed this by now. And, this really should be the big step-up moment for Philadelphia, a time when the mayor, the superintendent and City Council have those conversations with the vast corporate, educational and medical industry ecosystem to ask for a little help on those simple things like laptops and internet for every child in the city.

Indeed, common good contributions like that could be viewed as “PILOTS” or payments in lieu of taxes plan (something Mayor Kenney himself ran on in 2015 but forgot about).

It does no one living or working or headquartering or running for office in Philly any good if the kids aren’t all right. Now might be a good time more than any to stop messing around and ensure they are.