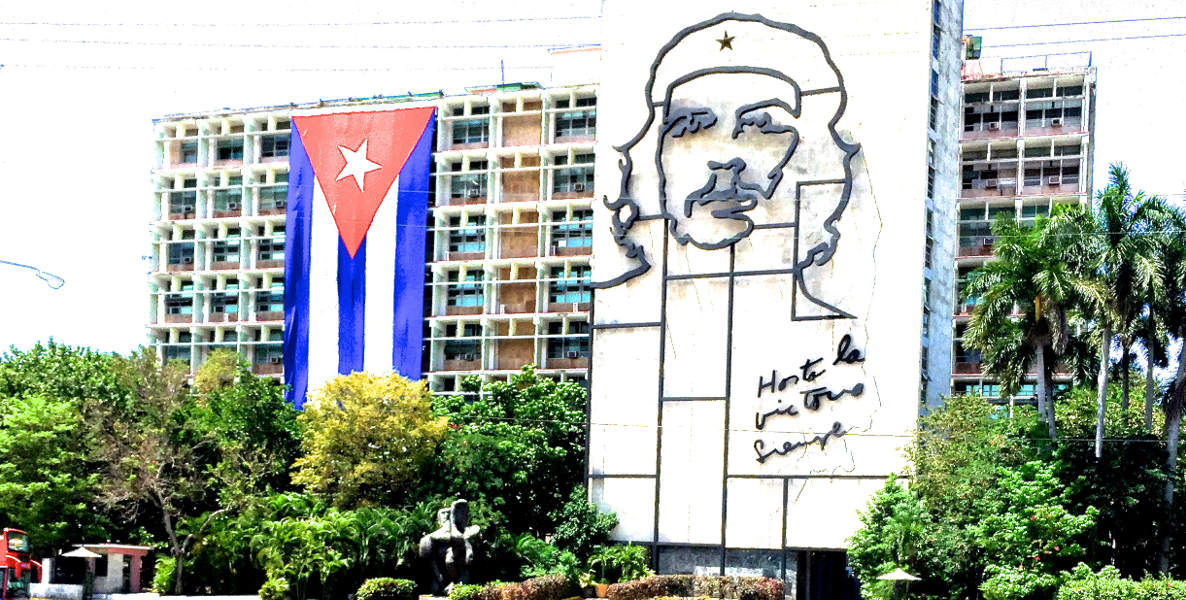 Ideas We Should Steal: The Cuban Literacy Campaign

More than fifty years ago, Cuba eradicated widespread illiteracy in one calendar year, and its literacy rate still leads the world. If Cuba can do it…why not Philly?

Ideas We Should Steal: The Cuban Literacy Campaign

More than fifty years ago, Cuba eradicated widespread illiteracy in one calendar year, and its literacy rate still leads the world. If Cuba can do it…why not Philly?

“It was all Che! Che! Che Guevara!” José, my cab driver, is looking at me through his rear-view mirror, making sure I understand. I’ve asked him about the Campaña Nacional de Alfabetizacion en Cuba—the Cuban Literacy Campaign. And so we’ve pulled up to the Plaza de la Revolución, where Guevara’s face adorns the towering side of a tall building. It was here that, in December of 1961, thousands of Cubans marched and celebrated the slashing of the country’s illiteracy rate from 25 percent to less than 4 percent—within a year. José wants me to know it was Che who prevailed upon Fidel Castro to make 1961 the “year of education.”

I’m in Cuba to write an unrelated adventure piece for a national magazine, but the story of Cuban education is as adventurous and captivating as the feat of physical derring do I’m here to chronicle. I’d known about Cuba’s wildly successful health care system, but I hadn’t known its education story. Education at every level is free. Schools open at 6:30 a.m. and close 12 hours later, providing morning and after-school care. There is no truancy and hardly any misbehavior. Teachers make house calls if kids are too sick to make it to school. Cuba spends 10 percent of its budget on education, compared to 2 percent of the United States’ federal budget. The result is that 60 percent of Cubans have some level of higher education.

On the Plaza de Armas, I walked the narrow cobblestone streets, passing by un-air conditioned classrooms where no more than 20 children per class, dressed in the standard uniform of burgundy shorts and skirts with white shirt and tie, sat reading quietly at their desks. I stood at the open window of one, watching. The teacher smiled and waved.

The roots of all this trace back to that first year after the Revolution, when Castro and Guevara made learning how to read part of a political movement. At the time, the illiteracy rate was 11 percent in Havana, but 42 percent in the countryside. They actually closed the schools and sent brigadistas—literary brigades of teachers and students—away for a two-week crash course and then out into the peasant fields to build schools and teach. Students lived with host families, tutoring the adults and their children in reading and writing. “You will teach, and you will learn,” Castro told the 100,000 volunteers. Newspapers carried photos of each one, student and teacher alike, contributing to the widespread sense of mission. (Today, in a museum in the western suburbs of Havana, thank you notes to Castro from formerly illiterate peasants are on display). Within a year, 707,212 adults had learned to read and write.

Castro closed the schools and sent brigadistas – literary brigades of teachers and students – away for a two-week crash course and then out into the peasant fields to build schools and teach. Students lived with host families, tutoring the adults and their children in reading and writing. Within a year, 707,212 adults had learned to read and write.

“The genius of the Cuban campaign was that they made it make a difference,” Theodore Macdonald of London Metropolitan University’s Human Rights & Social Justice Institute told The Independent five years ago. “It wasn’t just about peasants becoming literate; it was about learning to read so they could join in, politically and socially: there was a point to it. And then they wanted more.”

The Cuban Literacy Campaign was the most ambitious and most successful reading and writing movement in world history. Today, Cuba’s literacy rate is 99.8 percent, higher than in the United States and Great Britain. Yet it hasn’t led to economic growth. In this country, we tend to think of education as the key to expanding opportunity. But Cuba is mired in poverty despite its stellar education system. Every cab driver we had was university-educated. Turns out, education isn’t enough; free markets are also needed to create jobs.

In Philly, where such free enterprise does exist, our illiteracy rate is now roughly what Cuba’s was in 1960. Our 27 percent poverty rate—the worst big-city rate in the country— tracks with that same illiteracy rate. Coincidence? Mayor Nutter doesn’t think so. Last month, he received a Literacy Leadership Award from the National Coalition for Literacy. “There is clearly a direct correlation between our city’s high poverty rate and the low adult literacy rate,” he said upon receiving the award. “Helping adult learners increase their literacy skills ultimately helps them support themselves and their families.”

The Mayor’s Commission on Literacy has brought literacy and ESL providers together with workforce development professionals and launched MyPLACE campuses, which are both virtual and brick-and-mortar “one-stop shops” for adult education and career preparation. And the city has set a bold—some would say unrealistic—literacy goal as part of its READ!by 4th grade campaign,which aims to ensure that every Philadelphia fourth grader is reading at grade level by 2020. Still, is it enough? These may be smart policies, but do they match the urgency of the moment? More than half of adult Philadelphians—roughly 550,000 of our fellow citizens—lack basic literacy skills. That’s pretty close to what it was in 2007, when Michael Nutter was elected.

“With $56 million, we can just about wipe out illiteracy,” says Dr. Judith Renyi, the director of the Mayor’s Commission on Literacy. The current budget for the city’s innovative MyPLACE program is $1 million. “It’s really a matter of will,” Renyi says.

Apparently policy alone won’t do it. “It’s really a matter of will,” says Dr. Judith Renyi, the director of the Mayor’s Commission on Literacy. “As a country, we don’t have the will to do this.” Renyi spent her professional career in K-12 education reform before Nutter appointed her four years ago. She quickly became convinced that the conventional wisdom—that fixing our schools is the key to combating poverty, something Jim Kenney, among others, has steadfastly maintained—has it backwards.

“You can’t reform schools on the backs of poor kids,” she says. “Their parents have to have jobs and a sense of self-sufficiency. You can’t crack poverty at the child level, but it’s what is most attractive to people.”

Instead, Renyi says, we should be attacking adult illiteracy. “The mayor has stopped asking me if we’re making a dent,” she concedes. “The numbers are just too big. In a normal year, we have between 5,000 and 6,000 high school dropouts and 1,500 students passing their GED. You do the math. We’re compounding this problem by the thousands every single year.”

The frustrating part is that Renyi knows how to turn things around—and it’s not an altogether different approach than Cuba used five decades ago. Three years ago, Nutter asked her what it would take to reverse the adult illiteracy numbers. “I can grow MyPLACE large enough to substantially reduce illiteracy for $56 million a year,” she told him, though she didn’t know where all the teachers for her plan would come from.

Currently, MyPLACE—which has received national plaudits—has a budget of $1 million. “With $1 million, we’re able to demonstrate how to do it,” Renyi says. “With $56 million, we can just about wipe out illiteracy.” She notes that such an investment would still be dwarfed by what we spend on incarceration.

In effect, Renyi is suggesting we do what the Cubans did: Declare war on illiteracy. But there’s precious little political will for that kind of a game-changing commitment. That’s the true lesson of the Cuban success. The government and the people shared a bold ambition. Maybe closing the schools and sending kids and teachers into communities to teach reading and writing isn’t quite practical in today’s Philadelphia. But the principle acted upon by Castro, Guevara and the Cuban people over 50 years ago could still apply. Renyi doesn’t know where the teachers would come from for her $56 million plan? What if they were…us? An army of volunteers? Maybe, rather than passively waiting for government policies to magically kick in, we need to urge our political leaders (are you listening, Jim Kenney?) to take a page from Cuba and empower a movement of citizen volunteers to fight what Renyi and others say is a winnable fight.