City Council must act on this housing opportunity

The bipartisan House Bill 581 is designed to expand affordable housing in Pennsylvania by allowing local governments to have a 10-year property tax abatement program for affordable housing. City Council will have to pass legislation enabling this act to take effect.

Philadelphia's plan for growth and development?

Are you familiar with Philadelphia’s Comprehensive Plan? It’s the City’s roadmap for growth, development, and investment. The Philadelphia City Planning Commission (PCPC) works to answer questions like how much housing we need, where buses should run, and what recreation centers need upgrades. Understand what the future of the city’s infrastructure, housing, and transportation looks like, and find out how to get involved here.

We hope to do that in our Good Citizenship Toolkit, which includes a host of ways to get involved in Philadelphia—whether you want to contact your City Councilmember to voice your concerns about our housing crisis, get those experiencing homelessness the goods they need, or simply go out to dinner somewhere where you know your money is going toward a greater good. 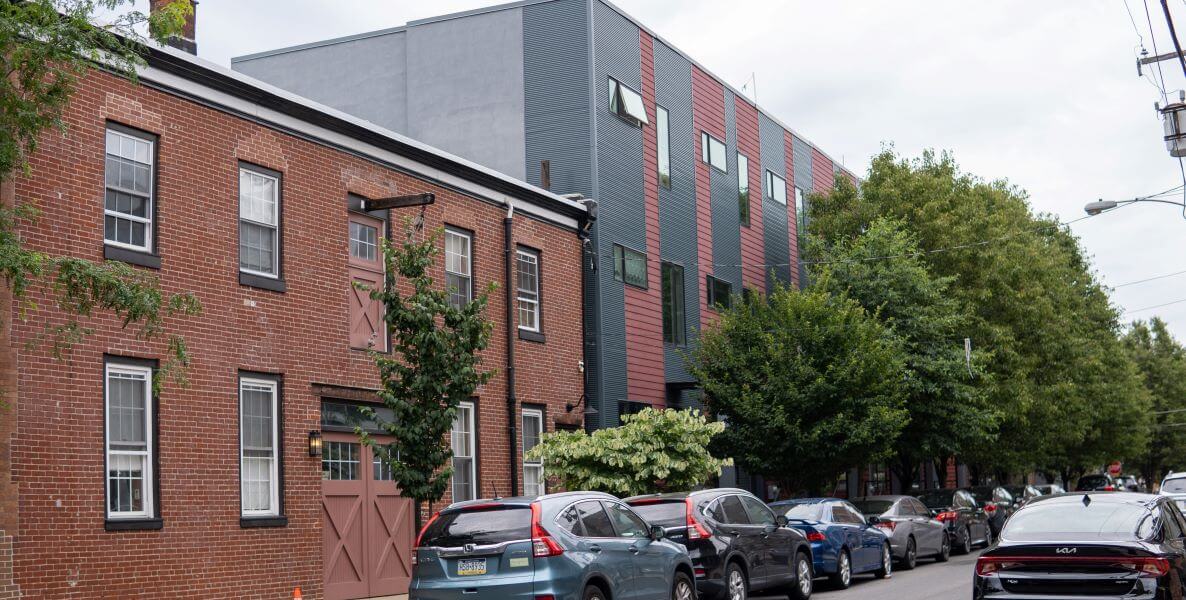 America is in the grips of a nationwide housing shortage that totals about 3.8 million housing units. Last week, the New York Times published an informative analysis showing how this problem has moved beyond just the big cost-crisis metros on the coasts, and now impacts virtually every metropolitan area in the country.

One of the sources for the piece was a new report from the organization Up for Growth, which estimates the housing shortage within each metropolitan region. In the Philadelphia region, the housing deficit is estimated to be 89,949 housing units, or about 3.6 percent of the total housing stock, as of 2019. Keep in mind that this is for the Metropolitan Statistical Area, which also includes Camden, New Jersey, and Wilmington, Delaware, in addition to the cities and towns in Southeastern Pennsylvania.

We’ve written before about how Philadelphia County has been permitting an outright majority of the new housing in Pennsylvania, despite being just one out of 67 counties. In 2021, Philly actually permitted two-thirds of all the housing in the Commonwealth. Meanwhile, the collar counties’ permitting numbers have been mostly pitiful, though Chester County saw a decent uptick in 2021. From our February article about the 2021 permitting stats:

All combined, the four counties outside of Philadelphia — Bucks, Chester, Delaware, and Montgomery — permitted just 5,183 homes in 2021, which is just one-fifth of Philadelphia’s total.

The high-level story of the last half-decade is that Philadelphia has emerged as the housing permitting workhouse of the region and the state, while the suburbs aren’t even treading water when it comes to meeting housing demand. Consequently, housing prices have risen just as you’d expect.

In Pennsylvania, we haven’t seen that kind of urgency from the state legislature on too many housing issues in recent times. Housing generally doesn’t see the volume of legislative activity in Harrisburg the way it does in other states. It’s true Pennsylvania does not have the same severity of affordability problems that New York City or the San Francisco Bay Area do, but even so, much lower levels of cost pressure have prompted state governments to take action across the country, both in red states and blue ones, and pretty commonly with bipartisan coalitions.

In a hopeful sign, the end of Pennsylvania budget season saw some significant housing bills pass on a bipartisan basis that, with any luck, could set the stage for more ambitious bipartisan action on this pressing topic for current and would-be Pennsylvania residents.

Michaelle Bond at The Inquirer published an article with a rundown of the bills, which included the Whole-Home Repair bill from freshman Senator Nikil Saval, an affordable housing abatement from Rep. Jared Solomon, and a low-income property tax freeze option:

Housing and energy efficiency advocates, home repair programs, and average Pennsylvanians trying to fix their homes told lawmakers about the gaps they have experienced in existing services: lack of funding, lack of coordination among programs, and lack of a skilled workforce to complete repairs.

Thanks to the American Rescue Plan Act and a budget surplus, Pennsylvania’s budget includes funding for the Whole-Home Repairs Program, which provides grants of up to $50,000 for repairs and energy efficiency upgrades, allocates staff to assist people in navigating red tape, and pays for training to bolster the workforce needed to improve homes.

The program targets homeowners who make less than 80% of the area median annual income, or $75,900 for a household of three in Philadelphia, and landlords who own less than 15 rental units.

The Whole-Home Repair bill from Senator Saval was an impressive legislative achievement because of how it was able to sidestep the general partisan stalemate around spending the billions in federal Covid relief funds that have been sitting in the state’s bank account.

Republican members have generally resisted efforts by Democratic lawmakers to spend the federal funds on various social and economic support initiatives, but in the case of Whole-Home Repair, the bipartisan appeal of funding blighted building remediation and expanding eligibility for federal Weatherization Assistance Program funding was able to break the logjam. The budget funded the Whole-Home Repair program at $125 million, which was $25 million more than supporters said would be needed from state funds to get started.

Another bill from Rep. Jared Solomon would allow local governments to have a full 10-year property tax abatement program for affordable housing — and would also require local approval to go into effect. That bill would additionally create a new option to freeze property taxes for low-income households — a more targeted tool than was available up to this point from the state-approved menu.

At the time when City Council was considering ways to reform the 10-year property tax abatement for new construction, the idea of keeping the abatement in place for affordable housing while reducing it for all-market-rate housing was considered, among other options, but the City didn’t have the legal authority from Harrisburg to do it.

The fact that two pro-supply bills could get through a divided government in Harrisburg is an encouraging sign, and the bipartisan legislative coalition that pulled this off is hopefully feeling appropriately proud of their good work here, and eager to get the band back together for more bills of this theme.

Under Rep. Solomon’s bill — which had the full support of the Philadelphia state delegation — a building where 30 percent of the housing units were priced at or below 60 percent of the area median income could collect the full 10-year tax abatement. For market-rate developments, the value of the abatement decreases by 10 percent every year after the first year, so retaining the full abatement option for more mixed-income projects could set up an interesting policy differential that pushes more investment toward mixed-income housing.

The full abatement was also left in place for redevelopment projects such as the adaptive reuse of existing buildings, and there have been some interesting early signs that this is changing developer behavior, especially when combined with the improved zoning rules for reuse of historically-designated properties.

City Council would have to pass enabling legislation for this, which sets up an interesting test of members’ seriousness about improving residents’ lives in material ways, versus ideological ego-stroking. Abatement tools have come under fire from further left activists and elected officials primarily for economic fairness reasons combined with general antipathy toward real estate developers. People of that political persuasion generally weren’t happy with the extent of the abatement compromise from a few years ago, which essentially cut its value in half, since the campaign demand was to end it entirely.

Related from The Citizen
Philly is in the midst of a housing bonanza. Why that's a good thing 🏠
By Jon Geeting

Here you have a potential expansion of the abatement tool, rather than further curtailment, but it would be in the service of expanding housing options affordable to middle-class people — a goal that in theory should be compatible with progressive political priorities, but which is bound to rub the purest purists the wrong way for fussy ideological reasons.

The fact that two pro-supply bills — Whole-Home Repair and the affordable housing abatement — could get through a divided government in Harrisburg is an encouraging sign, and the bipartisan legislative coalition that pulled this off is hopefully feeling appropriately proud of their good work here, and eager to get the band back together for more bills of this theme.

Pro-supply housing coalitions in California, Oregon, Washington, and several other states that have passed pro-supply housing legislation at the state level have shared a similar political-geographic make-up as the Whole-Home Repair coalition in the PA Senate and the affordable housing abatement coalition in the PA House, both of which brought together primarily urban and rural legislators for the core team (and fewer suburban and exurban members.)

With any luck, these bipartisan housing coalition-building efforts by Senator Saval and Rep. Solomon will have forged some useful working relationships on housing across party lines that could continue to pay dividends in the next term.

RELATED STORIES ON HOUSING FROM THE CITIZEN