Home » All » Where’s Our ‘Paige Against The Machine’?

Want to ensure our local leaders are doing more than just playing to the national political audience? That real change is happening in Philadelphia? That—just maybe—the same old doesn’t keep on keeping on?

Then speak up. Contact your electeds and tell them to solve the city’s problems—not just feed the frenzy.

Here’s how to get in touch with them.

CitizenCast: Mayor Pete Could Be Your Next President
The Citizen hosted South Bend’s Pete Buttigieg in 2019. In the wake of the Iowa caucus this week, listen here for his vision of America’s future
Mayors for President
The Nowak Metro Finance Lab Director on how city leaders can be the national problem-solvers we need
Ideas We Should Steal Festival 2018 Video & Audio: Mayor as Conveners
Listen or watch Kansas City Mayor Sly James and Drexel's Bruce Katz on making real urban change. Hint: It takes collaboration. Then vote for their idea
Ideas We Should Steal: An Independent Mayor
In Syracuse, a mayor who doesn't belong to either party was just elected. What if it happened here?
The Fix: Corruption Is On The Ballot…In Chicago!
Can the Windy City’s stunning mayoral election results serve as an object lesson for Philly? 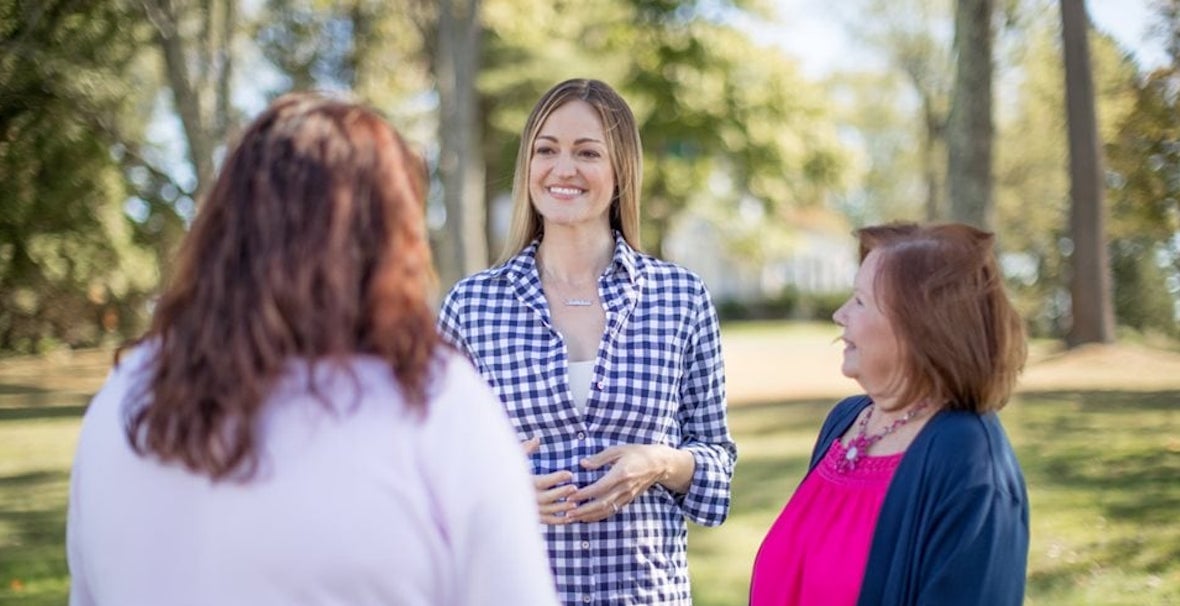 Where’s Our ‘Paige Against The Machine’?

Where’s Our ‘Paige Against The Machine’?

If, in the aftermath of last week’s election, the ground appeared to be rumbling at Washington, D.C.’s Congressional Cemetery, it was because the legendary late Speaker of the House Tip O’Neill was likely gyrating in his grave. It was O’Neill

who once famously observed that “all politics is local,” a quote that has long lived to signify a particularly nonpartisan, populist notion: That, on the local level, there is no liberal or conservative way to fix a pothole. A practical emphasis on constituents’ “kitchen table issues,” O’Neill seemed to be saying, was not only the key to progress, but also political success.

Well, if last week’s election results signified anything, it’s that we’ve utterly nationalized local politics. The only reason anyone on national TV talked about the Kentucky gubernatorial race, after all, was its status as a harbinger for the political fortunes of Donald Trump. Ditto the red to blue about-face of the Virginia state assembly.

Here in Philly, with our worst-in-the-nation poverty rate, an epidemic of murders, and a history of elected officials’ perp walks, you might think the campaigns for City Council and Mayor would have offered up a bevy of plans for growing jobs, stemming violence or cleaning up government. You’d have been wrong.

What we got instead, policy-wise, was pro-forma shibboleths cribbed from the national conversation, like the $15 minimum wage, which Philadelphia is pre-empted by the state from enacting on its own. And we got absurd speculation that our Mayor harbors a fantasy about running for governor. Most of all, we were transfixed by the rise of the Working Families Party, and Councilwoman-elect Kendra Brooks, who unseated Republican Councilman Al Taubenberger. Yeah, right, that ought to fix everything: Al Taubenberger was our impediment to change all along.

Given our nearly 8 to 1 Democrat to Republican voter registration, running against Trump in Philadelphia might be smart politics, but let’s not kid ourselves: It has nothing to do with actually governing. What we need is problem-solving that transcends the political divide, that reforms corrupt political institutions, that puts taxpayers first. In the past, I’ve highlighted a few such case studies elsewhere that do just that, from the rise of Syracuse Independent Mayor Ben Walsh—who recently recruited Microsoft to open a tech hub in the city as part of his $200 million inclusive growth “Syracuse Surge” plan—to Chicago Mayor Lori Lightfoot, whose first act upon her inauguration was to issue a citywide directive effectively crippling the Windy City’s version of Councilmanic Prerogative.

But perhaps the best example of this too-rare trend—common sense local reform trumping nationally-rooted partisanship—took place just 125 miles up the Turnpike’s Northeast Extension, where Independent Paige Cognetti stunned Scranton’s political establishment and won the mayor’s office in a special election to fill out the term of Bill Courtright, who had resigned after pleading guilty to federal bribery, conspiracy and extortion charges. Cognetti’s unofficial campaign slogan was “Paige Against the Machine.”

Check out this TV ad and tell me you don’t pine for something like this message here, in Corrupt and Contented-land:

Cognetti is no stranger to Philly, having graduated earlier this year from the spring incubator of the local New Leaders Council chapter, a training ground for millennial thought leadership. On the campaign trail, her bona-fides stood out. She’s a former Obama staffer in the Treasury Department, where she got a crash course in trial by fire during the Great Recession. She’s a Harvard MBA, which came in handy during her controversial tenure on the Scranton School Board, where she led the reform of the entity’s anything-goes procurement and contracting practices. (Its bussing contract, she discovered, hadn’t been put out for competitive bid since 1991).

I caught up with Cognetti this week, while she toiled away on the transition to governing. “That’s so funny you say that,” she said, when I remarked upon her campaign’s seemingly singular refusal to nationalize her race. “I was at a workforce development forum last night and a TV reporter asked me for a comment about impeachment. I said I hadn’t watched the hearing, because I was busy trying to put a government together. But that’s my big concern these next months—that we don’t stay focused on what’s important, which is solving the problems we need to solve here.”

Maybe Cognetti offers a roadmap for how to effect change: Eschew the debilitating national debate. Challenge instead of pander. Let policy follow the facts. Make your voter feel like you’re on her side.

Cognetti’s yen for practical problem-solving is rooted in her experience during Obama’s first term, when the economy was cratering. “I was a political appointee and Tim Geithner, an independent, was running the department,” she recalled. “You don’t run Treasury along partisan lines, especially in the middle of a meltdown. You’re just trying to save the economy from the abyss. You have to have a pragmatic approach. We had a saying back then, ‘Plan beats no plan.’”

Cognetti’s election was no surefire thing, perhaps owing to her true outsider status. She is not a native Scrantonian. She moved to the city after falling in love with a local sandwich-shop maker while in town working on a campaign. (Late one night, she told the Harvard Business School Alumni magazine, “a very handsome young man made me the most delicious Tuscan chicken sandwich and gave me a ton of free chocolate. And now I am married to that man.”)

Her penchant for B-school charts and reams of data—“public officials must be able to show their work”—raised eyebrows on the School Board, and among the keepers of the town’s status quo. A report on school finances by then-Auditor General Eugene DePasquale had revealed widespread malfeasance and criminality. Along with four reform-minded colleagues in the Board’s minority, Cognetti says, “we were able to chip away. It was hard, but this wasn’t nebulous corruption. It was real criminality. We were able to wear down the powers that be.”

She was called a “micro-manager” and a “bulldog” by critics—including the school superintendent—but learned that she was tougher than she had thought. That, combined with stellar political instincts, presaged Cognetti’s upset win. Knowing that Scranton’s Old Boys’ network would nominate one of their own for the special election, she didn’t even seek their imprimatur, running as an Independent instead. And, in her refusal to nationalize the election and instead present herself as the solutions candidate, she carved out the populist “I’m On Your Side” lane—without falling prey to left-wing talking points.

Cognetti knew that, in the same way that it’s not enough for Democrats to run just against Trump, so too was it imperative to resist running just against corruption. “You also have to offer a vision of what we can be and what we can do together,” she says.

“I was at a workforce development forum last night and a TV reporter asked me for a comment about impeachment,” Cognetti says. “I said I hadn’t watched the hearing, because I was busy trying to put a government together.”

Cognetti’s platform was devoid of pandering; there was no billionaire-bashing, no talk of privilege or identity. Don’t get me wrong: Such buzzwords are worthy of cultural discussion. But, politically, narratives centered around such hot-button ideas can actually distract from getting stuff done.

Cognetti’s plan for Scranton, long on the unsexy blocking and tackling of politics and policy, focused on growing jobs and empowering citizens. She harped on investments in infrastructure, budgetary transparency, cutting red tape for local businesses, matching education and training with local job opportunities. Nothing groundbreaking, right? But how refreshing would the prioritization of any such policy be here, where we just had yet another local issues-free election?

Not long ago, I (foolishly) wondered if the indictment of labor leader John Dougherty and Councilman Bobby Henon would, in effect, put corruption on our ballot. It did not. Such is the shameful power of entrenchment in the birthplace of American democracy. The indictments, the perp walks, the resilience of Councilmanic Prerogative and rank cronyism (like when Mayor Kenney put Dougherty’s now-indicted chiropractor in charge of zoning), the fact that, in the aftermath of the Dougherty investigation, the Mayor deleted all his text messages, including those between him and Dougherty…none of it leads to widespread calls for reform, because it just may be that good government movements don’t happen on their own. They tend to need a catalyst. Paige Cognetti may have lit just such a spark in Scranton. Is there such a catalyst among us here?

That’s where there may be some reason for cautious optimism. Just judging from recent headlines, one can identify at least three good government change agents in our midst. Certainly, Controller Rebecca Rhynhart, who just this week released a report holding the Kenney administration to account on its use of funds derived from the beverage tax, seems Cognetti-like, a chart-wielding apostle of transparency. Then there’s Councilman Allan Domb, who has proposed term limits for Council, and, observing that Philadelphia taxes its poorest residents at a higher rate than any competing city, this week advanced a bill over Kenney’s opposition that offers a wage tax rebate to low-income workers. Finally, there’s Councilwoman Maria Quinones-Sanchez, a pragmatic progressive, and the only elected official to call for Henon’s resignation.

In effect, Jim Kenney’s lame-duck status began last week. Big, game-changing ideas won’t come from our tax-and-spender-in-chief, who would rather demonize Donald Trump than fix our roads. So for all those who seek to fill that vacuum these next four years, maybe Cognetti offers a roadmap for how to effect change: Eschew the debilitating national debate. Challenge instead of pander. Let policy follow the facts. Make your voter feel like you’re on her side. Do that, and maybe ol’ Tip O’Neill can finally rest in peace.