Reality Check: Four Reasons Krasner May Lose the DA's Race
WURD’s afternoon host says the progressive candidate makes too many assumptions about Philly voters—perhaps to his peril
Schooling Krasner
With four months to go before election day, what lessons can the likely DA learn now?
What DA Race?
Tomorrow, the city will elect a new District Attorney. It would have been nice to have had a campaign that talked about keeping Philadelphians safe 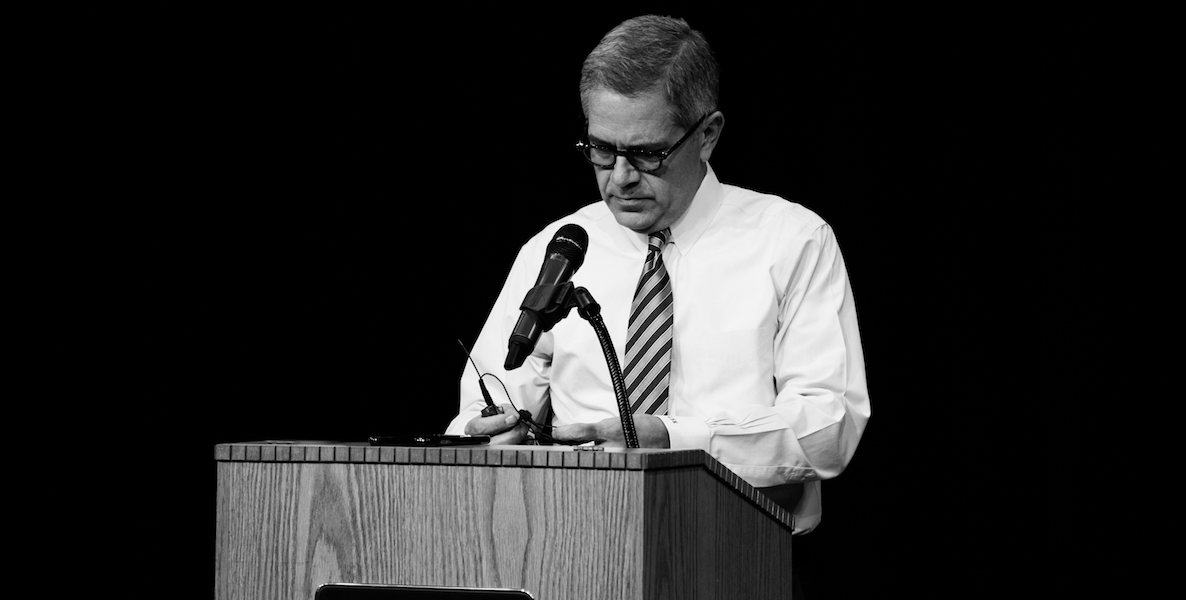 The Not Ready For Prime Time D.A.

Larry Krasner’s week one debacle was more about inexperience than ideology. Can he grow into the job?

The Not Ready For Prime Time D.A.

Larry Krasner’s week one debacle was more about inexperience than ideology. Can he grow into the job?

It sounds like the set-up to a bad joke: What do Donald Trump, Oprah and Larry Krasner have in common?

That’s what I kept thinking as I watched our new D.A.’s amateurish first week, while my phone rang with calls from freaked out Assistant District Attorneys and one rather livid cop who feared that some vital criminal cases had been put in jeopardy by our new chief law enforcement officer.

In case you missed it, change agent Krasner, the longtime civil rights and defense attorney-turned prosecutor, came out swinging, firing 31 members of the District Attorneys office last Friday. Clearly, the leader of any organization has the right to remake the staff he inherits; that’s what Ed Rendell did in 1978 upon becoming District Attorney.

But how he did it was decidedly different, more emotionally intelligent and politically smarter. Rendell instituted an orderly process, whereby every employee was given the opportunity to resign and reapply for their position. In the end, Rendell got the staff he wanted without sacrificing morale, without defaming those he’d jettisoned, without disrupting criminal court proceedings, and without seeming to be in over his head.

Though they come from opposite ends of the political spectrum, it was impossible to watch the news of Krasner’s purge without being reminded of Trump’s ill-fated travel ban rollout.

Not so Krasner, which is where the Trump comparison comes in. Though they come from opposite ends of the political spectrum, it was impossible to watch the news of Krasner’s purge without being reminded of Trump’s ill-fated travel ban rollout.

Let’s look at the similarities. Trump’s amateurish rush to enact a travel ban—his executive order wasn’t even vetted through the Justice, Homeland Security or Defense departments—resulted in hundreds of immigrants having their legal visas revoked while literally flying to America, trapping them in airports far and wide. Krasner’s rush to symbolically declare that there’s a new sheriff in town resulted in the disruption of many criminal proceedings, including the postponement of a murder trial because the Assistant District Attorney had been fired, delaying justice for victims.

Schooling Krasner
With four months to go before election day, what lessons can the likely DA learn now?

“This court has been placed, because of the management decisions by the new district attorney, in an exceedingly difficult position today,” Common Pleas Court Judge Barbara McDermott said. In another case, a defendant’s house arrest was lifted, because, the judge said, maintaining the restriction due to DA staffing issues wouldn’t be fair. That’s not exactly keeping the citizenry safe, is it?

McDermott is right to zero in on management. Let’s look at how the firings went down. Last Friday—a snow day—select employees were called and told to come in to the office. There, career line prosecutors like Carlos Vega were told their services would no longer be needed.

Vega has been a prosecutor in the DA’s office for 35 years; for 15 of them, he worked nights at UPS to make ends meet. Last Friday, he was told to pack up his belongings and was escorted from the building. Another ADA was fired in the hallway, breaking down in tears. It had the feel of an authoritarian (Trump-like?) purge. “They were led out like they were criminals,” said one witness. This is not the way firings take place in professional settings—in the public or private sector.

We should all want Krasner to succeed—because if he does, presumably that means our city will be safer. So what would it take for Krasner to grow into the job? Certainly, after his first week, a little humility.

Krasner was in the building for the firings, but when some of those being dismissed asked to speak to him, they were denied. Yet, when he spoke days later, while reluctantly admitting that the process could have gone better, he attributed the firings to “concerns that included diligence and ethics,” and, Trump-like, played fast and loose with the facts by saying these weren’t firings, they were resignations. Seriously? That’s really not a good start, dude. A forced resignation that results in an employee with tears streaming down her face being escorted from her place of employment is…a firing.

Those who were dismissed weren’t given reasons for their firing. Many were among protected classes—women, Latinos, older—and have spent this week seeking legal counsel. Some think their firings had more to do with having past run-ins with Krasner or his wife, Judge Lisa Rau.

Krasner’s response? “The coach gets to pick the team,” he told the media this week. “I’m the coach.” And he’s right. Krasner had the right to do what he did—but that doesn’t mean he went about it in the right way. Yes, the coach picks the team…but the team’s owner—in this case, the citizens—expects the coach to treat his players with respect.

Ironically, while there has been much handwringing—and hopeful anticipation—over Krasner’s criminal justice reform ideology, perhaps the gravest question mark surrounding him is simply his lack of political and managerial experience. He’s never held elected office, and nor has he ever run a large organization. Now he holds a political position and is in charge of 600 employees and a budget of $53 million.

Does he have the political skills to build coalitions, or is he just a bombthrower? After he was elected, after all, he never reached out to those he vanquished, not Republican Beth Grossman, nor Democrats Rich Negrin and Joe Khan. That’s not only lacking in magnanimity, it’s not smart politics. And now he’s charged with running an office that he specifically ran against, calling the DA’s office “a coverup organization” that protects corrupt cops. Remember, Kathleen Kane ran against the office she sought to lead, engendering a backlash from those career prosecutors she accused during her campaign of dragging their feet on the Jerry Sandusky case. How did that work out for us?

In Defense of Politics
What do Tom Wolf, Kathleen Kane and Donald Trump have in common? None are practitioners of the art of politics. Enough with on-the-job trainees

This is where we get back to the riddle that opened these ramblings: What do Donald Trump, Oprah and Larry Krasner have in common? Why Oprah? Because, after her inspiring Golden Globes speech, the Oprah for President express took off. I love Oprah, too, but let’s cool it with the any-celebrity-for-president meme, huh?

Krasner won highlighting his outsider status, but, after Trump nationally, and after Kane and Tom Wolf closer to home, shouldn’t we as voters get past hiring elected officials who require on-the-job training? Politics requires a discrete skill set, honed over years of service. I had the flu a couple of weeks ago, and guess what? I didn’t ask a civil rights lawyer or an orange-haired businessman what I should do. I called a doctor.

All that said, we should all want Krasner to succeed—because if he does, presumably that means our city will be safer. So what would it take for Krasner to grow into the job? Certainly, after his first week, a little humility. And as much focus on our rising murder rate—not to mention our paltry 40 percent homicide clearance rate—as on, say, arguing for clean opioid injection sites. Most of all, here’s hoping that our new DA realizes that not everything is an argument, and that bringing people together, and treating them with respect, is actually a practical way to get things done.