So maybe SEPTA isn’t into the idea. But it’s an idea all the same, and a step closer to action and change. You can join in to spark the conversation around transportation and election days by signing the petition here.

Have a better idea? Contact your electeds below and tell them what you think:

CitizenCast:Your City Defined—SEPTA Tokens
As the transit agency prepares to phase out the token, we look into the important questions. Like, why??
Reality Check: Riding SEPTA While Elderly
WURD’s afternoon host admonishes the transit agency and City Council for their attitude to Philly’s seniors
What to do about a problem like SEPTA?
The transit agency is finally sounding the alarm. It may be too little, too late
Citizen Mystery Shopper (Part 8)
The SEPTA Key card system is promising—when it’s not mind-numbingly perplexing
Ideas We Should Steal: Free SEPTA for students
Making Philly more accessible to college students could help keep them here after graduation 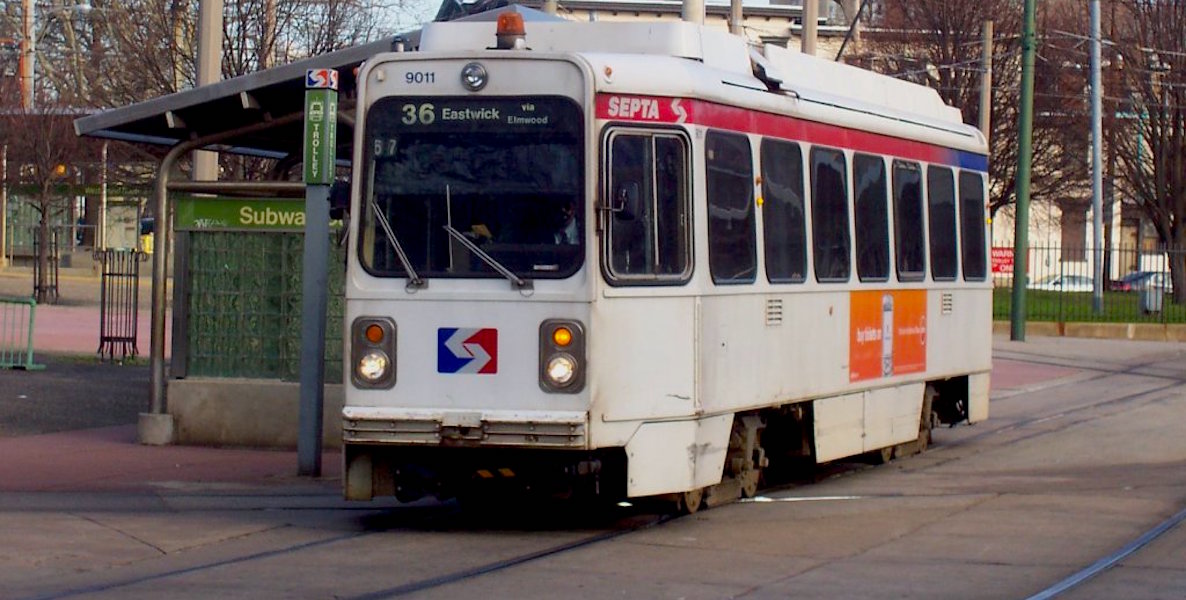 The Citizen Recommends: Free SEPTA to the polls

An urbanist PAC is petitioning the city to provide free transit on Election Day. Because we need to make voting as easy as possible

The Citizen Recommends: Free SEPTA to the polls

An urbanist PAC is petitioning the city to provide free transit on Election Day. Because we need to make voting as easy as possible

Dena Driscoll, a co-chair of urbanist political action committee 5th Square, was just “thinking out loud” one Saturday morning a couple weeks ago when she sent out a tweet that—she now hopes—will make voting easier for more people in a city that needs more people to vote.

Within hours, Driscoll’s tweet ballooned with hundreds of “likes” and was shared dozens of times around the Twittersphere. One commenter tagged Mayor Jim Kenney, asking “Can you make this happen?” Another person posited a rosy hypothetical: “Imagine starting a trend to get #freetransit on election day nationally.”

.@septa should be free on Election Day.

“I was like, ‘Wait a minute, this is something that we really need to think about,’” Driscoll said. So, the idea left the sphere of Twitter, and on October 2nd Driscoll posted a  petition on the 5th Square website:

“By making SEPTA free to riders on Election Day,” the petition reads, “We can help ease the burden to make voting more convenient, create a culture that values voting from the highest levels of City government on down, and makes sure Philadelphians get to the polls in a critical midterm election year when the city’s interests are on the line in Harrisburg and Washington.”

“Public transit is a public service. We are looking to hold SEPTA and the city accountable with transit and making it accessible for people,” said Driscoll. “We really hope this opens up a conversation to getting people to the polls this year and other election years as well.”

As of Wednesday, eight days after the petition was posted, it had clocked over 560 signatures—surpassing the initial 500 signature benchmark.

The idea is not a novel one. Cities like Dallas, Houston, Tampa, Minneapolis, Austin, and Asheville all offer free transit on Election Day. “For many people, they are going to work, or perhaps they are going to work and picking up children. Just a lot to do in one day,” said Driscoll. “Making SEPTA free can be a way to eliminate some of the barriers for folks.”

The petition also made reference to a study from Tuft’s Center for Information and Research on Civic Learning and Engagement, which stated that for voters between the ages of 18 and 29, 38 percent of youth of color and 27 percent  white youth said that lack of transportation was an issue with voting in 2016.

However, it’s hard to say to what degree that problem exists in Philadelphia. There are 1,686 polling places across the city of Philadelphia—for many, a trip to the polls is no longer than a short walk. For Lisa Deeley, chair of the Philadelphia City Commissioners, which oversee elections in the city, the petition may not be warranted.

“I appreciate the sentiment, and I appreciate all the interest around the upcoming election, however for Philadelphians, I don’t really think SEPTA is the answer,” Deeley told WHYY. “We’re bound by a consent decree, so most of our polling locations are within a five-block radius.”

And, of course, someone has to foot the bill for such a huge city-wide discount. It’s the reason, Driscoll says, that their petition is addressed to not just SEPTA, but also Mayor Kenney and City Council. “We do figure that somebody will have to pay for it, and you know, could that come from the city? Or could that come from a donation or sponsorship from a company? We didn’t know,” Driscoll said.

SEPTA declined to estimate how much providing free rides all day on Election Day would cost, WHYY reported. However, Rich Burnfield, the Deputy General Manager for SEPTA, said that it costs between $25,000-$30,000 just to offer free transportation on the Broad Street Line after an Eagles game. “Just from one station [NRG Station] for four hours,” says Burnfield.

In any case, even if there will be no transportation offerings from the city, there are still other options. Both Uber and Lyft, the car-pooling service companies, will be offering free and discounted fares to the polls on Nov. 6th. If you prefer to take a more environmentally friendly mode of transportation, Indego, the city’s official bike share program, is also providing free day passes on Nov. 5th and 6th.

“Public transit is a public service. We are looking to hold SEPTA and the city accountable with transit and making it accessible for people,” said Driscoll. “We really hope this opens up a conversation to getting people to the polls this year and other election years as well.”