Don’t want to see a power plant in your backyard or anyone elses for that matter? Tell your elected officials what you think. We’ve got you covered in our guide below: 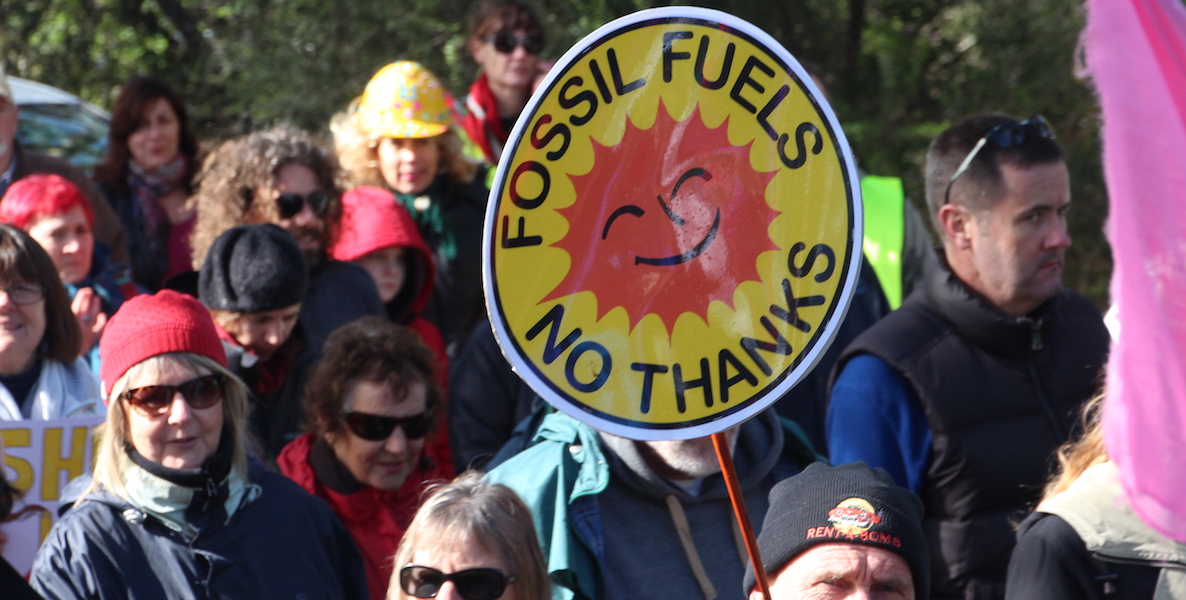 SEPTA is set to open a new natural gas plant in North Philly. How, WURD’s afternoon host wonders, does Mayor Kenney justify that?

SEPTA is set to open a new natural gas plant in North Philly. How, WURD’s afternoon host wonders, does Mayor Kenney justify that?

Mayor Jim Kenney, freshly re-elected, has made all the right moves to paint himself as an ideal “Green Mayor” beyond just Eagles branding alone. He’s announced plans to make the city run on 100-percent carbon-free renewable energy electricity by 2030. And with plans to scale-up on solar, he signed on to legislation allowing city leaders to tap into a 70-megawatt solar facility in Adams County that gets Philadelphia one step closer to a clean energy future. That future, incidentally, gets residents that much closer to breathing cleaner air.

The problem, however, is this: How can Philadelphia realize a clean energy, clean air future when City Hall is allowing SEPTA to build and operate a natural gas power plan that leaks methane? Indeed, not just allowing SEPTA to do it, but actually pushing SEPTA in that direction as it prepares to build a new natural gas plant that makes it energy independent.

You would think that SEPTA—always looking for a way to pitch itself as the greenest of mass transit agencies—would have thought of a way to build a total solar or wind or renewable energy hybrid plant that produces non-carbon electricity. That would have been the really green thing to do. Last anyone checked, there is nothing clean about methane. It’s so bad, Stephen King made a best-selling dystopic terror novel and TV spin-off about the horrors of methane unchecked.

Not only is it combustible, but it’s way, way worse than carbon dioxide—about 84 times way worse, according to the Environmental Defense Fund. And despite that used-car lot fossil fuel companies keep selling us about “natural gas,” there is nothing natural about gas—perhaps one of the most ludicrous hustles of all time. As Vox’s David Roberts wrote this week: “You see, all those arguments for natural gas that seemed so compelling during the Obama years have fallen apart. It’s now clear that if the world is to meet the climate targets it promised in Paris, natural gas, like coal, must be deliberately and rapidly phased out. There’s no time for a bridge. And clean alternatives are ready.”

In essence, the City is (along with its partner mass transit agency) still wedded to pretty old and scientifically debunked arguments about the mythical benefits of natural gas. There are none … other than it’s a cheap grab-on, and it still fills many industry and political pockets in the immediate term.

Yet, the Philadelphia Public Health Department’s Air Management Services division gave SEPTA the green light, ironically, to finish up a near $30 million natural gas plant in Nicetown. That’s the last place, if there ever was a place, in need of just another toxin-spewing vessel to pump oxygen-killing pollutants into the air, especially given Philly’s bad air quality and already high asthma rates.

“No one is really doing anything about it,” said PhillyThrive’s Carol Hemingway. “These are silent killers killing our families.”

Even as residents in surrounding Nicetown, Tioga and Germantown communities raised opposition, led by a vocal “Neighbors Against the Gas Plants” coalition and with alarms raised by Councilwoman Cindy Bass who oversees that district, the city found every way to circumvent public input and outrage. The advocacy wasn’t loud enough: First rounds of permits were issued with no pushback from the Mayor or the rest of City Council.  And the Licenses and Inspections Review Board gave very little notice of a May 30th deadline to receive letters and complaints from concerned citizens.

SEPTA is still hanging on to the outdated argument that natural gas is healthy when, especially at this stage of an impending climate crisis event horizon for the planet in 10 years, nothing that emits a toxin is healthy. Methane is full of nitrogen oxides, particulate matter and carbon monoxide that triggers a dangerous combination of respiratory illnesses like asthma, heart disease, impaired cognitive development and premature births.

That natural gas plant, more than three quarters done, could have been a major Primary Day issue (and thorn) for Kenney—but, it was something neither Bass, her colleagues, or rivals for the Mayor’s seat made any real fuss about. Obviously, Philadelphia voters missed that moment, especially North Philadelphia’s notorious (non)voters (the most impacted by the plant’s emissions) who barely turn out—but, if the issue had been pushed enough and made its way into pop-city conversation, it could have been something to jar residents into action. As Neighbors Against the Gas Plants’ Lynn Robinson, a Germantown resident, points out, the SEPTA gas plant is nothing more than “environmental racism.”

“Nicetown has the city’s second highest childhood asthma hospitalization rate: 31 percent of children are asthmatic,” says Robinson. “Adult asthma grew from 9.3 percent in 2000 to 25 percent in 2015, along with high cancer rates. It’s not an accident that Nicetown is a low income, predominantly African American neighborhood. By convenient design, toxic dumping is usually forced on such populations which often lack resources to fight back.”

Tragically, that’s not a new issue in Philly—and the SEPTA natural gas plant is not

the place that will be added to the city’s messy buffet of air polluting chemicals. Cancer rates continue to skyrocket throughout parts of South and Southwest Philly, near Philadelphia Energy Solutions’ oil refinery. Philly continues being one of the top 10 most populated metro areas with more than 100 days of elevated air pollution, according to the PennEnvironment Research Center.

There’s no immediate plan to build out a totally renewable energy grid that powers Philly, including taking old refinery sites like PES and transforming them into solar or wind energy farms. Activists like PhillyThrive’s Carol Hemingway, a South Philly resident, are baffled by the level of inaction and imagination.

“No one is really doing anything about it,” an irritated Hemingway told Reality Check on WURD this week. “These are silent killers killing our families.”