Home » Politics » Can States Save the Country?

The 2nd Annual Ideas We Should Steal Festival
This year’s lineup includes HBO’s John Oliver, MSNBC’s Ali Velshi The Beat D.C.'s Tiffany Cross and more. Join us at the Comcast Technology Center and be part of the solution.
Ideas We Should Steal: Reducing Poverty—Together
In Canada, communities lifted more than 200,000 families out of poverty in seven years. Why don’t we do what they did?
Ideas We Should Steal Festival 2019: Participatory Budgeting
Around the world, city officials gives residents money from their budgets to spend as they see fit. Check out this story from 2017 and find out more at our 2nd Annual Ideas We Should Steal Festival
The (New) Sound of Philly
Students at Hill-Freedman World Academy have created an album that showcases the power of music to unite, with cameos from Chill Moody and...Bill Hite?
Growing the Pie, Not Cutting the Pieces
Drexel’s Metro Finance Lab Director Bruce Katz on growing inclusive wealth in city neighborhoods

Just yesterday, the PA Attorney General announced charges against State Rep Movita Johnson-Harrell, the 60th public official he’s arrested since 2017. See him in action (and get yet another glimpse of the appalling corruption in Harrisburg). 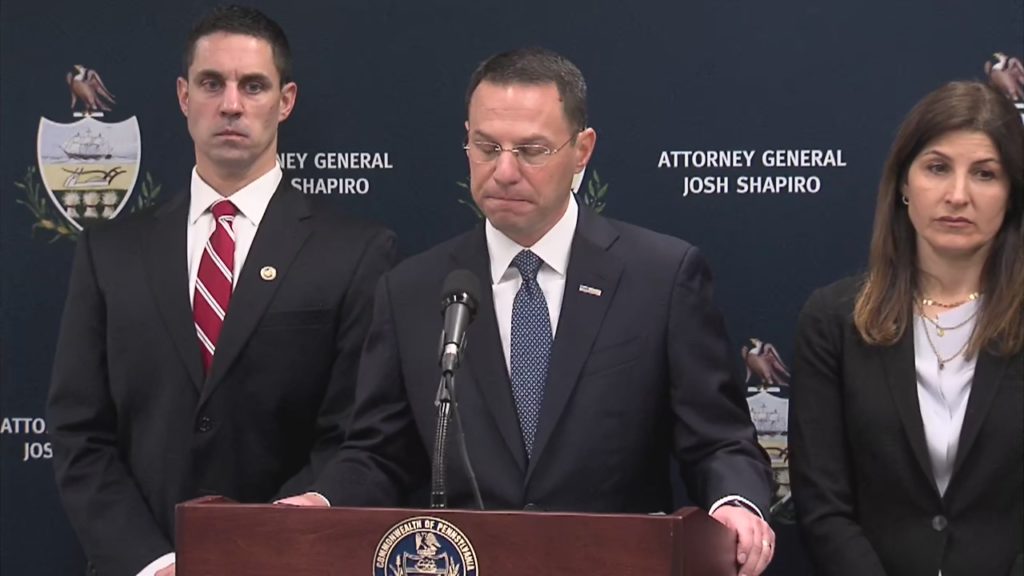 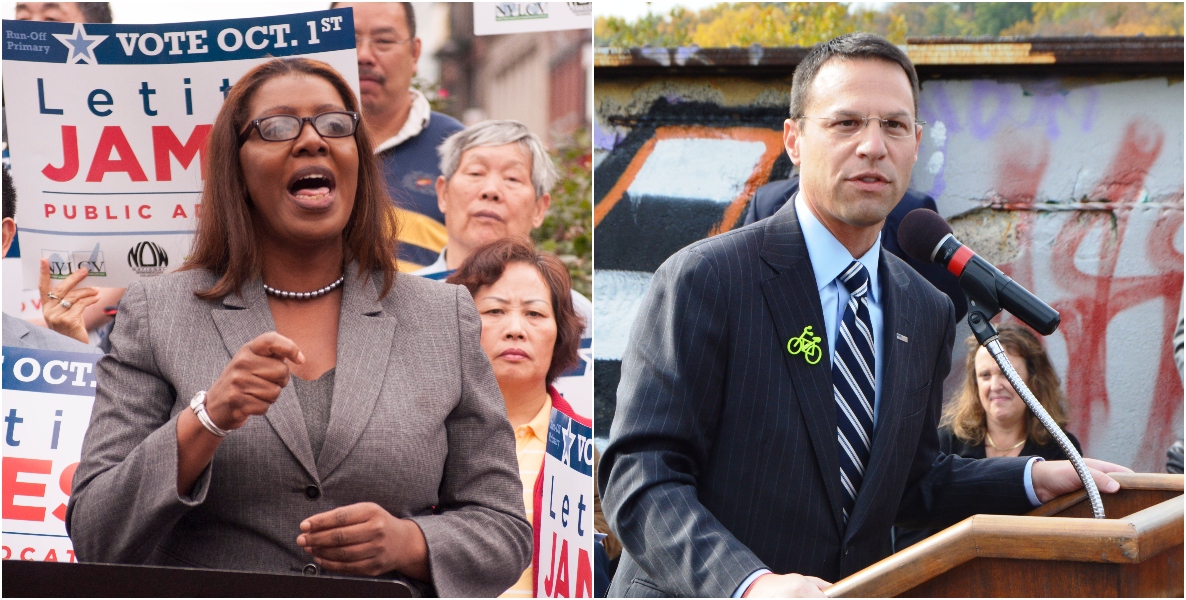 Can States Save the Country?

The attorneys general of PA and NY will talk about fairness, justice and the rule of law at the second annual Ideas We Should Steal Festival next Tuesday

Can States Save the Country?

The attorneys general of PA and NY will talk about fairness, justice and the rule of law at the second annual Ideas We Should Steal Festival next Tuesday

It’s been a busy year for Pennsylvania and New York Attorneys General Josh Shapiro and Letitia James, to say the least.

Both Democrats, they kicked off the year by leading the charge to oppose the weakening of employee protections. “The National Labor Relations Board is entrusted with protecting workers, not putting them in harm’s way,” said James back in January. “These proposed rules would limit legal protections for workers, compromise collective bargaining, and allow companies to potentially evade justice for labor violations. We must be doing all we can to protect workers’ rights, not deny them […].”

In March, they filed a suit against President Trump’s Title X gag rule. “Pennsylvania is joining this suit to stop an unacceptable attempt by the Trump Administration to get between women and their doctors,” said Shapiro at the time of the filing. “Women deserve and depend on Title X clinics for essential healthcare services like contraception, preventive care and cancer screenings, and they are entitled to accurate information about their reproductive choices. I denounced this move by HHS when it was announced two weeks ago, and today we are taking action to prevent the federal government from jeopardizing the healthcare of Pennsylvania women.”

They supported overtime rights for workers and transgender rights, and took aim at deceptive marketing practices.

All of this, on top of their individual headline-making efforts: Shapiro’s

staggering investigation into the Catholic church, as well as his arrest of 60 allegedly corrupt Pennsylvania politicians; James’s suit against electronic cigarette company JUUL Labs and ongoing NRA investigation, which triggered the Twitter-ire of Trump and led James’s office to Tweet back: “Attorney General Letitia James is focused on enforcing the rule of law. In any case we pursue, we will follow the facts wherever they may lead. We wish the President would share our respect for the law.”

Related from The Philadelphia Citizen:
Taking on recidivism
AG Josh Shapiro is determined to make it easier for returning citizens to adjust to life after prison. Just don’t call him soft on crime.

She served on New York City Council, was head of the Brooklyn Regional Office of the New York Attorney General’s Office, and spent many years as a lawyer in the New York State Legislature. She began her career as a public defender at the Legal Aid Society, working to protect vulnerable communities and tackle corruption.

Shapiro, who lives in Abington, was, early in his career, the youngest chief of staff on Capitol Hill. He was sworn in as the state’s 50th AG in 2017 and, since then, he’s rebuilt the office and prioritized work that helps keep Pennsylvanians safe—addressing the opioid crisis, protecting access to contraceptive care, empowering survivors of sexual abuse and cracking down on unregistered guns and straw purchases. He has been among the AGs to redefine the idea of “states’ rights” in relation to Trump’s federal government, flipping on its head the idea known for the fight for slavery and Jim Crow and turning it into a battle in favor of civil rights and liberties.

Both James and Shapiro represent a powerful facet of the bizarro political climate we’re in, with AGs stepping in, state by state, to be the gatekeepers preserving fairness, justice and the rule of law—a topic James and Shapiro will explore at Tuesday’s second annual Ideas We Should Steal Festival.