Who's speaking at the festival 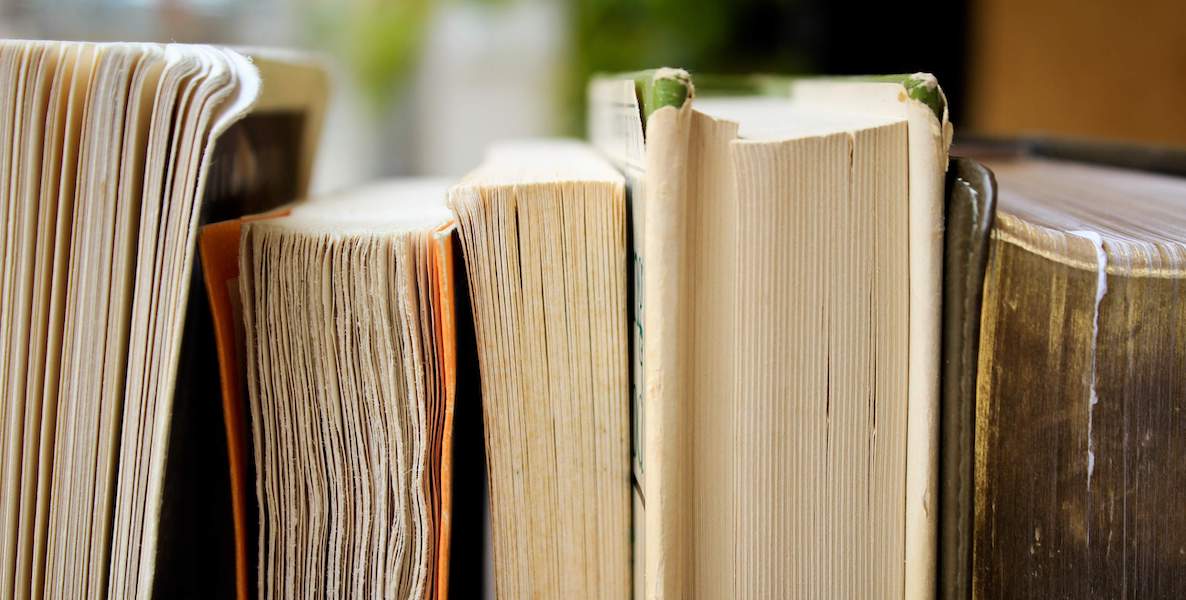 The Ultimate 2020 Ideas We Should Steal Festival Reading List

Want to hear more from our Festival speakers? Check out their books.

The Ultimate 2020 Ideas We Should Steal Festival Reading List

Want to hear more from our Festival speakers? Check out their books.

Want to hear more solutions from Michael Eric Dyson, Wes Moore, Arne Duncan, Cheryl Dorsey and other speakers from this year’s Ideas We Should Festival?

You’re in luck: Several have written books—and most of them are available at Philly’s Head House Books, the Festival’s official bookstore partner.

Here’s a curated list of their books to get you started.

Bonus: Throughout the entire month of December, Head House Books will donate 20 percent of sales—of these and any other books—to The Citizen if you mention “The Philadelphia Citizen” in the comments section at checkout.

Art for Obama: Designing Manifest Hope and the Campaign for Change Belonging and Becoming: The Power of Social Emotional Learning in High Schools

By Barbara Cervone and Kathleen Cushman (2015) The journalist and researcher who wrote this fascinating book about the life-changing benefits of social and emotional learning for students cite IWSS panelist Liz Dozier (pictured) and her work, social-emotional leadership, innovation and creativity inside a Chicago school. (Worth noting, too, is that Dozier’s school and work is also highlighted in the 2012 New York Times best-seller How Children Succeed: Grit, Curiosity and the Hidden Power of Character by Paul Tough.)

Black and Blue: The Creation of a Social Advocate (Volume II) Dorsey, a retired sergeant of the Los Angeles Police Department, knows exactly what sort of brokenness and abuse of power exists inside the American policing system: She’s seen it firsthand over a 20-year career in law enforcement. In Black and Blue: The Creation of a Social Advocate, Dorsey—now a vocal advocate for police reform — shares her story, her hard-won understanding of the system as it currently exists, and ideas for transformation. The brains behind the NY-based nonprofit RIP Medical Debt — including Jerry Ashton (pictured), a featured panelist at this year’s IWSS Festival—wrote this astounding account of the personal and social impact of America’s $1 trillion medical-debt crisis, delving thoughtfully into what got us here, what can eventually get us out, and how to deal with the crushing debt in the meantime.

Five Days: The Fiery Reckoning of an American City 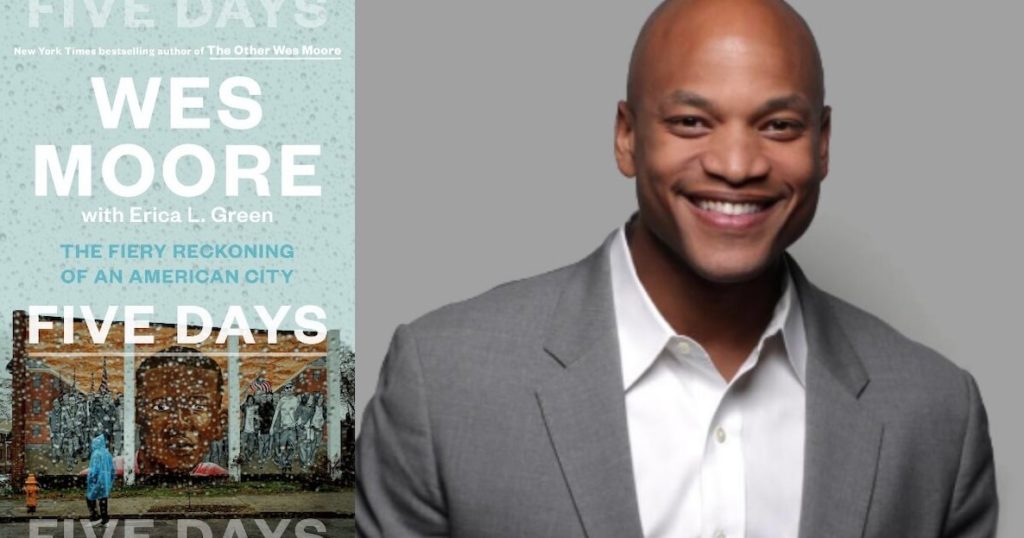 For his latest book, a powerful account of the tumultuous five days in Baltimore after the 2015 death of Freddie Gray. Moore worked with journalist Green to weave together a series of narratives, and to examine the deeper causes of violence, as well as the small bits of hope found amidst the tragedy.

The Gardens of Democracy: A New American Story of Citizenship, the Economy, and the Role of Government In their popular book, Eric Liu—co-founder and CEO of Citizen University and director of the Aspen Institute’s Citizenship & American Identity Program—and Nick Hanauer (pictured)—entrepreneur, venture capitalist, activist, and one of our IWSS Festival speakers — argue that our most basic assumptions about democracy need updating for the 21st century, and offer a hopeful way forward in a divided America. 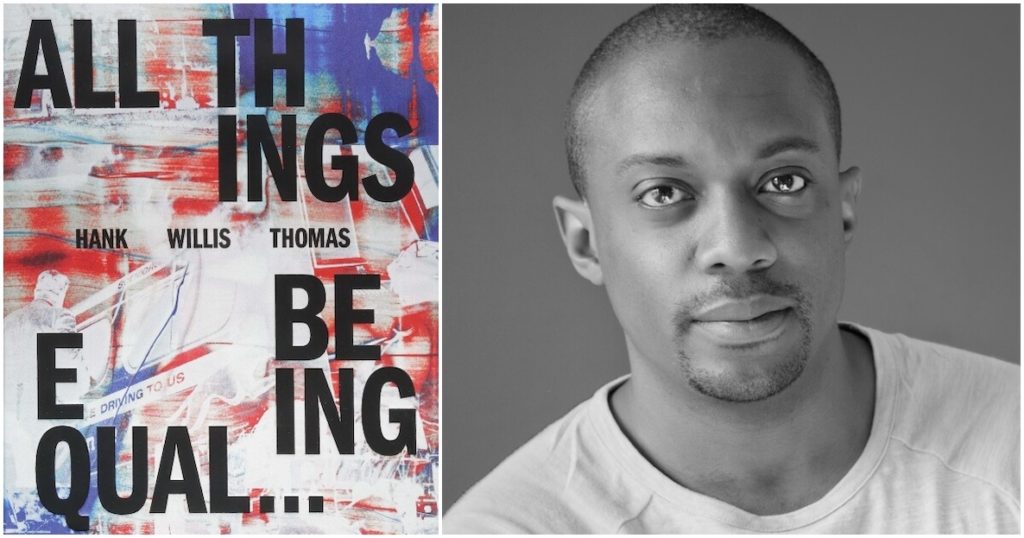 Thomas, the famed contemporary conceptual artist (and one of our IWSS panelists this year), boasts a lifetime of powerful work: This book is a survey of his career, which focuses especially on race, gender and cultural identity, featuring not just his work, but also essays from curators, an art historian and a revealing interview with the artist. In this much-vaunted book, Duncan, the former Secretary of Education under President Obama (and a panelist in our IWSS Festival), pulls from almost three decades of experience in American education to diagnose the failings of the way we do school in this country … and identifies what really does work. “A book every American must read,” according to the Washington BookReview.

How To Speak Money

By Ali Velshi and Christine Romans (2011) Host of MSNBC’s Velshi, Ali Velshi is an award-winning journalist whose accolades include a National Headliner Award, three News and Documentary Emmy Award Nominations, and several books, including this popular guide. Velshi is a Citizen board member and an interviewer at this year’s IWSS Festival. In his latest book (which hits shelves in December; pre-order here), the prolific and profound author and public intellectual writes about the hope for a country’s redemption after its long, defining history of anti-Blackness and systemic racism. With Long Time Coming, Dyson — a panelist in this year’s IWSS Festival—has created work that Ibram X. Kendi calls “powerfully illuminating, heart-wrenching, and enlightening.”

The New Localism: How Cities Can Thrive in the Age of Populism In The New Localism, Katz, an IWSS panelist and urbanist thought leader, and the late Jeremy Nowak, founding Chairman of the Philadelphia Citizen, explore the new power found in local sector—states and cities and metropolitan communities, as well as public, private and civic actors — and what this means for growth, prosperity and inclusivity in society. A beautiful compendium and study of two decades of work from Shepard Fairey, the famed street artist, pop-culture icon and activist who is also one of this year’s IWSS Festival panelists.

The Other Wes Moore: One Name, Two Fates Moore, CEO of the Robin Hood Foundation, New York Times best-selling author and IWSS panelist in this year’s festival, wrote this unforgettable memoir that explores what’s involved in overcoming harsh, negative environments in which so many urban kids grow up via the story of two men (one of whom is Moore) who grew up in the same city, at the same time, with the same name and in similar circumstances … only to have incredibly different lives. 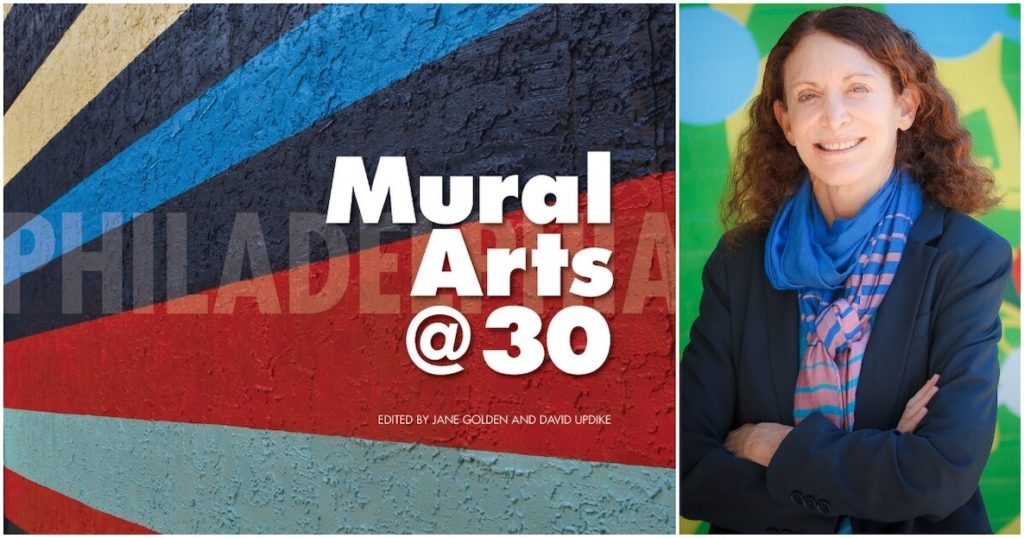 In the third compendium of Mural Arts projects that exist throughout the city, Golden—Mural Arts founder and an esteemed interviewer in this year’s IWSS Festival—doesn’t just showcase Mural Arts’s work, artists and stories, but also features a series of essays by policy makers, curators, scholars, and educators about their involvement with and perspectives on the importance of this type of art-making in out world.

Strangers in Their Own Land: Anger and Mourning on the American Right A book Ali Velshi, an IWSS Festival interviewer, says every person in America should read, this New York Times bestseller examines the forces and feelings that led to the Tea Party as well as the election of Donald Trump in 2016.

Tears We Cannot Stop: A Sermon to White America Another of Dyson’s more recent titles (see his collection here) and a book the New York Times Book Review called “one of the most frank and searing discussions on race … a deeply serious, urgent book, which should take its place in the tradition of Baldwin’s The Fire Next Time and King’s Why We Can’t Wait.”