Home » Elections » Guest Commentary: Who Will Be Our Next Leader?

Turn your anger into action

As Mr. Rogers said at times of disaster, “there are still so many helpers—so many caring people in this world.”

Here, 16 ways to help fight the effects of white supremacism in Philadelphia.

Who has denounced Pres. Trump for his weak response to Charlottesville?

Here’s a roundup of how of our electeds have responded to Trump’s comments making Nazis and their opponents moral equivalents.

Reach out if you want to hear more from them. 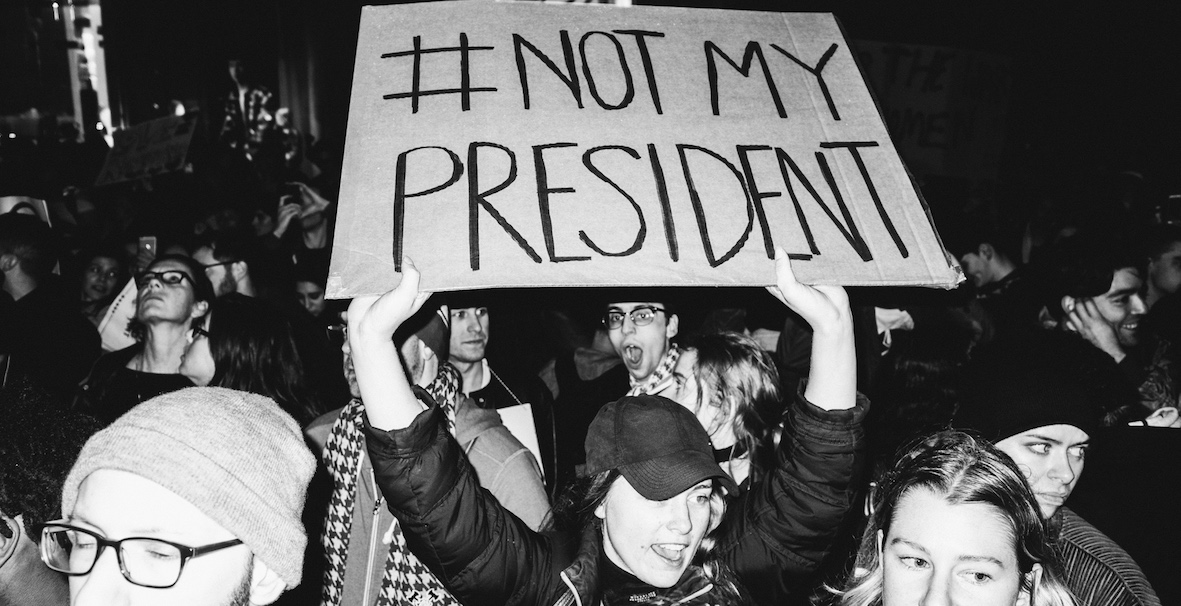 Guest Commentary: Who Will Be Our Next Leader?

The Republican party has a generational opportunity…but it needs to reject racism, the Alt-Right and Donald Trump

Guest Commentary: Who Will Be Our Next Leader?

The Republican party has a generational opportunity…but it needs to reject racism, the Alt-Right and Donald Trump

A few days after election night last November, I wrote an open letter to Donald Trump. Like the then-President-elect, I wrote, I’m a born and bred New Yorker; I too attended the Wharton School of Business; and I also have had business successes and failures, albeit on a much, much smaller scale. Prior to my entrepreneurial career, I worked on Capitol Hill—giving me, a relative neophyte, more political experience than our new president.

My point was to challenge him: He’d have to decide quickly, I argued, which side to take in the inevitable progress towards a bias-free society. The Alt-Right, I predicted, would force him to make a decision.

They have, and he did.

He is with them.

The rules for white men in America have always been different than for men of color. White men can commit the same offenses and suffer lesser judgements and punishments. Imagine, if you will, if Barack Obama had boasted about assaulting women when he was running for President. He would have ended up in the big house, not the White House.

Make no mistake, the reason the racists are so angry and fearful is because they are losing power and control. They are no longer in charge just because they are white men. “You will not replace us” is an expression of fear, not strength.

Mr. Trump is a racist. There should no longer be any debate. His clown like hair could be switched for a white hood and it would fit his bigoted head perfectly. In 1927, his father was arrested at a Ku Klux Klan rally. Trump settled multiple housing racial discrimination lawsuits to avoid public losses in court. His cabinet is a sea of white men. Anyone who debates his bigotry is lying because the impact of this truth is too problematic.

Institutional racism only exists because racists run the institutions. A racist is running the most powerful institution in the world. Those that are sticking by the President are either racists themselves or cowards drunk with power.

This is a defining moment for our nation and for the Republican Party. Although I am a registered Democrat, I am switching my registration to Independent. The Democratic Party was hijacked in the last election by a corrupt candidate, and it abdicated the moral high ground it used to hold for me. I have voted for Republicans before, and I am no longer certain which party has the right prescription for our nation’s future.

is that party’s support of policies that negatively impact women and people of color, from abortion and voting rights to college admissions and police brutality. Whether those positions stem from honest and strict interpretations of the Constitution or a desire to secure power and opportunities for white men, the outcomes are undeniable. With the Republicans completely in charge, life will be worse for women and people of color.

You can imagine the discussions the Republican leaders are having now. Their struggle is this: If they repudiate the bigoted leader of their party, they acknowledge that they supported a candidate unfit for the Presidency. What would happen next? If they throw him out of the party, they will lose the Alt-Right voters and risk losing control of federal and state governments and the judiciary. The domination they have thirsted for since the Reagan Revolution is here, and they may have to choose between might and right, between power and justice.

But what happens if the Senate and House leaders walk away from Mr. Trump? What happens if they support none of his legislative proposals and his appointments and render him powerless? What happens if they force the Republican Party to choose between him and them? Either kick Trump out, or you leave the Party. You can’t have it both ways any longer. Imagine if Paul Ryan said, “This party is not my party. Choose him, or choose me.”

The recent statements from the majority leaders are all about white supremacists and neo-Nazis, repudiating racism and hate. Which House or Senate leader is willing to make a statement repudiating Trump? Which Republican leader will say, “He is not my President”, as so many Americans said about President Obama?

Trump is obsessed with catering to his base, but I believe that if the Republican Party stands up and risks losing the far right base, they will guarantee the party’s control of the nation for years to come. They will have moved to the center on an issue where the party has been in the wrong place for many years.

This is an opportunity for our nation. Technology is accelerating the pace of

change in our society and illuminating undeniable truths about bias through live video feeds every day.

Institutional racism only exists because racists run the institutions. We will either advance in our inevitable progress, or we will temporarily “go back” to the way it was.

A racist is running the most powerful institution in the world. Those that are sticking by the President are either racists themselves or cowards drunk with power. Which leader is willing to risk it all in the name of righteousness? That person will be our nation’s next leader, whatever his or her current elected position. I am waiting to follow, as are millions of others.