Get informed. Get Involved. Get Engaged.

Want to avoid being one of Gladys Pyle’s “idiots” and get involved in your city?  We’ve got you covered.  Visit our Do Something page for all kinds of ideas for how you can make a difference in civic issues. You can also click the link below to let our Social Action Team help you get involved, stay engaged and make a difference. 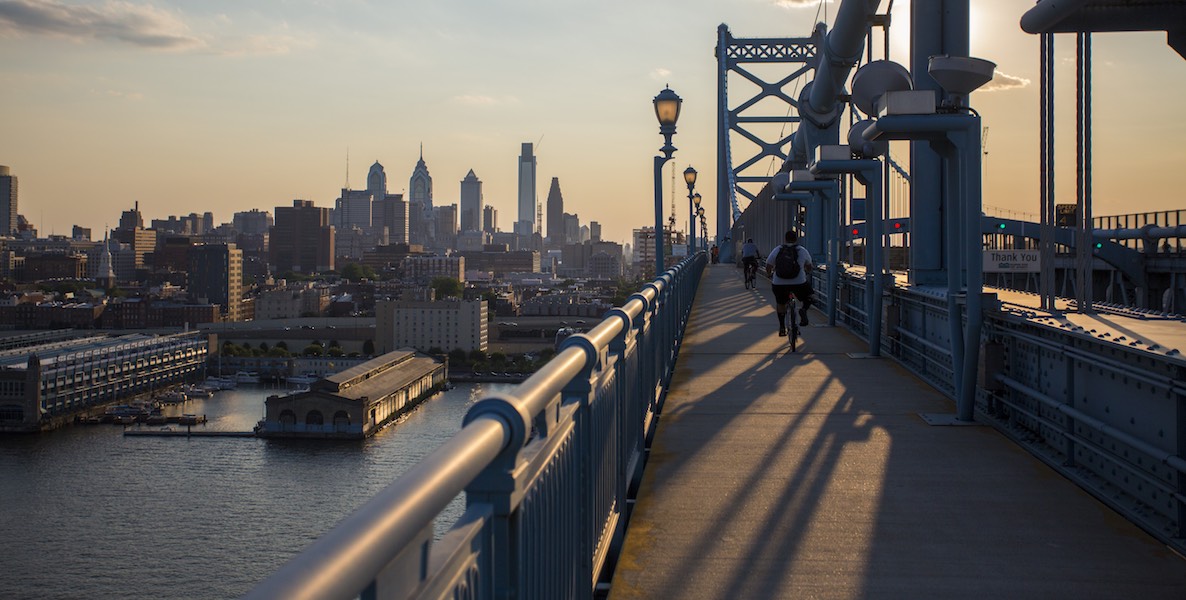 The election campaign, and its coverage, underscores the need for something different … you!

The most important political office is that of the private citizen.

Those of us in cities, where the prevailing ethos really is that we’re all stronger together, where we celebrate that the genius of America, for all our fits and starts, has been that the arc of history always bends toward more inclusion, those of us who see the world that way were … aghast after Donald Trump’s stunning electoral upset. We weren’t stunned because a Republican won—my favored candidate during the primary season was John Kasich, a Republican—but that the winner was someone whose campaign rhetoric set a new low for incivility and whose worldview seemed to fly counter to our Communitarian principles.

So, in the days after Trump’s upset, the question in our cities was a simple one: Yes, we were stunned, but would we be stunned into submission? Well, we’ve gotten our answer. In the weeks since, we’ve sensed a doubling down on the values that have long informed the grand experiment that is the American city, this notion that different groups can live side by side in tight spaces, each contributing to the common good.

In conversation after conversation, I’ve been buoyed by the expressions I’ve heard of a recommitment to local action. As one member of The Citizen community put it, “I may not be able to affect a national election, but I can clean my street.”

Since we debuted in the fall of 2015, we’ve stood for the proposition that citizenship is not a spectator sport. The experiment of this website, as well as our events and our frequent calls to civic action, is to engage in an ongoing exercise that is quite literally as old as our history itself, one given new energy now by the latest election results. Our role is to host a conversation about just what it means to be a citizen of this beguiling, breathtaking, maddening city. And about what Philadelphia needs to take that ambitious leap from good to great.

A message from The Citizen

It needs you. It needs your voice, forcibly bellowed, and your effort, and your time. It needs you at community meetings, it needs you at the polls, it needs you offering an outstretched hand to your neighbor, and it needs you speaking truth to power. Because that’s how change happens. “Each time a man stands up for an ideal, or acts to improve the lot of others, or strikes out against injustice,” Bobby Kennedy said in South Africa in 1966, challenging an entrenched, racist system, “he sends forth a tiny ripple of hope, and those ripples build a current which can sweep down the mightiest walls of oppression and resistance.”

Well, Philly needs your ripple. Just consider that only 25.5 percent of registered voters bothered to vote in our last Mayoral election, and that only 8 percent of Philadelphians describe themselves as active in their neighborhoods, putting us 31st of the top 50 cities.

And yet: 60 percent of city residents describe Philadelphia as a “great place to live.”

What do these statistics mean? That all the great stuff happening in Philadelphia—the restaurant scene, the influx of millennials and immigrants, the vibrant arts community—has happened despite having one hand tied behind our back. That local democracy is broken, in the city where it was born. That the principles first penned 240 years ago in a basement room at 7th and Market, identifying our most fundamental rights to life, liberty and the pursuit of happiness, while self-evident, are not self-renewing.

The Citizen’s role is to host a conversation about just what it means to be a citizen of this beguiling, breathtaking, maddening city. And about what Philadelphia needs to take that ambitious leap from good to great.

Philadelphia doesn’t just need another news organization. It needs a movement of citizens who refuse to outsource leadership to a political class long characterized by an insidious transactional culture. Here, you can read about solutions and the disruptors among us who are committed to thinking differently. But, critically, you can also add your voice to the mix. Hit our Do Something halo (like the one to the right) and let our Social Action Team advise you on how to help write the story of your city. Or check out our guides to learn what you can do on a daily basis to make Philadelphia better. Or attend one of our public discussions, where you won’t be talked at so much as given a space to let your voice fly. We want to be the Wawa of civic engagement—a one-stop shop that makes it easier for you to speak out and catalyze change.

As a journalist, I’ve spent most of my professional life passively sending information out into the atmosphere, without regard to where or how it landed. Well, our history tells us that this citizenship thing? It’s anything but passive. So, welcome to The Philadelphia Citizen, a community of active and activist citizens—millennials, Gen Xers, and seasoned, impatient Philadelphians—who count among our patron saints Sen. Gladys Pyle. Never heard of her? Neither had I, until recently. But she was a badass, through and through. The first woman elected to the United States Senate in 1938, the rare woman of her time who never married. She was outspoken and unafraid—two qualities every citizen should aspire to. We came across ol’ Gladys when we found her answer to a question about what citizenship meant to her:

“The Greek word for idiot, literally translated, means one who does not participate in politics,” she once said. “That sums up my conviction on the subject.”

So a bunch of us have made a conscious decision to not be idiots. Won’t you join us?