Breathe for a moment. Are you feeling panicked? Abort mission and try again later.

Feeling somewhat clear-headed? Reassess your long and short-terms needs and start to put together a plan.

For more guidance and tips read Suffering Through Your First Financial Crisis? Read This to Relax from the New York Times.

On how the markets work

Tips from a personal finance expert

Watch this interview for ways to navigate the financial impact of the pandemic. 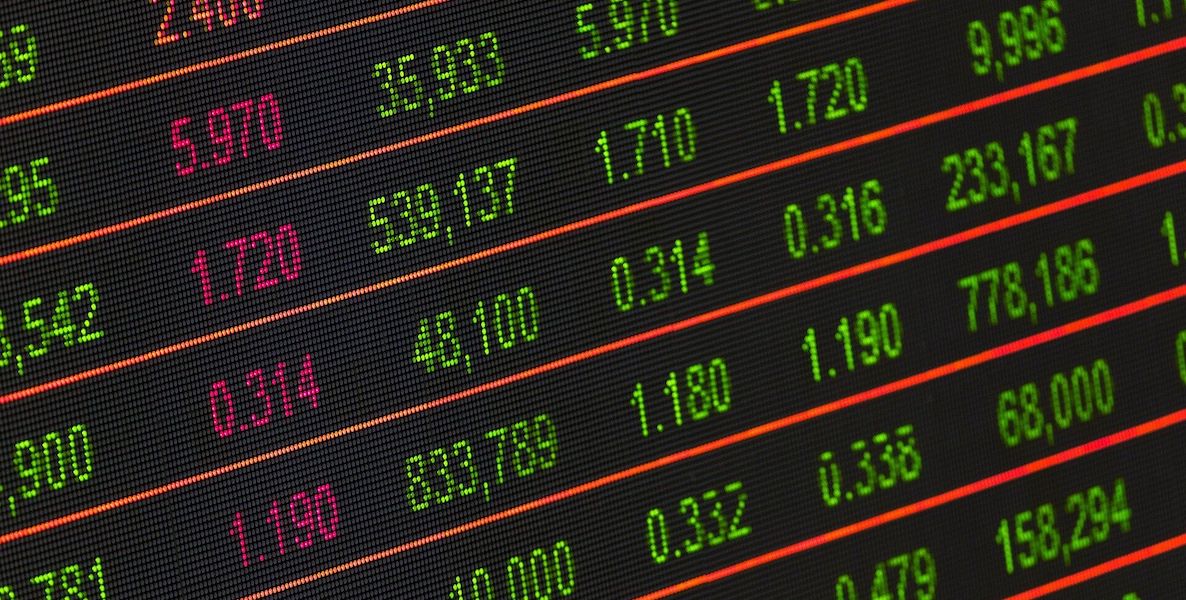 The chorus of doom is enough to make you want to withdraw every penny to your name and take a nap until September. As the pervasive fear and uncertainty around the coronavirus has extended to personal finance, everyone has questions about what a looming recession will mean on an individual level.

To be clear, neither are financial advisors—and no one has a crystal ball—but both have devoted their professional lives to understanding what market trends mean for you now, and in the long run.

Jessica Press: Before we dive into specifics, can you share any overarching words of reassurance during these uncertain times?

Jessica Wachter, PhD: I think what people should keep in mind is that during times like this, it’s hard to remember all the good times with the stock market.

And that creates sort of a distorted perception. When it feels like the world is falling apart, the last thing you want to do is be holding something risky, and be reminded of how risky stocks are. But the thing about the stock market is that it’s meant to be forward-looking. Now, nothing’s for certain, but one thing that seems likely is that long before the actual headlines improve, we can expect the stock market to improve.

We’re still seeing, day after day, this bad news coming out, and it keeps getting worse than we thought; eventually, it’s going to be better than we thought. Sometimes people say I’m going to get out now and I’m going to wait until things feel safer, including the stock market. Well, traditionally when people take that attitude, they’ve been too late getting back in.

JP: Recognizing that rates are falling and the market is changing so dramatically, is now a smart time for homeowners to consider refinancing?

Studies have shown that individuals really extrapolate when it comes to the market, and that’s actually a big mistake. Because the market doesn’t obey any kind of extrapolations.

Benjamin J. Keys, PhD: Now is a good time to look into refinancing options. Mortgage rates remain near all-time lows, with 30-year rates for “non-jumbo” loans (loans less than $510,000) around 3.3 percent and considerably lower rates for borrowers who take out 15-year loans. However, many other homeowners are looking into refinancing at the moment, and that is slowing down the refinancing pipeline, leading some brokers and lenders to raise fees, and for mortgage rates to stay higher than one might expect given the Fed’s recent actions.

The big question is whether rates will fall further. So far, rates in the “jumbo” market (loans above $510,000) have not fallen as far as the “non-jumbo” segment of the market supported by Fannie Mae and Freddie Mac. If the purchase market collapses, then the mortgage pipeline may dry up considerably and rates could potentially fall further. The Fed’s willingness to buy mortgage-backed securities may also put further downward pressure on rates.

JP: Along those lines, and it feels somewhat gauche to even ask this question, but is now a good time to buy real estate?

BJK: Honestly, I don’t think most people should be out of their houses shopping

for homes. And with most people staying home, the spread of this virus will prevent the usual spring shopping season from taking place. I expect a sharp decline in home transactions, which will put pressure on those sellers who need to sell right away to lower prices, and will cut the incomes of those dependent on a high volume of sales, like real estate agents.

JP: And how about stocks: Is now a good time to buy into the stock market?

BJK: Stock prices are already down 30 percent from their peak, but I remain concerned that main sectors will suffer further as more communities move to “shelter in place” guidelines (as recently announced in San Francisco). Given that the economy is unlikely to improve, and the Executive Branch response has been disappointing to say the least, I expect markets to continue to adjust downward in coming months.

Related from The Philadelphia Citizen:
Philly Biotech Is On It
Will Center City’s Biomeme, and other local medical research facilities, be part of the national solution to the coronavirus?

JP: What lessons can the financial crisis of 2008/2009 teach us, us a country, as we head into another recession?

BJK: There are clear parallels. While the causes of the downturn are quite different, I believe the policy solutions are largely the same: On monetary policy, the Fed has a limited set of tools to lower rates and buy certain assets; on fiscal policy, Congress can offer loans, bailouts, and mail checks to households to support their incomes while many workers are unable to work from home.

This is a monster demand shock that requires immediate and aggressive efforts on both fronts. The Fed could expand the set of assets they buy, and Congress can send every individual $1,000 a month until the virus has passed.

Importantly, one key lesson from the Great Recession was that the stimulus wasn’t nearly large enough to halt the massive demand shock. Policymakers need to communicate that any early efforts to keep the economy afloat are merely the start of their response, and be proactive about revisiting the size and scope of fiscal stimulus as this catastrophe plays out. As in 2008/2009, there is a tremendous amount of uncertainty about how severe this economic downturn will be, and the government needs the flexibility to respond in multiple waves if their early response is insufficiently large.

JP: During the last financial crisis, there was a question about moving money-market mutual funds to savings. Should people be thinking about doing that now?

JW: It depends if you’re talking about somebody who’s worried about their wealth versus their day-to-day finances. I’m not entirely sure that now is the time to get out of these risky securities. Now that there’s [all this] bad news, if they’re regretting it, that’s normal. But the thing to keep in mind is that, going forward, it could be good or it could be bad. And you really have to think about how you’re going to feel if it seems like you sold at the bottom. That’s what many many people did with the last financial crisis.

That said, it’s a different situation if you need to have money to pay your bills. And that sort of goes person-to-person. The stock market is still pretty liquid. So I think if your worry is liquidity, that’s not really, at the moment, a stock market issue.

I would offer this general advice: Making decisions out of panic doesn’t usually work very well.

JP: People who are approaching retirement are concerned about their 401ks, just as parents of college-bound students are worried about their 529s. In either case, should they be taking action, or sitting tight?

I think it’s good to have a plan—obviously it would’ve been good to have a plan before this, and for many people maybe this is the first time they’re realizing that. But ideally what you want to do is have a plan, when you’re not panicked, for if the stock market does X or Y, and then execute on that plan if that happens. Maybe your plan is to sell a little bit, to kind of deal with that panic, but ideally you’d plan that out ahead of time. And if panicking is something you know you’ll do, then maybe hold less in stocks.

Because the fact is if you’re unwilling to hold stocks over these periods, you’re going to give up on a lot of the gains that stocks offer. If at some point you thought that this [investment in stocks] was a good decision, it’s not clear that you should change that now just because things have been scary. Studies have shown that individuals really extrapolate when it comes to the market, and that’s actually a big mistake. Because the market doesn’t obey any kind of extrapolations.

Strictly speaking, recessions sometimes have a big effect on the market, but often the market actually comes back because the market sort of overweights the recession. There’s some evidence of that. And recessions in the U.S. have not been very long compared to the long future that the stock market tends to [hold]. So sometimes the stock market falls perhaps more than it should, and then it tends to come back. That’s typically been the pattern over the last 60 years.

JP: With so many of us homebound indefinitely, what armchair reading would you recommend for people who want further insight into how markets behave during times of uncertainty, like epidemics?

JW: Stocks for the Long Run by my Wharton colleague Jeremy J. Siegel and Burton G. Malkiel’s A Random Walk Down Wall Street are timeless classics. Nothing’s happened since they were written to overturn the wisdom in those books. And just to throw out a little bit of a red herring book, I like Fooled By Randomness, by Nassim Nicholas Taleb, which talks about the mistakes people make when they’re confronted by randomness.

Interviews have been edited and condensed; Keys’ insight shared via email.