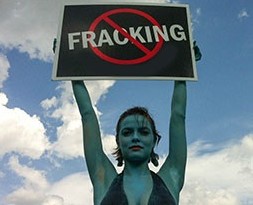 Citizen of the Week: Liz Arnold

Citizen of the Week: Liz Arnold

Last May, during a deadly dull gubernatorial primary debate, one of the few moments of high drama and actual substance came when 30-year-old activist Liz Arnold commandeered the stage at Drexel University. While candidate Allyson Schwartz was formulating a talking points-inspired response to a question from moderator Larry Kane, Arnold calmly walked onstage and positioned herself between the candidates and Kane. “You have all failed the leadership test,” she scolded. “We want to know why they’re not answering Pennsylvanian’s questions about fracking. This is a list of 1,700 families who have been harmed by fracking. Why won’t you good candidates answer these important questions?”

Strangely, security didn’t immediately storm the stage. “I only had a couple of lines prepared, so I had to wing it,” Arnold recalls. Larry Kane stuttered, “Excuse me, excuse me” while Arnold went on: “We can’t fund our schools on a boom or bust industry…We’re poisoning our state and ruining our chance for a strong economic future.” Now that Governor Andrew Cuomo has banned fracking in New York State, we caught up with Arnold to discuss the future of fracking in this state and to see if she’s planning any other unscripted surprises.

Q: During the gubernatorial campaign, fracking was usually talked about only in the context of taxing drillers. Is that what led you to take over that stage?

A: The gubernatorial candidates were saying absolutely nothing of substance during the Drexel debate in May and hadn’t in the six months prior either. I know because I attended every public forum and debate that was held in Philadelphia during that time. Politicians do a lot of talking, but they aren’t hearing the people of PA, so I took the stage. Eight years of this fracking disaster and no one wants to talk about it. We’re not going to allow our representatives to continue to ignore us while spouting gas industry talking points. They are pushing the gas industry by selling a tax on drillers as salvation for our schools. But drilling shale is a boom or bust industry. Wolf hasn’t been sworn in yet and the industry is already under incredible economic stress due to low oil prices. Our schools need stable funding every year, not just the years that we are willing to sacrifice our health and families in rural PA for temporary profit.

Q: The New York State health commissioner, in announcing the ban there, said he wouldn’t want his family living near a drill site. That’s a powerful message. Do you see it influencing the debate in Pennsylvania, where Tom Wolf has already said he doesn’t favor a moratorium or ban?

A: We know fracking is harmful to humans and the environment. That is why we have moratoriums in the Delaware River Basin and Bucks County, and why Pittsburgh has banned it.  So why is Wolf telling the rest of Pennsylvania that their health, property value, and quality of life are not worth protecting? Wolf plans to sacrifice most of PA to dangerous gas drilling that enriches a few while the state as a whole loses out. Tens of thousands are already known to be harmed by fracking. Just this week Lancaster residents shut down test drilling for a proposed pipeline. Fracking is ruining water supplies, farmland, stressing transit infrastructure and natural ecosystems, decreasing property values, and hurting real estate and tourism in some parts of PA. Drillers do not leave PA sufficient funds to maintain wells, which will only add to the hundreds of thousands of orphaned and abandoned wells we already can’t afford to deal with in PA.

Q: Anyone who saw “Gasland” has to have real concerns about fracking. But is banning fracking the answer, as opposed to real regulation and oversight?

A:  Fracking is an unsafe technology that, combined with human error, means that no amount of regulation or oversight will protect our water, land, and health. No town, county, state, or country has fracked safely.  According to the gas industry’s own data, an incredibly high percentage of wells fail immediately and more than half of wells fail within 30 years. They haven’t figured out how to frack safely and we should not allow them to damage the resources we depend on for life: water, air and our health. The PA Auditor General, Eugene DePasquale, issued a public report stating the DEP doesn’t have the capacity to oversee drilling in PA. Wolf says he’s a good business person, but no one would sell anything when the price has been reduced by 90%. That’s where gas is now.  It makes no sense not to leave it in the ground.

Q: What’s your next move? You planning on welcoming Tom Wolf to Harrisburg?

A: Hundreds of people from all over Pennsylvania will come to Harrisburg on inauguration day. Pennsylvanians Against Fracking is organizing a march from Grace Street Methodist Church in Harrisburg to the inauguration site at the Capitol on Tuesday, January 20th at 10am to let Wolf know we want a truly ‘Fresh Start’ for PA, which means no new fracking. People around the state are starting new community groups every week. Two–thirds of the Democratic party in PA supports a statewide moratorium on fracking. A statewide moratorium is the official platform on the PA State Democratic Party.

Q: Finally, what’s your story? How’d you come to be someone who speaks her truth to power?

A: I’ve always had a strong aversion to injustice. If no one else will speak up, I feel compelled to. My family is from Appalachia. I stood in the middle of a mountain in northeast Tennessee that had been blown apart for coal, and at that moment I realized if we don’t fight our world will be destroyed. I don’t believe in “sacrifice zones” and I won’t let a handful of individuals destroy something that can never be recovered. I speak up because powerlessness is just a myth someone sells you when they don’t want to be challenged. I refuse to accept that just because I am not rich I shouldn’t have a say in what our future looks like. Philadelphia and all of Pennsylvania deserve better than what the gas industry has rolled out here. We will have a more robust economy with safer long-term jobs and better quality of life if we stop seeing our state as an extraction colony and start looking toward the future.