We can follow the example of cities like Toronto, Portland, Montreal, San Francisco, New York, and Vancouver that have successfully implemented transit-oriented development.

Find out who represents you on the city council and reach out to let them know what you think about the potential of a new arena atop Jefferson Station in Center City.

We hope to do that in our Good Citizenship Toolkit, which includes a host of ways to get involved in Philadelphia—whether you want to contact your City Councilmember to voice your support for more progressive development, get those experiencing homelessness the goods they need, or simply go out to dinner somewhere where you know your money is going toward a greater good. 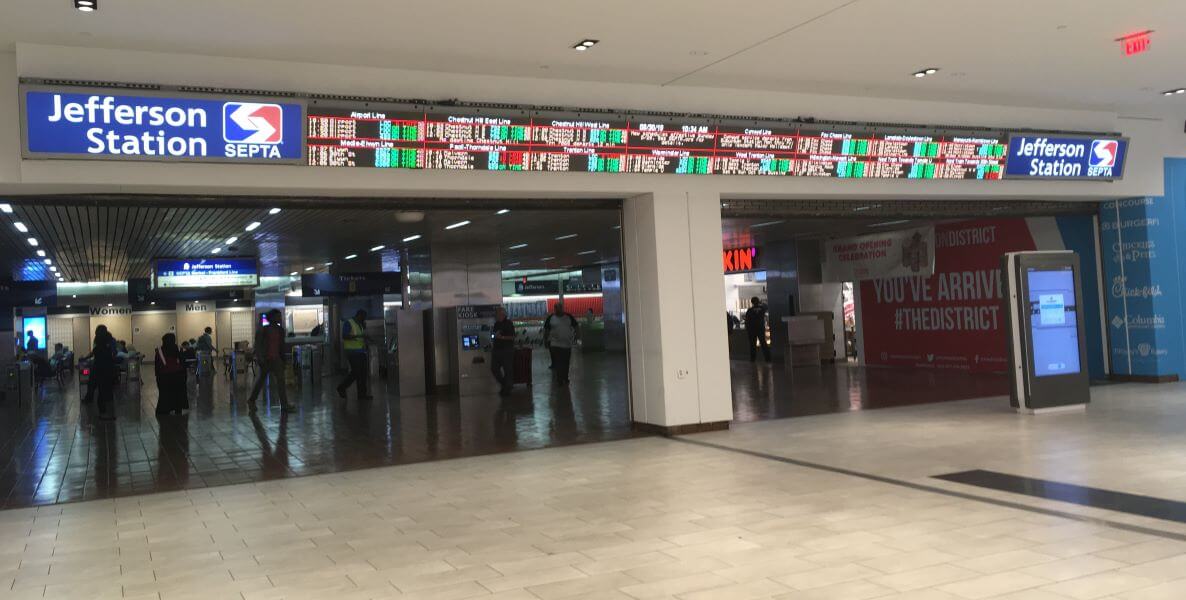 The Sixers’ proposed new stadium sits atop a rail station in Center City. That, a local urbanist argues, is the kind of transit-oriented development Philly needs more of

The Sixers’ proposed new stadium sits atop a rail station in Center City. That, a local urbanist argues, is the kind of transit-oriented development Philly needs more of

Earlier this week, the Sixers announced their intention to build a new stadium on top of Jefferson Station in Center City. Their rationale for picking the site was clear: the site is on top of a transit hub.

Other arenas, like Madison Square Garden, which sits atop New York’s Penn Station, and the new Barclays Center, which was built above multiple subway lines in Brooklyn, have found great success in an easily accessed location without the need for parking. Even if daily transit ridership declines over the next decade as remote work takes an even greater grip of workers, SEPTA’s ridership still swells for special events like Phillies games or Parkway events.

Transit makes the trip easy, it seems everyone agrees. Indeed, the plans were initially announced with an astonishing lack of pushback. The idea of demolishing a recently renovated mall in order to access a prime location above transit — no problem! If I didn’t live in Philadelphia and read this piece, I would have thought that city leaders were united in their support for development that takes advantage of inexpensive, convenient, low-carbon public transportation.

Related from The Citizen
Ideas We Should Steal: Transit Oriented Development
By Mark Dent

But the fact is, Philadelphia doesn’t value access to transit like it should. And this is made visible when you go past major intersections like Broad and Washington, where a full block of vacant land is languishing under litigation. The entire intersection of Girard and Broad Street is essentially undeveloped, unless you count a suburban-style KFC and McDonalds for anything. It took us until 2022 to see a majority of the corners of Spring Garden and Broad full again.

I moved to Philly nearly 15 years ago, when no quadrant of the city was free of vacant land. Vacancy afflicted all rust belt cities at that time, and Philadelphia was seen as a leader in dealing with vacant lots. But with few exceptions, such as a zoning overlay along the El that Maria Quiñones-Sánchez introduced, our city officials have fought against density.

Most outrageously, they’ve actually come out against transit-oriented development time and again. It just happened last week, when Council passed a bill to rezone Ridge Avenue to essentially make housing illegal and require four cars per 1,000 square feet of development; let’s hope Mayor Kenney won’t sign it. Last year, Council passed bill that downzoned East Girard Avenue so that nothing taller than a rowhouse will get built on that critical corridor. There’s real cognitive dissonance when Council proposes legislation like this and then talks about the housing affordability crisis. They’ve made it harder and harder for the city to build the housing and mixed-use properties it needs to keep up with demand.

Last year, Council passed a bill that downzoned East Girard Avenue so that nothing taller than a rowhouse will get built on that critical corridor. There’s real cognitive dissonance when Council proposes legislation like this and then talks about the housing affordability crisis.

We may still be ahead of Cleveland and Detroit, but those aren’t the cities Philadelphia considers its competition anymore. Look at Boston, where the state of Massachusetts passed a law requiring multifamily buildings at T stops across the region. Atlanta and Seattle have been major proponents of using transit-oriented development to both enable massive population gains and hedge against gentrification. Philadelphia is a far poorer city than those peers, and therefore should be making a greater push for development along transit corridors so that fewer residents need cars with their attendant financial burdens.

Currently city officials have the wrong idea that squelching development will stall gentrification; instead this just keeps Philadelphia stuck in old, bad social, economic and environmental patterns. But who knows how many of our elected officials will be in office after 2023? With the stadium bound to be an election issue, hopefully some contenders will offer ideas of how to rezone the city to enable more density, especially but not limited to our transit corridors.

People got overly excited by the stadium for a reason (aside from the fact that we haven’t had much else to cheer for lately). Transit-oriented development done well can make a lot of people happy — real estate developers and sustainability advocates, economic development boosters and workers’ rights champions, daily riders and tourists, too.

Let’s use this as an example of how Philly can build more multi-use developments with abundant housing and retail in convenient, transit-accessible locations.

Diana Lind is executive director of the Arts + Business Council, and a Citizen board member.