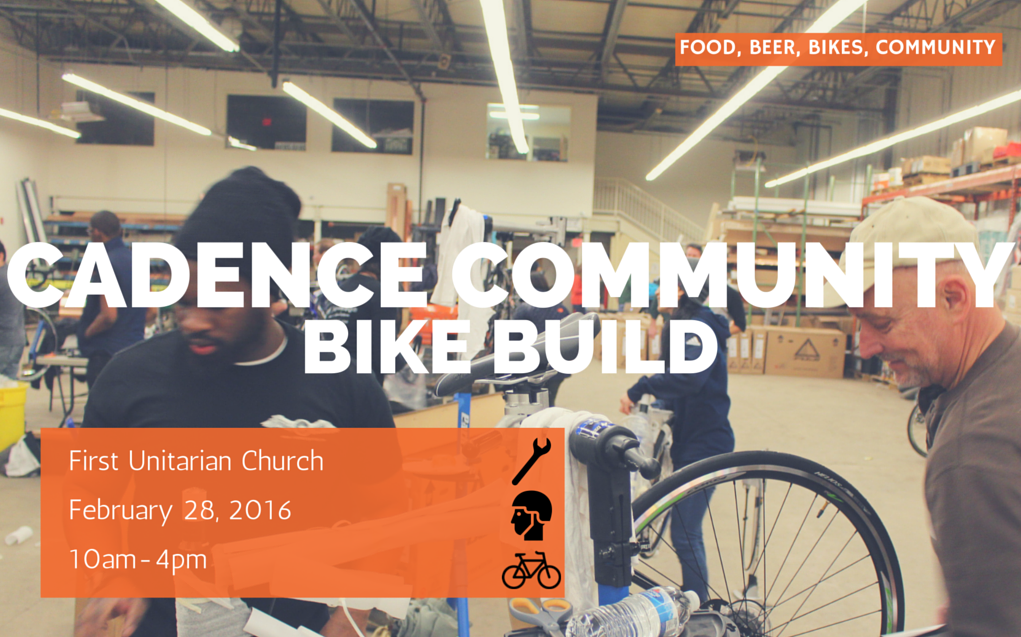 Our own Connor Barwin is a huge fan of biking Jorge Brito of the Bicycle Coalition was riding his bike in Belmont Plateau one afternoon, when he came to a hill and saw one of the students he knows from Cadence Youth Cycling, an after school program the Coalition runs in eight area high schools. Brito stopped to watch, and saw what he says was the perfect coalescence of the lessons Cadence students take away: The boy had his hand on a friend’s back, patting him and shouting words of encouragement as the friend struggled up the hill.

“That, to me, is what we’re about,” Brito says. “He was being a leader, and part of a team, and setting goals.”

Started by former pro-biker Ryan Oelkers—along with former Flyers president Jay Snider, who owns Cadence Cycling and Multisport in Manayunk—Cadence was adopted by the Coalition in 2013. Now it has 100 students, mostly black and mostly poor, who attend the programs for free from April to September. Some of them graduate and get new bikes; some of them simply leave with lessons that have reshaped their lives.

One early participant lost 100 pounds, and went from the smart student who kept his head down to an athlete and team leader. Another credits the focus she gleaned from bike racing with her determination to learn math—a stepping stone to becoming the first in her family to attend college. Still another says he plans to graduate college and continue racing as a professional—one of few African Americans in the elite white sport. With a few staff members and a bevy of volunteer coaches—some of them Cadence graduates—the program uses training and bike riding as a way to teach the students about how to succeed through hard work and comaraderie, winning and losing, developing healthy habits and sticking to a purpose.

“Anyone who played sports growing up understands what we’re doing,” Brito says. “We use the bicycle as a vehicle to teach life lessons.”

But first, Cadence needs bikes. (New bikes that is: Teenagers riding hard on bicycles tends to wear them out fast.) That’s the impetus behind this Sunday’s Bike Build, a volunteer effort to put together around 80 bikes donated by local manufacturer Advanced Sports International, the company that owns Fuji. Around half the bikes will be for Cadence. The others will be distributed to three other biking programs in town: Gearing Up, which leads women in recovery on bike rides as a form of group therapy; the Pumptrack in Fairmount Park, a new BMX-style track for children and families; and Neighborhood Bike Works in West Philly, where local kids pick out a used, sometimes crusty old bike to love, and then take it home—after they themselves have learned to build and maintain it. (Bike Works will use the donations for a fleet of loaner bikes for parents.)

“We use the bike as a vehicle to teach life lessons,” says Brito.

ASI, which designs and distributes Fuji, Breezer and SE BMX bikes from its headquarters in Northeast Philly, has long supported the Bicycle Coalition and other biking groups in town. In September, after the company designed and presented a bike to Pope Francis, ASI’s owners were inspired to do even more this year for the local biking community. ASI spokeswoman Larkin Silverman says the company will give away 100 bikes in 2016.

Brito says the Bike Build, at First Unitarian Church at 22nd and Chestnut, is a solution to a good problem: A lot of donated bikes. ASI will deliver the bikes disassembled, in boxes. Alone, Cadence staff could take weeks to slowly build all the bicycles. “We know all these people who love to work on bikes,” Brito says. “So we threw them a party and asked them to help.” Last year, at the Coalition’s first Bike Build—in Roxborough, during a sleet storm—Brito says enough people showed up to build around 60 bikes in four hours. This year, the group is hoping to assemble 80 bikes between 10 AM and 4 PM. Volunteers with tools and skills are especially welcome—but anyone can come to help out. Food and beer will be provided. (Registering in advance is appreciated to make sure there’s enough for everyone.)

Also on hand Sunday: A replica of the Pope Bike. (Silverman says the original is in the Vatican.) It’s fitting, in two ways: Because he inspired ASI’s giving this year. And because, well, he’s Pope Francis. “Pope Francis is a champion of social equity, of people getting places on their own power, of being stewards and taking care of our natural environment,” Silverman says. “Nothing personifies his messages better than a bicycle.”

Header photo via the Bicycle Coalition.