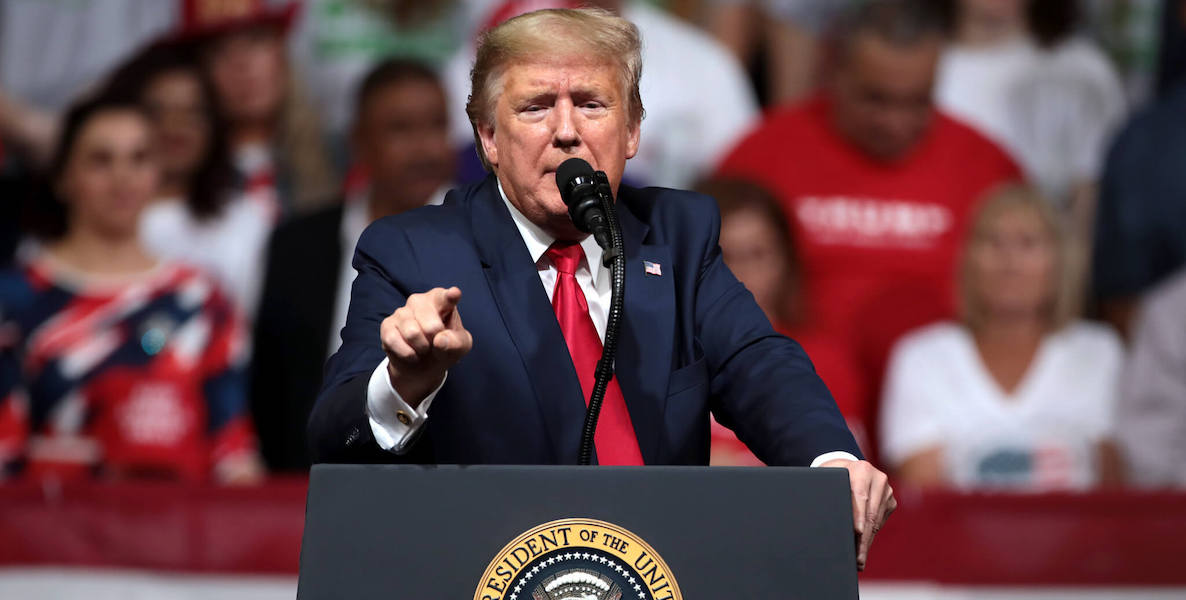 Pres. Trump’s Republican Convention speech will be on the 60th anniversary of Jacksonville’s biggest anti-Black race riot. A local lawyer who grew up in the Florida town wants to ensure we remember the past

Pres. Trump’s Republican Convention speech will be on the 60th anniversary of Jacksonville’s biggest anti-Black race riot. A local lawyer who grew up in the Florida town wants to ensure we remember the past

I’m white. I’m over 70. I grew up and lived in Jacksonville, Florida, until I left for college in the 1960s, and had ties there until recently.

Jacksonville is in the news these days, thanks to President Trump, who is planning on a speech at the Republican National Convention there on the 60th anniversary of the 1960 Ax Handle Saturday, a hate-filled white-instigated race riot.

Jacksonville has made a lot of news lately. In April, it declared UFC bouts to be “essential.” Its beaches, in early May, were among the first to open from coronavirus restrictions—and the photos of the crowds were terrifying.

Related from The Philadelphia Citizen:
The Color of Coronavirus: Our Mournful Undertaking
The first in a series exploring Covid-19’s effects on Black Philadelphians asks: What else is lost when someone dies?

It has now agreed to host the un-precautioned Republican National Convention so the president can bloviate to a packed, unprotected crowd, each of whom will be required to agree to “assume the risk” of Covid-19. And this, on the 60th anniversary of Ax Handle Saturday, a now notorious white-instigated race riot designed to punish the young Black men who had staged a sit-in at the downtown Woolworth’s.

It’s interesting to see Jacksonville’s sorry civil rights history, including the 1960 Ax Handle Saturday, back in the news—although it’s not quite right to say “back” for those white folks like me, and maybe others, who were actually living there at the time knew absolutely nothing about it.

Growing up, Jacksonville felt like a southern Georgia town, extremely conservative, 100-percent segregated by law, including its schools and restaurants. In fact, the town was so segregated that even the whites were segregated among themselves. WASPS, Catholics and Jews each had their own institutions, neighborhoods, community groups and country clubs. There were strict cultural lines, and very little social mixing.

Jacksonville will host the un-precautioned Republican national convention so the President can bloviate to a packed, unprotected crowd, on the 60th anniversary of Ax Handle Saturday, a now notorious white-instigated race riot designed to punish the young Black men who had staged a sit-in at the downtown Woolworth’s.

Property deeds explicitly prohibited ownership by Blacks, Jews and others. The signs for “white” and “colored” remained for years after I left. Instead of integrating the public swimming pools, the city defiantly tore them down and filled them in; the roads only got paved in white neighborhoods. Buses were segregated front to back.

My father, a merchant downtown, was the first to employ a Black person in the front of a store catering to whites, and it cost him customers. The Woolworth’s was about a block away. Many, many years later, I learned what happened on Ax Handle Saturday—that it was an white-organized, KKK-led attack that left many Blacks injured—I was outraged. Who wouldn’t be, other than the instigators?

In 1960, and for many years after, I knew nothing of it, because the local newspapers refused to provide any coverage of that white-instigated race riot. None. Nothing. As far as I know, not a peep.

Related from The Philadelphia Citizen:
Guest Commentary: Choose #BlackLife
A novelist and Penn professor joined the massive Philly march for black lives on Saturday—and found hope amidst the grief

This was consistent on their part; their “news” hardly ever included news of people of color. Others I know from Jacksonville have told me they likewise never knew about Ax Handle Saturday. This was—and is—a city with Confederate statues galore, in which the schools—including Lee and Forest High Schools—taught that the issues in the Civil War and Reconstruction (the invasion from the North) that followed were “ambiguous” at best. That’s what growing up in a segregated town meant.

I am sure that Ax Handle Saturday is but one of many incidents in Jacksonville’s race war, none of which were reported, but all of which were known by the citizenry of color—which was the point. It was a very effectively waged campaign. It is how, years later, a Black Philadelphia judge, who had spent many years in Jacksonville, could accurately tell me, “You have no idea.”

The city’s hard segregation lasted longer than it should have, aided by the willful blindness and shielding of the white community from what its extremists were doing to the Black and brown citizens. It is awfully hard to bear witness, when the shield of news suppression goes up.

But I bear witness now.

Johnny Myers lives in West Philly, works at Montgomery McCracken and was a Public Defender in the ’80s and chief deputy city solicitor, also in the ’80s. He came to Penn in 1964 and never left town.