Tell council what you think about this issue

You can have a say in all this.

Find your elected official here and then reach out to see what they’re planning to do about easing traffic congestion in Philadelphia.

About road traffic in Philly

Ideas We Should Steal: Less Driving
A new study shows that congestion costs us millions of dollars, pollutes our air, and is a hassle. Can we be more like Paris?
Scaling Copenhagen
As Mayor Kenney heads to a climate change conference, Drexel’s Metro Finance Lab director calls on cities to drive climate solutions
Reality Check: Get Off The Road
Philly’s traffic woes are holding us back. So why, WURD’s afternoon host wonders, did no one talk about it in the campaign?
Bringing back the 'Jay Driver'
A look back at the contested history of the city street on the eve of Philly Free Streets Day
Guest Commentary: Protect pedestrians. It’s Good for the Earth
A clean air advocate calls for better traffic safety measures citywide—as a way to also lessen the effects of climate change 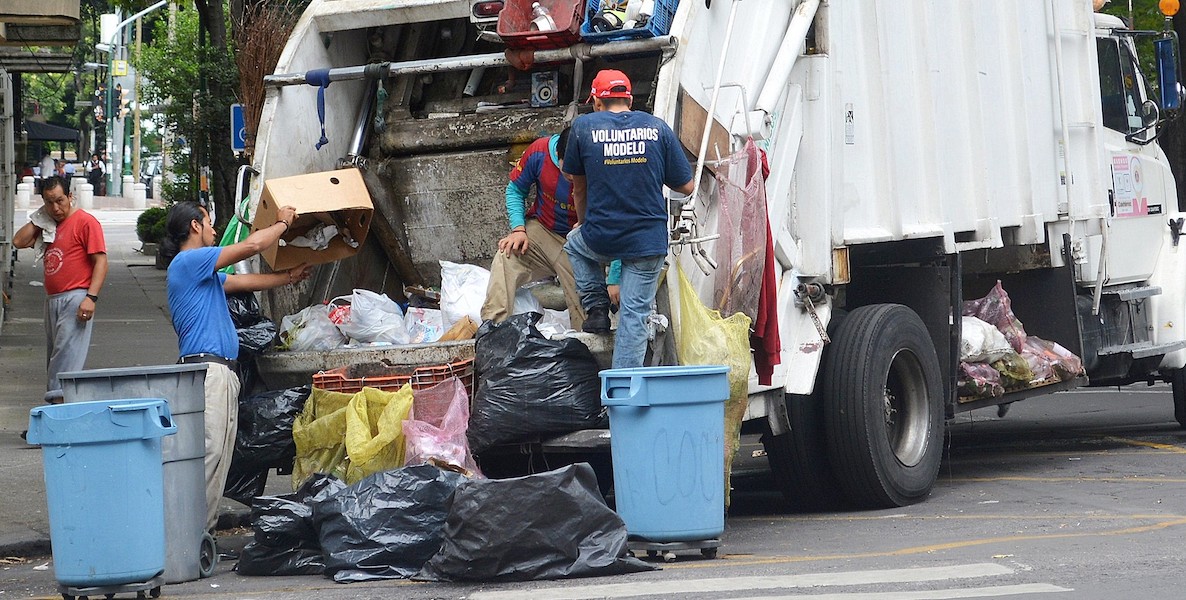 Over the past year, the Kenney administration’s transportation team, SEPTA, the Philadelphia Parking Authority, and the downtown business community have spent a lot of time thinking about different solutions to Philly’s worsening traffic-congestion problem.

The administration has even piloted some ideas like expanded loading zones and more-regular enforcement of the bus-only lanes on Chestnut and Market streets.

Another overlooked area the City should be considering as they think about congestion solutions is trash policy.

Paul Levy at Center City District and others have been beating this drum for years, pointing out how the current approach to trash collection adds a totally unnecessary amount of extra congestion on top of everything else, and that consolidating garbage pickup for large buildings and employers could cut down on the amount of trash truck traffic.

Currently, municipal trash service only covers residential buildings, and only those with six or fewer units. Everybody else needs to contract individually with a private trash hauler. All those individual arrangements mean there are garbage trucks roaming the streets all the time picking up from individual businesses and apartment buildings, rather than having a single garbage day for everybody on the street, regardless of the type of building or the use.

Several years ago, the owners of McGillins worked with Center City District on a proposal to demonstrate how coordinated commercial garbage collection between businesses on one block could work, as part of a push to pedestrianize their alley on Drury Street. Unfortunately, it never happened due to lack of funding.

Now, Natalie Kostelni at The Business Journal reports that there’s finally a proof-of-concept for this idea in The Harper building in Rittenhouse, owned by Pearl Properties, which contains a shared loading area with a large trash compactor that’s used by all the other buildings on the block. And it’s cheaper for everyone to do it this way.

In designing the building, Pearl decided to do something different. The real estate company incorporated a shared loading and massive trash compactor in the building. The catch is that the entire block uses it. Jim Pearlstein of Pearl said at a Central Philadelphia Development Corp. forum that the other property owners signed agreements to consolidate their dumpsters to a single property owner and a single property—the Harper. “We control the process,” he said. “It’s going great.”

Fees are less than if the individual property owners continued to pay to service their individual properties, Pearlstein said. More than that, the arrangement has reduced the number of trips garbage trucks take in the immediate area. The set up is saving 30 trash truck trips a week and that’s the bigger point to be made.

Just this one shared trash compactor and pickup location is saving 30 trash truck trips a week—four per day—just for one city block. It’s easy to see how more widespread coordination and shared facilities would quickly add up to a lot of fewer trash trucks circling the streets on any given day, and cut down on general traffic congestion.

The trouble lies in how local government can make it happen. Levy’s go-to solution for years has been zoned hauling contracts, where the city would be divided up into zones, and trash hauling companies would bid on the right to provide service to properties in those areas.

Single-hauler contracts are common in Pennsylvania cities, and the arrangement has been shown to lower average costs for property owners, but the move would also rattle a lot of the trash haulers and their customers. And some smaller trash haulers potentially have a lot to lose and would likely lobby hard against it.

Just this one shared trash compactor and pick-up location is saving 30 trash truck trips a week—four per day—just for one city block.

Another way to incentivize these kinds of arrangements would be to offer a new density bonus or other incentive in the zoning code for city blocks that agree to manage their trash jointly. Because these clusters of properties would be greatly reducing the transportation impact of their buildings by managing their trash together, perhaps the City could eliminate minimum parking requirements on participating blocks.

With congestion mitigation moving up city government’s priority list, they’re well within their rights to pass regulations like zoned hauling that would slash redundant trash truck traffic on the public streets, but there’s also a lot of room to get creative with incentives to get groups of property owners to coordinate to reduce their impact on the environment and Philadelphia’s transportation network.