Biz for Good by Jessica Press

Business for Good: Help for the Helpers
D3 Developers is replicating its teacher-centric Oxford Mills model with housing for another group of city do-gooders: health and wellness workers
Business for Good: A pillbox with heart
Philly-based startup Fellow may have created the solution to one of healthcare’s biggest crises
The Citizen Updates: Stepwise
Formerly FixList, the startup has grown in size and scope while remaining true to its mission: to empower anyone with the real estate know-how to make their deal—and our city—thrive

Weinberg’s first book, Traction: How Any Startup Can Achieve Explosive Growth, offered 19 ways for startups to build a customer base.

In June, he’ll release Super Thinking: The Big Book of Mental Models, a compendium of tips for how to think and make better decisions. 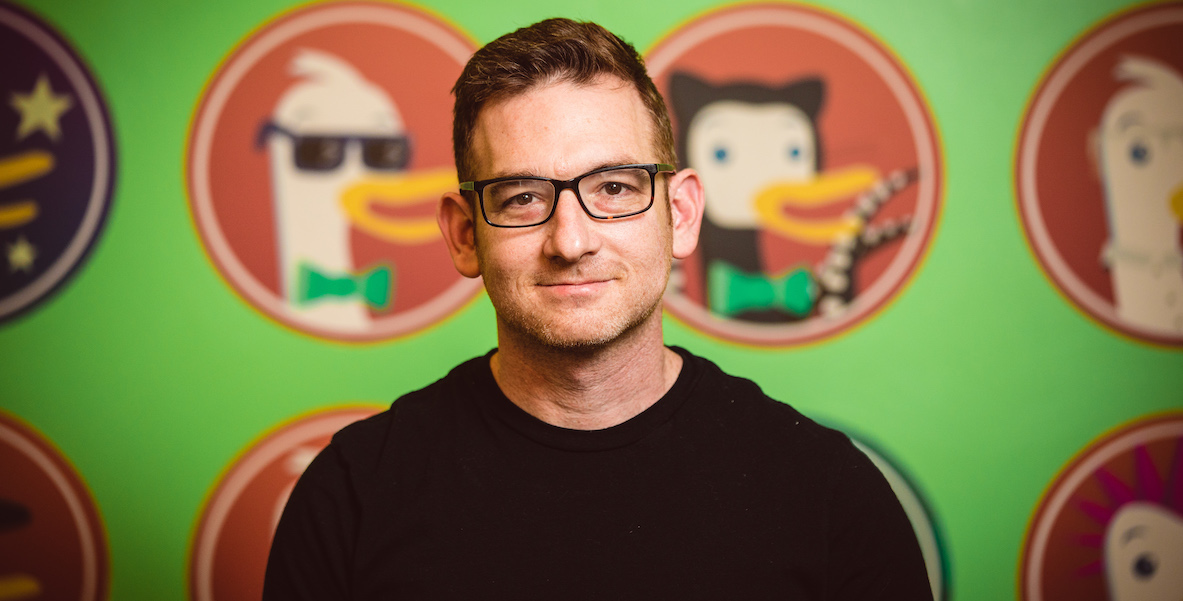 The Paoli-based search engine—whose founder, Gabriel Weinberg, testified before Congress this month— never has and never will track your data. Amen.

The Paoli-based search engine—whose founder, Gabriel Weinberg, testified before Congress this month— never has and never will track your data. Amen.

DuckDuckGo has been having a busy month: First, on March 13th, its founder Gabriel Weinberg testified before Congress, urging them to pass legislation that would limit tech companies’ ability to track users data—something his company has never done. “In many ways, I come to you from the future,” Weinberg said. “Our privacy policy is straightforward and doesn’t require a law degree to decipher: We simply do not collect or share any personal information at all.”

Then, last week, came the announcement that Google was adding DuckDuckGo to its option of default search engines in 60 markets—including the U.S.—potentially giving a boost to the Paoli-based company that right now accounts for 1 percent of the Internet searches in America.

Related from The Philadelphia Citizen:
Meet the Disruptor: Gabriel Weinberg
Paoli's DuckDuckGo is taking on Google (with help from Edward Snowden). How'd that happen?

The Citizen wrote about DuckDuckGo in 2015, shortly before Weinberg published his book Traction: How Any Startup Can Achieve Explosive Growth. Since then, his own startup has achieved just that, going from 8 million queries a day to 36 million. As online privacy—and the egregious, seemingly ubiquitous breach of it—continues to become a bigger hot-button issue than ever, what better time to check in with Weinberg, arguably one of the world’s foremost online privacy problem-solvers.

JP: Online privacy issues feel overly complicated—can you explain for those of us without your two degrees from MIT what DuckDuckGo is and does?

GW: So, people want to be tracked less online, for a lot of reasons—identity theft, creepy ads, discrimination. What we are trying to do is provide this simple solution for how to get people to protect themselves. The internet shouldn’t be creepy, and privacy should be as easy as closing your blinds. We provide the tools and technology to [make it] so.

JP: What are those tools?

GW: We’ve been writing a non-tracking alternative to Google for a decade. And

since we spoke to The Citizen, we’ve expanded our services to include blocking Google and Facebook and other trackers that lurk on the websites you visit as you browse the web. We also have an encryption package which makes sure you go to the encrypted version of a site when one exists. We crawl the web and have a huge list of about 6 million websites [that offer] two versions, and we make sure you’re always going to the encrypted one.

JP: Which matters because…?

GW: If you’re not on the encrypted version, the company you’re visiting could take your browsing history. People are surprised to learn how many trackers are lurking on websites. Google is on 80 percent of the top 1 million websites, and Facebook is on about 25 percent. Basically if you go to any site, there’s often like 10 trackers sitting there.

Another surprise to a lot of people is the location-tracking history in apps. Take weather: Most people pull weather up on their phone, and when you install it, it asks if you want to share your location; you say ‘I’ll do that,’ because you need to get local weather. But a lot of the fine print says that we’re also tracking your location everywhere else you go through the entire day—not just when you’re using that app—and then selling that data to a bunch of third parties, including hedge funds and all sorts of advertising companies. And that’s definitely not the user expectation.

Another thing people do is use ‘private browsing’ or enable the ‘do not track’ mode, thinking it will protect their privacy or that it makes them anonymous. And that’s just not true. All it does is delete the information from your computer, but it doesn’t stop any of the sites you visit from tracking you any less.

People are surprised to learn how many trackers are lurking on websites. Google is on 80 percent of the top 1 million websites, and Facebook is on about 25 percent. Basically if you go to any site, there’s often like 10 trackers sitting there.

JP: Short of hiding under your bed and throwing your computer out the window, what other steps can people take to protect their privacy?

GW: Well, if you sign in to Chrome and turn on the sync feature, which they really try to encourage people to do, then [know that] they’re sending your browser history directly to Google. My best advice is don’t turn on Google’s Chrome sync feature.

JP: Would you ever start an email service, to avoid the tracking that can come with certain email providers?

GW: It is something we may do at some point in the future, but it’s not on the horizon. There are some decent alternatives out there. ProtonMail is a good example of a more private email alternative.

JP: To get the full benefit of DuckDuckGo, do users need to pay, or do any kind of complicated downloads?

GW: You can install the DuckDuckGo extension [service] on all of your devices for free. They’re compatible with all browsers, and easy to install. And doing so will actually speed up your connection, especially on mobile, because no data is wasted on tracking your history.

People think of privacy protection as a huge sacrifice, and it doesn’t have to be the case. It’s almost like a no-brainer proposition. You can get less tracking and still have good search results and a good web experience.

JP: How does DuckDuckGo make money if it’s not charging users?

JP: Are you spreading the word on social media—or are you opposed to social media, given privacy concerns?

GW: We have been encouraging people to leave Facebook—I think that’s something people should do. I think there are ways to consume social media that are healthier. I personally think you can construct Twitter in a good way because you can curate it. Now, there’s obviously a lot of bad things that go on on Twitter too, but [I think it’s] a good way to engage with people. Our Twitter has about 800,000 followers, and we put out a post every day about what’s going on in the privacy landscape.

JP: From the start, your company has had a cheeky vibe—the name, the duck logo, the billboard ad you famously did along the road to Google HQ. What’s the next bit of quirk people can expect from DuckDuckGo?

GW: The mobile version of DuckDuckGo is a browser, and it has an additional feature that’s kind of fun, where there’s one tap to clear all your tabs and data on the device. We call it the fire button: It looks like it’s on fire and then it burns everything.

JP: How gratifying. The last time we checked in, you were about to release your

book Traction: How Any Startup Can Achieve Explosive Growth. Any plans for another book?

GW: On June 18th my next book, Super Thinking: The Big Book of Mental Models, will be out. The idea is there are all these concepts that you probably should’ve learned in school—but are never taught—to help you think better and make better decisions. It’s a compendium of all of them—there are like 300 woven together into nine narrative chapters. So that’s what all my extra time has gone to.

JP: I’ll pre-order it now. Anything else you want to add?

GW: People think of privacy protection as a huge sacrifice, and it doesn’t have to be the case. It’s almost like a no-brainer proposition. You can get less tracking and still have good search results and a good web experience.