Check out the film and click here for the rest of the schedule leading up to the #QuestHacks Project Day.

About the film and Code for Philly 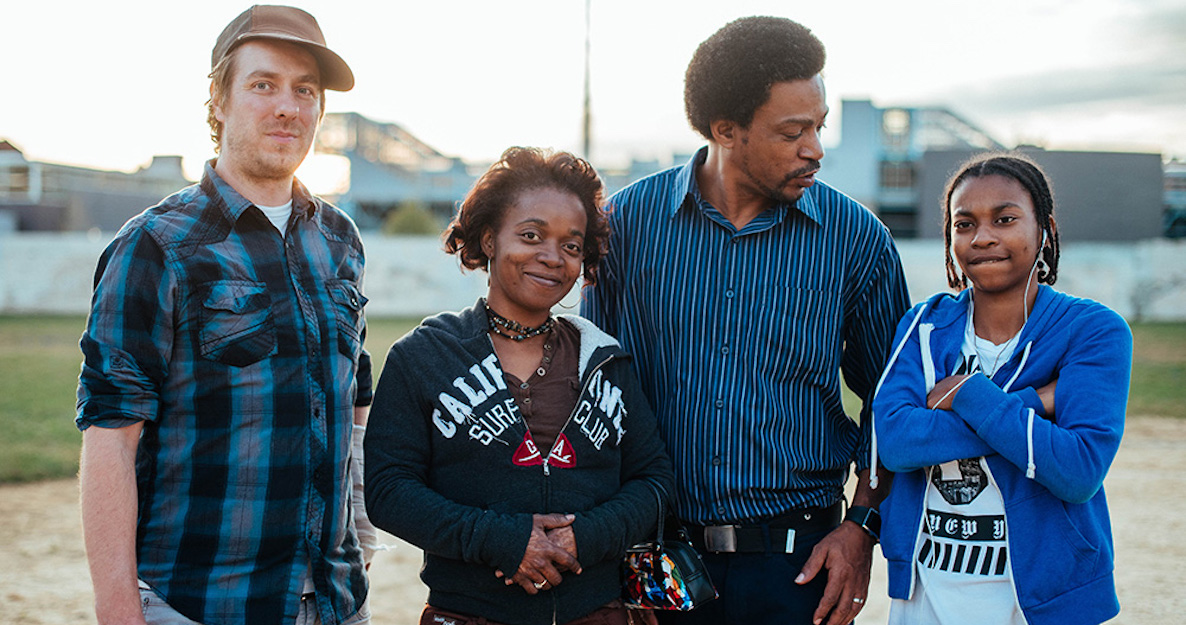 There’s a scene at an anti-violence rally in the 2017 documentary Quest when an activist says: “Our first role models need to be us.” That may seem like a tall order, but it’s one of the goals #QUESThacks: Community Digital Solutions, a weekend-long, community-oriented hackathon that starts Friday.

Organizations throughout the city, including Quest Documentary Community Engagement and Impact Campaign, Code for Philly, and Resolve Philadelphia, have partnered up to organize this event in the hopes of sparking collaboration and change in North Philadelphia, where the documentary was filmed. Quest follows a man of the same name and his family in North Philadelphia over the span of nearly 10 years. The movie was described as a “radiant filmmaking debut” in The Los Angeles Times and as “quietly eloquent” in The New York Times, in which it was also named a Critic’s Pick.

For producer Sabrina Schmidt Gordon,  filmmaking is her activism, which is a big part of the reason why she’s poured so much time into organizing community events like #QUESThacks. “Some folks won’t necessarily do that work; for me, that is part of my own activism,” Gordon says. “For me, if we don’t do that work, it’s like—what is the point of making the film? That’s just the way I think about it.”

Gordon was intrigued by the idea of a hackathon—and its measurable results—after she came across a similar event with the aim of addressing the problem of recidivism, produced by Code for Philly and The Reentry Project in 2017. Soon after, she found herself typing ‘how to do a hackathon’ into the Google search bar. Now, that search has led to a weekend-long event involving nine partners, with the Wyncote Foundation and POV as primary sponsors.

But make no mistake—#QUESThacks is not your typical hackathon. Leave behind your ideas about intricate, coffee-fueled coding and toxic competition: the most intense aspect of QUESThacks, and Code for Philly events in general, is how community-driven they are. “Code for Philly is the inverse of that,” describes Code for Philly Senior Advisor Dawn McDougall. “We look for the right solution for the right problem, and sometimes it’s really simple.”

Making it an event for the North Philly community is crucial for both McDougall and Gordon. “You want to bring resources to the community that they wouldn’t have access to, that the film allows them to have,” says Gordon.

On the other hand, McDougall also emphasizes the importance of community presence for the hackers: “Doing technology for civic impact is about not coming in and assuming you know everything about the context,” she says. Hence the importance of having community members and hackers work together. “Having that collaboration is going to be what makes successful projects.”

McDougall hopes that this event is just the beginning of a relationship between the tech community and people across Philadelphia. “Right now it’s unfamiliar, but it shows that it’s possible.” She also says that not knowing how to code should not stop you from attending: “What we’re looking for is for you to come with passion and creativity.” That, and a drive to make meaningful change, is all you need to participate.

At one point in the documentary, Quest himself states dejectedly: “Seems like nobody cares about this little section of the city.” This weekend, it’ll be your chance to show up and prove him wrong.