Tell Council what you think about parking

You can have a say in all this.

Find your elected official here and then reach out to ask what they’re planning to do about parking in Philly.

Have your own ideas about how to transform parking lots into more usable space? Or how to get the city to change parking requirements? Tell us what you think Philly needs, by emailing us here.

About parking in Philly

The Unfair Parking Burden
Parking spots raise rents in apartment buildings—but often go unused. So why, Philly 3.0’s engagement director wonders, are some Councilmembers trying to mandate more of them?
Reality Check: Where is the real outrage over parking?
WURD’s afternoon host decries what’s missing from PPA conversations: The targeting of poor neighborhoods
Reality Check: How does the Parking Authority spend its revenue?
Not on the schools, that’s for sure. WURD’s afternoon host calls for a PPA reckoning
Reality Check: The Real Parking Wars
WURD’s afternoon host on how the PPA punishes Philly’s poor
How To Achieve Parking Peace
Want a simple solution to neighborhood parking angst? Let’s try a “Cap-and-Trade” parking permit system 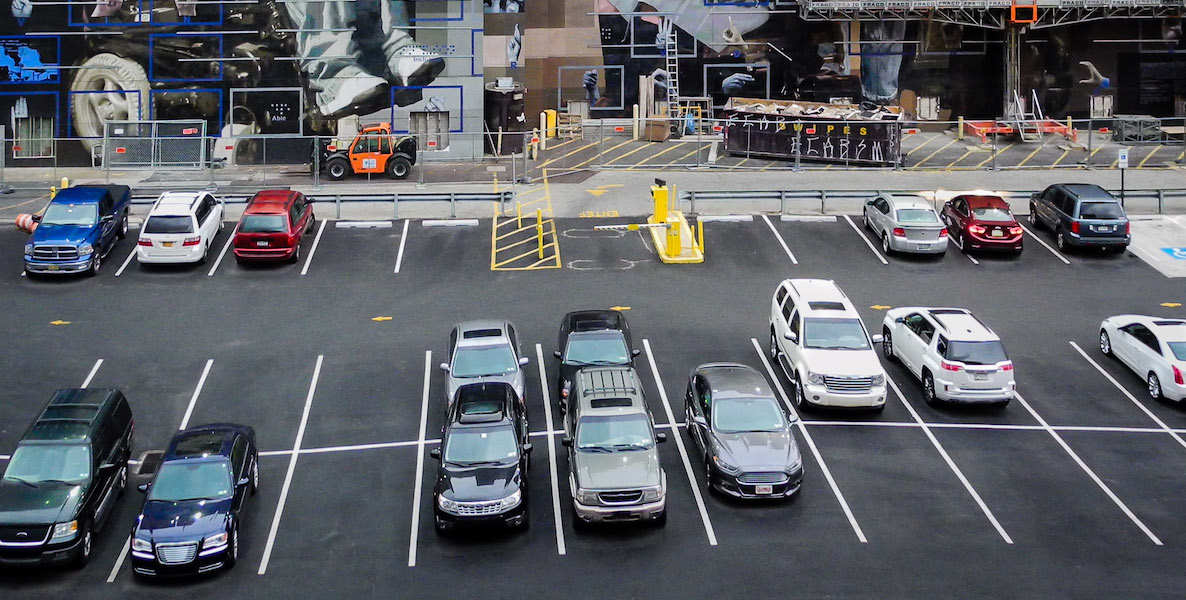 The financial math for creating new parking garages in Philadelphia doesn’t work anymore, Meir Rinde reports at WHYY, quoting Parkway CEO Rob Zuritsky, who says the company is looking to get out of the parking business and redevelop all of their Center City surface lots.

Developers are moving away from the parking business because of the city’s high tax on commercial parking spaces and a strong market for new buildings, said Brian Berson, who leads real estate and development efforts for the Philly-based parking and real estate giant […]

Berson’s boss, Rob Zuritsky, CEO of Parkway Corp, told the Philadelphia Business Journal in April that the company “wants to develop everything we can so we can get out of the parking business as quickly as we can.”

Zuritsky mentions parking tax increases as an important reason why the economics no longer work for creating new publicly-rentable parking, but there are other factors too that just stem from the city’s rebounding city economy rather than any particular policy choices.

Parking lots make a lot more sense when land is cheap, but now that many more people want to live, work and shop downtown, those uses are increasingly competing for that same space, and they’re able to generate more money for owners. As a result, you see more surface parking giving way to buildings.

At the same time, occupancy rates in the existing garages and lots are going down, at least according to the Planning Commission’s (increasingly outdated) 2015 parking inventory. And we’re seeing anecdotal evidence all over the place.

Inga Saffron just wrote about an adaptive reuse project in North Philadelphia earlier this week where tenants only turned out to want to lease two out of 30 available parking spots on-site.

Related from The Philadelphia Citizen:
The Cost of Parking
In the wake of a new report that found 640,000 more spots than residents, Philly 3.0’s engagement director calls for real changes to how we manage parking in Philly

This is all really unambiguously great news for Philadelphia, as it means more jobs, more residents and more agglomeration benefits for our local economy. It also means more people are able to live close to downtown jobs, and walk, bike and take transit to work—a critical shift that City government needs to be encouraging by any means necessary if we’re going to do our part to mitigate climate change—or reduce the particle pollution that contributes to Philadelphia’s high asthma rates.

Another reason to like this trend is that the area right in the heart of Center City is a place where we can add thousands of new dwellings while creating no gentrification pressure. Center City is already a fully gentrified wealthy area, so any opportunity to add a unit of housing there instead of in Point Breeze or Brewerytown or Kensington, is an opportunity to take some pressure off of neighborhoods in transition.

Unfortunately, even though all trends are pushing in the direction of replacing surface parking and older parking garages with more housing, jobs and entertainment, city policy is still stuck on autopilot promoting car dependency.

Even though all trends are pushing in the direction of replacing surface parking and older parking garages with more housing, jobs, and entertainment, City policy is still stuck on autopilot promoting car dependency.

Even in the very center of Center City and University City, our local zoning code still requires a minimum amount of parking in new developments in all the places that need it the least—usually right on top of our best transit, job clusters and neighborhood commercial hubs.

Putting the government’s thumb on the scale for more cars and more parking in these places doesn’t make any sense given our other goals for the environment and housing affordability, and there’s just no good policy reason to want to make anybody waste buildable space on parked cars when we could just have more homes or stores, or anything else really. What does it help to try and jam more cars into these areas?

For reference, here’s a map of where parking minimums still exist in Philly, using Aaron Bauman’s togglable zoning map. All highlighted areas represent zoning districts that require some minimum amount of parking. Note how the very core of Center City and all along our best transit lines still require parking—areas that are typically the lowest-hanging fruit for eliminating mandatory minimums in other places. In the 2011 Zoning Code rewrite, the Zoning Code Commission succeeded in reducing or eliminating parking minimums from a lot of common zoning districts, but they’re unfortunately still in effect for larger commercial buildings, industrial properties, and some types of residences common in Northwest and Northeast Philadelphia.

Having the government set a minimum amount of required parking doesn’t make sense anywhere in the city, as this area of planning is no better than pseudoscience, but it’s most objectionable in the walkable urban neighborhoods where plenty of people do just fine without a car.

Related from The Philadelphia Citizen:
Ideas We Should Steal: Less Driving
A new study shows that congestion costs us millions of dollars, pollutes our air, and is a hassle. Can we be more like Paris?

The places that still have mandatory parking minimums in the more walkable urban parts of the city are mostly in Center City, University City and on land close to high-quality transit options, which really require the least parking. Especially in places like this, the more pressing public interest isn’t in trying to gin up a parking glut; it’s in checking certain developers’ worst instincts when they want to provide way more parking than the City requires, even though it would be bad for congestion, affordability, or the pedestrian realm.

Our peer cities are responding to similar transportation and economic trends by turning their current parking minimums into maximums, or just zeroing them out altogether, like San Francisco, Minneapolis, and dozens of other U.S. cities have done.

Sadly, some dead-enders on Philadelphia City Council are still trying to take us in the exact wrong direction on this issue. On October 16th, Council actually has a hearing on lame duck 3rd District Councilmember Jannie Blackwell’s bill (#160710) that would dramatically increase parking requirements for multifamily housing, which could increase housing costs by as much as $400 a month.

Council actually has a hearing on lame duck 3rd District Councilmember Jannie Blackwell’s bill that would dramatically increase parking requirements for multifamily housing, which could increase housing costs by as much as $400 a month.

Any City Councilmember who’s publicly claimed to be concerned about affordability or climate change or congestion recently shouldn’t think twice about voting that bill down. And after the new Council is seated in January, it’s time to start making some big strides in the opposite direction, and complete the Zoning Code Commission’s unfinished work of eliminating the rest of our minimum parking requirements.