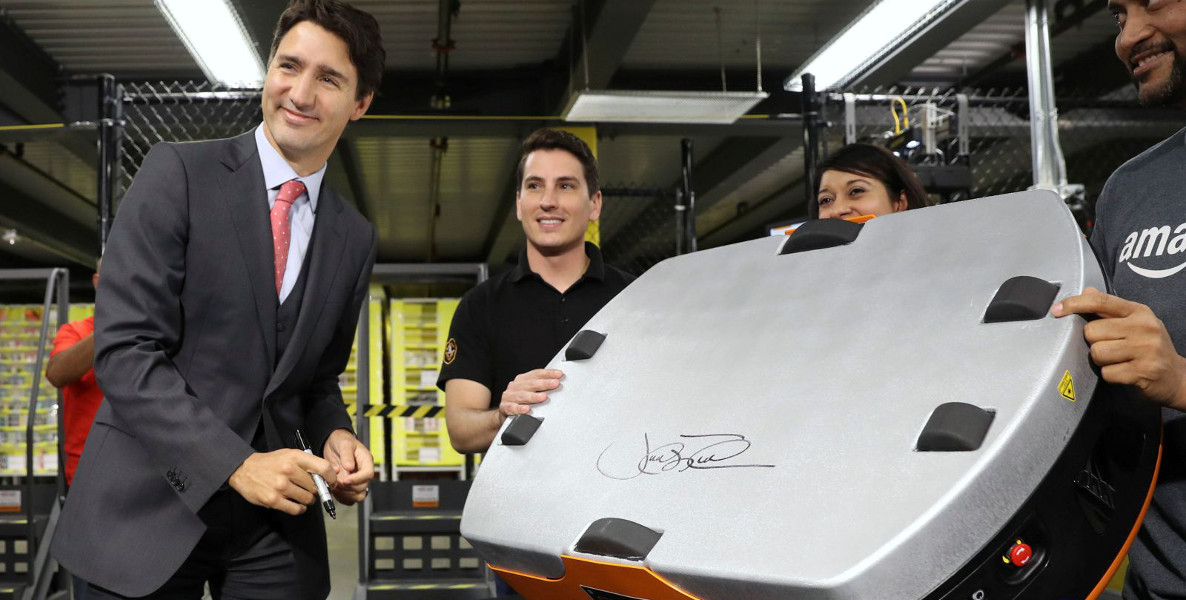 The Case for Universal Basic Income

In today's Solution of the Day, Ontario, Canada is providing basic income to offset the effects of the area's loss of manufacturing jobs.

The Case for Universal Basic Income

In today's Solution of the Day, Ontario, Canada is providing basic income to offset the effects of the area's loss of manufacturing jobs.

Like in many developed countries, manufacturing jobs have been disappearing in Canada for the past several decades. The loss in these jobs has resulted in the rise of poverty and has had a devastating effect on many people and communities. Although the Canadian government has implemented various poverty-alleviation programs in the past, they have usually been meager and unstable, never leading to systemic changes across impoverished communities. Ontario is now piloting a poverty-reduction program designed around the concept of universal basic income, which experts believe will successfully alleviate the area’s poverty.

Universal basic income is a periodic cash payment delivered on an individual basis without any conditions to citizens. Experimental studies that have been done around the world on unconditional cash benefits have often shown it to be one of the most effective ways of reducing poverty. Ontario is piloting a basic income program in three cities that have been hardest hit by the loss of manufacturing jobs. The program would give a single adult an annual basic income of just under $17,000 a year. The hope is that the basic income will encourage people to further their education, take more time to find the right job and overall improve an individual’s well being. This would reduce health care costs and act as an incentive for employees to provide better wages and job security.

Almost two thirds of men and women who get out of prison every year are arrested within three years. For the formerly incarcerated, lack of education, lack of employment, psychological and emotional problems are everyday hurdles. A non-profit in New York called Fortune Society has worked to break the cycle of recidivism in New York City by providing a range of services like housing, counseling, vocational training employment help. (via CityLab)

Every day, journalists around the world face threats to both their physical safety and digital security. An app called Salama, which has been designed specifically with journalists in mind, provides a free risk assessment service to inform journalists about the dangers they may encounter while in specific regions of the world. The app also provides tips on encryption, secure passwords and other digital safety topics. (via International Journalist Network)