Meet the judicial candidates. Then vote.

Wondering who all these candidates are running for judge in Philadelphia? Stop wondering, and come out to meet them.

Pennsylvanians for Modern Courts is holding two conventions for judicial candidates this month:

Tuesday May 7th: Superior Court candidates at the Free Library of Philadelphia

Click below for our voting guide and start preparing early for election day:

Kay Yu was brought to the states as a baby by her parents who hoped to give her a better life. When she was in middle school her family feared deportation. Years later, she argued her own case for citizenship and now, she’s looking to become Philly’s next judge in the Philadelphia Court of Common Pleas.

Check out the rest of her story here

See what candidate Kay Yu has to say about justice

Read other stories from the series here. 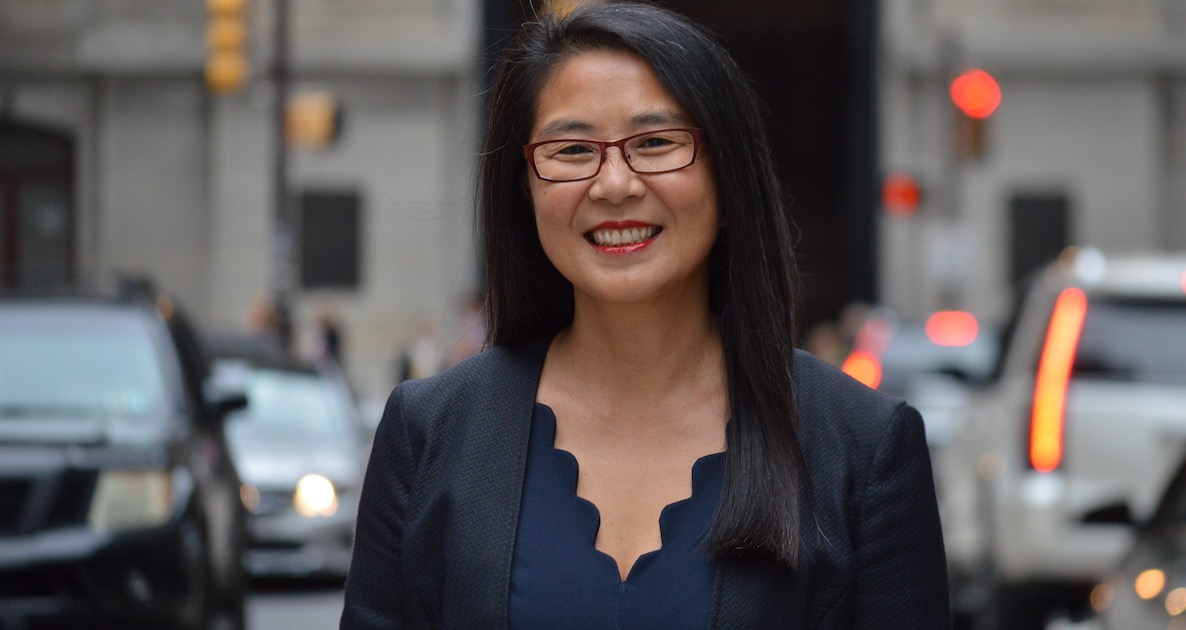 The next in an ongoing series finds a first-generation candidate wading into the absurd way we elect judges. Why? Because of where she’s been

The next in an ongoing series finds a first-generation candidate wading into the absurd way we elect judges. Why? Because of where she’s been

Kay Yu was just three-and-a-half when her mother, Yunja, brought her family from Seoul, Korea, to Seattle, Washington, in December of 1968.

“She sacrificed everything so that I could live the American Dream,” Yu says on a recent spring afternoon. “Even though she didn’t have a plan for how to feed the family, she had an entrepreneurial spirit. So she made an investment, bought an IBM Selectric, and started typing other people’s dissertations.” In time, Yunja became a secretary for the dean of the College of Engineering at the University of Washington. Life in the U.S., it seemed, had fallen into place.

Then Yu discovered the book.

“I was 10 years old and about to start middle school, when I picked up a book at home and found deportation notices for me and my entire family,” Yu says. It turns out that the family’s visas—which they’d obtained as dependents of Yu’s father, who’d come earlier in 1968 with a student visa—had run out. All that time, Yunja had been not only bearing the burden of financially supporting the family, but also the toll that the threat of deportation takes.

“Since we’re in a place where all elections are decided on the margins, any number of votes makes the difference between winning and losing,” Yu says.

It would be years later—as a senior at Columbia University in 1986—when Yu, through Reagan’s Immigration Reform and Control Act (IRCA), would, on her own, complete the arduous paperwork to go from becoming undocumented to having full citizenship. But by that time, it would be too late for the aspiring law student to help her mother through the same process: In 1985, Yunja had died of cancer.

Offer your condolences to Yu and, through a glimmer of tears, she’ll tell you that as painful as it has been to live more years without her mother than with her—including her years spent at Georgetown Law and, since then, practicing employment law and employee benefits litigation—she has become seasoned at finding silver linings. “I have become this person who is really good at recognizing all the blessings that come in disguise,” she says, noting that had her mother not become sick, Yu would’ve spent her junior year abroad—which would have rendered her ineligible for the IRCA provision that allowed her to apply for permanent residency directly, without having to go through the legalization process.

That gift for finding silver linings may explain why, when asked how she feels

about Pennsylvania being one of eight states in the nation to elect all its judicial trial judges through partisan elections, she doesn’t groan in resentment or roll her eyes, like many a Philly cynic. Yu is running to be a judge of the Court of Common Pleas, which decides questions of property, custody, liberty, and, as she says, issues that can impact people’s everyday lives. But being elected a judge in Philadelphia relies largely on chance: After she received the requisite 1,000 signatures, Yu and the other judicial candidates convened in Harrisburg to choose their ballot number out of a beat-up canvas bag. Yu picked number 36—out of 41 candidates—but that randomly has her on the top row of the May 21st ballot, which ups her chances. (Thirteen of her competitors dropped out, so she’s now #27.)

There is little to no media coverage of the judicial races, so name recognition is basically nonexistent. She did go through the vetting processes presented by different wards—from interviews to reference checks—and came out with endorsements from Wards 1, 2, 5, 8, and 9. She is one of 14 candidates currently recommended by the Philadelphia Bar Association (with additional recommendations forthcoming, she says). Yu asked for but did not get the endorsement of the Democratic City Committee, something that can cost tens of thousands of dollars.

Related from The Philadelphia Citizen:
Is This Any Way To Elect Judges?
Tomorrow, most of you won’t know anything about the judges you vote for. How’d we get here?

Grueling aspects of the race aside, Yu sees her candidacy as an opportunity—and one that goes beyond the bench: It’s a platform to make an impassioned case to Philadelphians about their power, as voters, to affect the outcome of elections—to have a voice, to make a difference.

“I started out being literally disenfranchised, and I have voted in every election since I was eligible to vote. But it took me decades to fully understand how vitally important it is for our democracy that every person who is eligible to vote actually votes,” she says. “Being a candidate for office is the most robust level of civic participation I’ve ever engaged in, and I believe it’s the best platform I have ever had to try to move the needle and tell everyone that we have an election on May 21st, that we elect every judge that we have in the Commonwealth of Pennsylvania, and that since we’re in a place where all elections are decided on the margins, any number of votes makes the difference between winning and losing.”

“I have become this person who is really good at recognizing all the blessings that come in disguise,” Yu says.

If Yu wins on the 21st, she’ll be Pennsylvania’s first Korean-American judge. It will be a distinction she can add to her long list: Among others, she won the Justice Sonia Sotomayor Diversity Award; was named a Woman of Distinction by The Legal Intelligencer; served as Chairperson of the Philadelphia Commission on Human Relations; and has been one of the Legal Intelligencer and Law Weekly’s Diversity Attorneys of the Year. She’s been recommended by the Philadelphia Bar Association as well as Second Generation PAC, Millennials in Action, National Organization for Women, eight State Reps, and so many more.

She also happens to be a competitive runner, having completed 10 Boston Marathons, six ultra-marathons, and five IronMan distance triathlons. “Currently there’s only one thing I’m running for, and that is to become a judge,” she jokes.

Why, with everything she has achieved, does the Francisville resident now want to be a judge?

She says she vividly recalls the first time judicial aspirations came to mind: It was 2006, seven years after Yu moved to the city, when Philadelphia hosted the National Asian Bar Association’s convention. “There were 1,000 Asian Pacific American attorneys in the room and Senator Arlen Specter was the keynote speaker. At the time, we had but one Asian judge on the bench in the entire Commonwealth of Pennsylvania. We raised this point with the Senator. He responded by saying two things. First, that his door was always open. Second, he asked, ‘Where is your pipeline?’”

Over the course of her career, and particularly during the time she served on the Philadelphia Commission on Human Relations, Yu saw how courts impact people’s everyday lives. Now, she believes she can give back by running a courtroom where everyone is treated with decency and dignity. Everything in life, she says, is a negotiation, and we can all learn how to have human relationships in a more positive way.

“The hardest kind of accountability is not to ostracize someone from a community—it’s to bring them into the community and to hold them accountable for their recognition of the harm that they have caused and to seek ways in which we can actually address the harm,” Yu says. “And to incorporate that into our justice system is an aspiration I think we should all have.”

Decency, dignity, positivity. They’re ideals any voter can get behind and ones that, without a doubt, Yu’s hardworking, humble, ever-resilient mother—the woman Yu calls her guiding star, and whose model she lives with in her heart at all times—would be proud of.