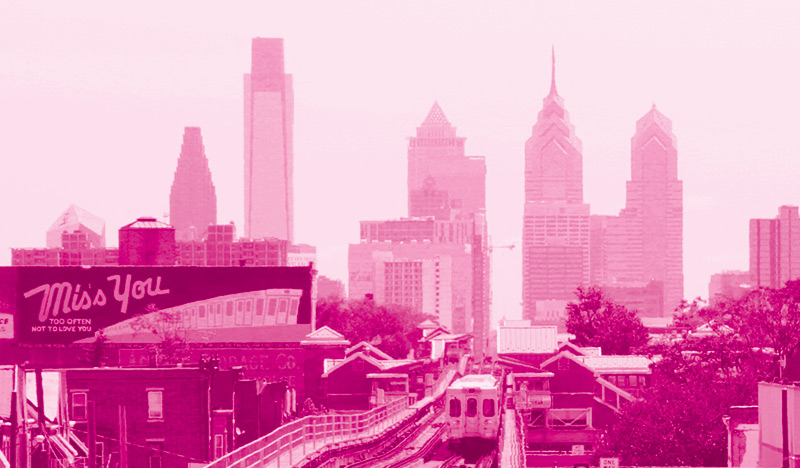 In the first of a series exploring ways to get Philadelphians to the polls, we consider whether our success at public art might help get out the vote

In the first of a series exploring ways to get Philadelphians to the polls, we consider whether our success at public art might help get out the vote

Like so much of Philadelphia politics, low voter turnout for the mayoral primary last month seemed inevitable: Only 27 percent of registered voters throughout the city came out to the polls—something Lansie Sylvia, project director of Next Stop: Democracy!, likens to listening to just one quarter of the greatest rock band ever.

“It’s like having one Beatle—let’s say it’s Ringo—writing all the songs for the band,” Sylvia says. “That’s not so great, right?”

Every election cycle in Philly has its requisite post-election hand-wringing and self-shaming—yes, this is why we can’t have nice things—and its corresponding secret happy dance of those in power who don’t want real change. Experts pontificate about the myriad reasons Philadelphians might not be bothered with ballots. But few have asked the simple—so simple as to be absurd—question that struck Sylvia and her colleagues at branding agency Here’s My Chance: Could it be that Philadelphians don’t vote because they can’t find their polling place?

“There’s been tons of studies on how grocery stores should be laid out so people buy things,” says the director of Next Stop: Democracy! “But no one’s done much work about how the space around voting impacts how people vote. This seems to be a totally new way of thinking about it.”

“Every time I’ve moved, I’ve had to figure out where my new polling place is,” says Sylvia, 30. “And that happens every time someone moves, in every neighborhood, and it’s not always easy to find—in Philadelphia, you might vote in a banh mi shop. Maybe people are just getting lost.”

This is where Next Stop, Democracy! comes in. Over the next few months, Here’s My Chance will work with local artists to create 2 by 3 foot signs directing voters to 60 polling locations around the city—a sort of civic-minded pop-up art installation to make the idea of voting into something tangible and accessible. Designed to be visible from 20 feet away, the signs will each have a simple message: “Vote Here,” in English and a second language prevalent in the neighborhood. About half of the signs will be painted by professional Philly artists recruited by Next Stop: Democracy!; about 10 will come through the Mural Arts Project’s Restorative Justice Program; and the rest are open to anyone in the city who wants to submit an idea—from firefighters to kindergarteners—from now until June 19. (Selection comes with $250 and the thrill of moving democracy forward.)

“We know there are a lot of reasons why people don’t vote,” says Conrad Brenner, a photojournalist who runs the blog Streets Dept and is helping to recruit artists. “We felt like we can’t change the candidates. We can’t take the money out of politics. But we can use one of Philly’s greatest strengths—public art—and use that to jazz up and excite one of our biggest weaknesses—voter turnout.”

Polling places in the city are required only to hang a small paper sign on the wall, along with a full-scale example of a ballot. Voters new to an area can find their polling place on the Internet (if they have it), or by asking neighbors (if they speak the same language), but even if they get to the building, they won’t always know where to go. And sometimes, the usual voting spot changes without neighbors realizing. That’s what happened in one Fishtown neighborhood in 2012, when residents tried to cast ballots at the usual location—their local corner bar—only to find that it had been moved to…well, no one was quite sure until some eager young residents tracked down the number of the local Democratic field office, hand-wrote signs and tacked them up in the window of the bar. That eagerness to vote, unfortunately, is not the norm.

“Voting has been abandoned in Philadelphia,” says Brenner. “We’re hoping this helps to create some buzz and makes people excited about voting again.”

Next Stop: Democracy! was one of 32 projects (out of 7,000) selected by the Knight Foundation’s Cities Challenge, which looks for ideas to make cities better. The Foundation awarded Here’s My Chance—which works with nonprofits and socially-conscious companies—$166,000 for the project, which will cover about two-thirds of the total costs. In a few weeks, Sylvia plans to launch a Kickstarter campaign to raise $15,000, which will go to the Philadelphia Sculpture Gym to build the deluxe handmade wooden signs on which artists will paint their messages.

Part of the Knight funding will also go to pay a team of researchers to study the success of Next Stop: Democracy! in bringing people to the polls. The researchers will select the locations of the 60 signs, likely focusing on just a few Council districts, where they can most easily use a control group from a different ward to compare turnout and awareness. Sylvia says she has received several proposals from researchers eager to participate, with varying angles—from purely wonky data to human-centered cultural effects—a sign that she may have hit on something few have considered.

“There’s been tons of studies on how grocery stores should be laid out so people buy things,” Sylvia says. “But no one’s done much work about how the space around voting impacts how people vote. This seems to be a totally new way of thinking about it.”

Want to get involved?