An exhibit of photographs by Jano Cohen

We Town
Just 30 miles from Center City, a high school basketball team reminds us that sports and values need not be mutually exclusive
Citizen of the Week: Brannon Johnson
Once known as the “black girl who rows,” the West Philly native is opening the world of rowing, and the Schuylkill River, to anyone
Hoop Dreams
As March Madness gets underway, it’s hard to be a fan and socially conscious. Enter Philadelphia Youth Basketball, which uses sports to shape inner city kids 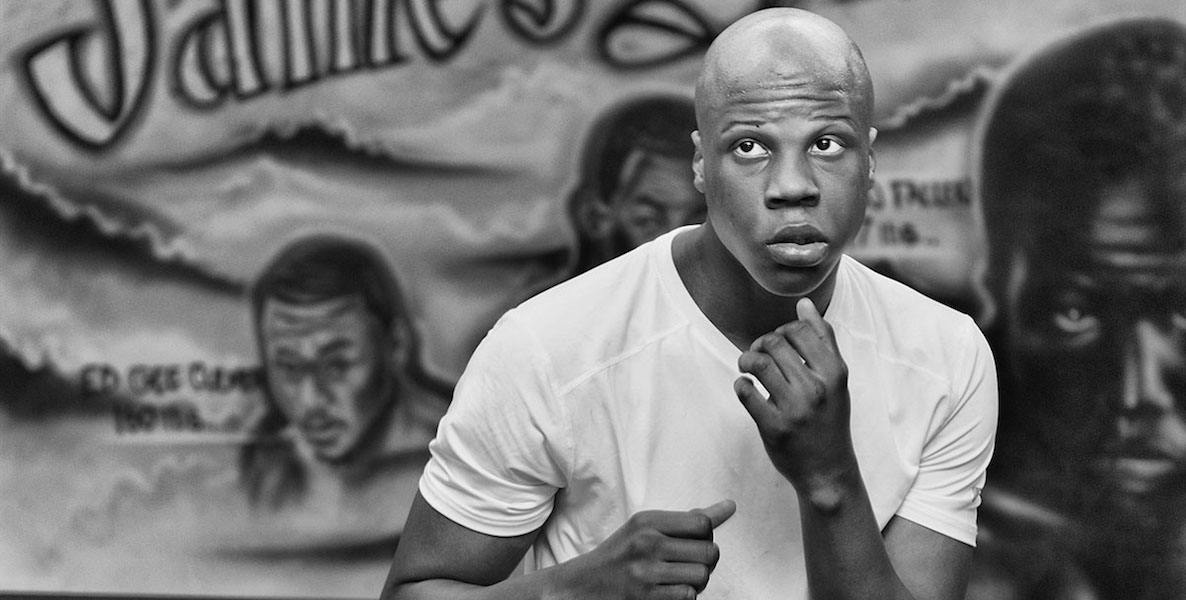 Photographer Jano Cohen, if she thought about it at all, had always considered boxing to be a sport that glorified much that she disdains—violence and brutality and anger. She found it incomprehensible for two people to beat each other senseless in front of a crowd of onlookers. “Hitting each other so hard like that,” Cohen says, “doesn’t speak kindness to me.”

So it was with some trepidation that Cohen found herself, in November 2015, with her camera, at West Philadelphia’s James Shuler Boxing gym; and it is with some wonder that she found herself returning, for more than a year, to photograph the boxers, learning to admire their physicality and joy, their competition and sweat—and even, in a way, to admire the sport of boxing itself. “There is,” Cohen says, “real beauty in their movement. I love to watch that.”

On Thursday, the Gershman Y is opening an exhibit of Cohen’s black and white photographs from Shuler, as part of a six week-long showing of her latest work. The opening night party is also a fundraiser for the gym, which runs after school programs for children, as well as adult training. Cohen is selling 8 x 10 prints of her boxing photos for a $100 donation to the gym; the gym’s owner will be there, too.

Cohen’s journey to Shuler began with an assignment: An art gallery in Chester where Cohen has shown her work asked her to donate some boxing-related photographs to a charity event supporting a Chester boxing gym, Must Fight. Only Cohen didn’t have any boxing pictures, or access to any boxers. So she went online and found Shuler, a gym about 15 minutes from her Main Line home that attracted her, in part, because the website showed a large painting of a boxer on the gym wall. One afternoon, she drove to the gym, and found its owner, Percy “Buster” Custer, sitting outside. She convinced him to show her around, and then spent the next few hours listening to his story, and that of the gym’s namesake, James Shuler.

A national Golden Gloves light middleweight champion in 1979 and 1980, Shuler was a local hero who trained with his brothers and friends at Joe Frazier’s legendary North Philly gym. In 1986, in the run up to a professional national title bout, Shuler bought a motorcycle; he was hit by a truck and died. Custer opened his gym, and named it for his friend, soon after, on a desolate strip of West Philadelphia, near 42nd and Lancaster. The area around the gym is still struggling, but the block where Shuler is located is mostly quiet; next door, Custer opened a day care run by his wife. His daughter lives above it.

Today the gym is still where some aspiring neighborhood boxers go to train, some with Shuler’s brother Marty. It also houses an after school program for children as young as six, keeping them occupied and active; they must maintain good grades in school to participate. And Cohen says she has seen it filled with men as old as 70, some of them training or just hanging out, trading stories. “I didn’t take any pictures that first day,” Cohen says. “I just listened. And then I came back.”

After the Must Fight show—where Cohen sold a photograph to John DiSanto, who runs phillyboxinghistory.com—Cohen returned to Shuler to keep shooting. “After a few weeks, Buster asked me, ‘Why are you still here?’” Cohen recalls. “I didn’t know. I just started liking it.”

Since then, Cohen has become a fixture at Shuler, showing up one to two days a week, in the morning or evening, to photograph and talk and soak in the atmosphere. Gone are the days when Cohen would turn away squeamish from a boxing bout; now she gets as close as she can to the fighters with her camera, hoping to capture every nuanced action and expression, without interrupting their flow. A longtime dancer who now works as a teacher of the Alexander Technique, Cohen has learned to appreciate the grace and agility of boxing, the footwork, and the way her subjects hold their often injured hands delicately. She has even come to enjoy the matches themselves—or, at least, to appreciate them. “I know boxing is important to these guys,” she says. “I  congratulate them when they win, and if they lose, I tell them, ‘Well, at least I got some good pictures.’” (Cohen is the wife of Citizen chairman and columnist Jeremy Nowak.)

The show at the Gershman comes at what is probably the midpoint in Cohen’s relationship to Shuler. Now she has started working on a book about the gym, along with DiSanto. She is compelled, she says, by all that she has yet to understand and explore, both culturally and artistically—and by what continually surprises her about boxing and those who box.

“They treat each other with such kindness and compassion, both in the ring and just when they’re hanging out,” Cohen says. “Also competition and animosity. But it was the gentleness I didn’t expect.”

Do Something
Read More
Photos by Jano Cohen