Do the Law Rewired team members remind you of folks here in Philly? Pass on this article to someone you think could bring the idea to our city.

Or, could you be the one to start a movement? What are you waiting for? Learn more about Law Rewired here and get in touch with the team here.

Welcome to the enhanced audio edition of Jemille Duncan’s story

Their super helpful glossary of legal terms is the perfect place to start. 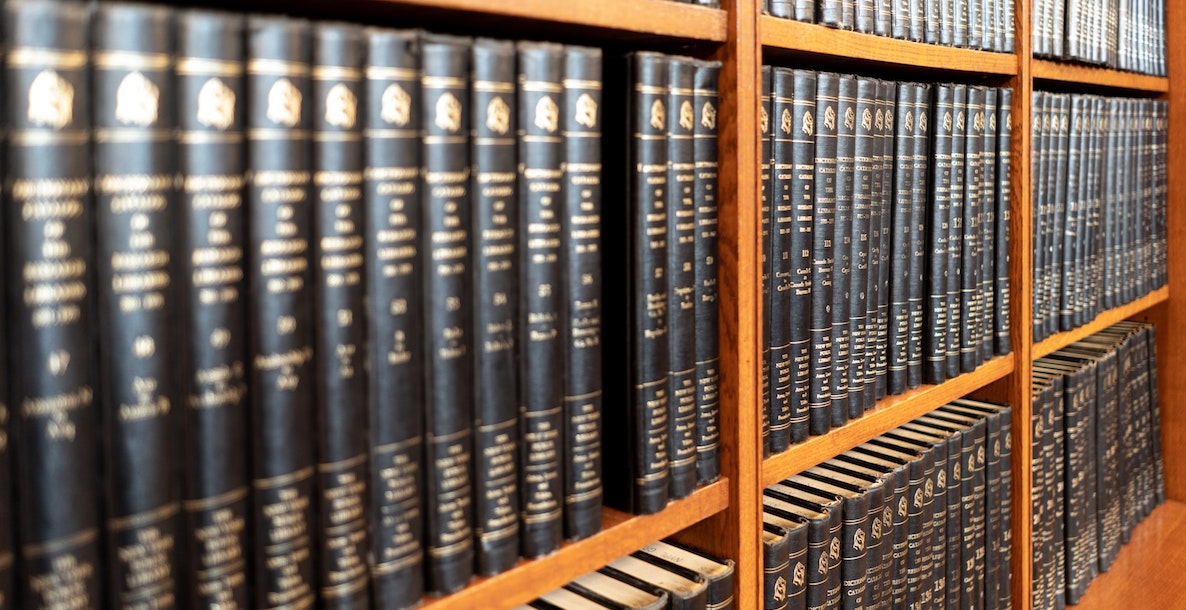 Ideas We Should Steal: Laws We Can Actually Understand

A group of law students in India is working to “translate” the country’s laws so that every citizen can understand their rights and responsibilities. A similar effort here could be one way to make our government more accessible to Philadelphians, too.

Ideas We Should Steal: Laws We Can Actually Understand

A group of law students in India is working to “translate” the country’s laws so that every citizen can understand their rights and responsibilities. A similar effort here could be one way to make our government more accessible to Philadelphians, too.

There is an episode of CBS’s Madam Secretary in which two characters, Nadine Tolliver and Matt Mahoney, are trying to find a replacement part for a State Department airplane. Government bureaucrats block them, saying the airplane part is being saved for another plane, even though that other plane clearly doesn’t need it.

Mahoney replies, “Because then we could understand what they’re saying.”

Had I not spent three years in a legislative office, I’d think our laws were written by people with similarly impenetrable tongues. It is the 21st century, and we still legislate using words like “heretofore”—a word that was at its height in the mid-1800s. Language like that is part of what makes our laws inaccessible.

But it’s critical for laws to be intelligible. “The laws that are made in Harrisburg will affect your life—good or bad. And it’s imperative that people know what those laws are and how it will affect them,” says Representative Jordan A. Harris, a Philadelphia Democrat who’s the House Democratic Whip. This is impossible when our laws are laden with archaic and coded language.

The challenge to modernizing the language is that it would require overhauling heaps of legislative texts. For that reason, the chances of lawmakers updating those texts are slim.

Absent legislative action, we could follow the example of an organization in India called Law Rewired, which is translating coded legalese into plain language that citizens can actually understand. The organization prides itself on “simplifying complex Indian laws one concept at a time.” They use true-to-world analogies, bullet-pointed explanations, and a glossary of legal terms to illuminate the meaning of laws.

It is the 21st century, and we still legislate using words like “heretofore”—a word that was at its height in the mid-1800s. Language like that is part of what makes our laws inaccessible.

One of the laws they translated was India’s Information Technology Act. Law Rewired explained terms used in the Act like “intermediary,” amendments added to it, why the law was enacted, and when the Act can be applied. After fleshing out those details, they summarized all the information in a section titled “In a Nutshell.”

To further demystify legal texts, Law Rewired breaks down landmark court decisions, because Indian courts set the tone for how laws are interpreted—just as American courts do. Law Rewired synthesizes the legal background of cases, applicable laws, the legal arguments of both sides, and courts’ rulings.

Currently, they’re collaborating with the Child Awareness Project, helping them curate social media posts that involve law related to health, children, education, and women. Law Rewired is also in talks with three other organizations about potential collaborations. Their next collaborative series on patient rights is scheduled to go live on April 26th.

Law Rewired is run by 22 students from 10 different law schools and an advisory board of distinguished legal scholars who volunteer their time to make Indian laws accessible. To build that coalition, Aswini Ramesh, Law Rewired’s Founder and CEO, advertised via social media that she was looking for people to be “part of something meaningful.” When she posted about Law Rewired, it immediately caught attention: The organization received applications from all over the globe from places like Italy, Mauritius, California, and Madagascar to fill roles like content creator, website developer, and roles in public relations and marketing.

Ramesh started the organization last summer after a series of professional contacts, family members, neighbors, and friends asked for her legal advice. “Through my work as an activist, I’d often travel to workshops and other social initiatives at different institutions and be flooded with queries about day-to-day legal issues,” Ramesh says. In one instance, someone stopped Ramesh while she was pumping gas to ask what legal options their daughter had as a victim of domestic abuse. Inspired to help bridge those sorts of gaps between Indian law and the Indian populace, Ramesh formed Law Rewired.

While Law Rewired is primarily comprised of young people, Ramesh says that their readers are very age-diverse. Law Rewired launched in August and is still in its early stages, but already answers 10 to 25 questions from readers per month about a variety of issues about which the law is unclear. For example, Ramesh received a particularly timely question last year from a woman who wanted to know if workplace harassment laws apply while working virtually. Law Rewired advised her that they are still applicable and to approach the Sexual Harassment Prevention Committee to take further action.

Another question was from someone whose spouse had passed away after a car accident. Ramesh said that even though the family was educated, they were not aware of third-party insurance claims. So, Law Rewired helped them understand how to file a First Information Report, explaining along the way why they had to approach the Motor Accident Claims Tribunal instead of a Civil Court, and helping them navigate the documents required to file the case.

As in India, American “law is always going to have some element of uncertainty,” Professor Sophia Lee, a legal historian at the University of Pennsylvania Law School, explains.

One recent example was Title 7 of the 1964 Civil Rights Act, which bans “discrimination based on…sex.” In Bostock vs. Clayton, the United States Supreme Court had to determine whether “sex” includes transgender identities. Forty years ago, that wasn’t part of the national conversation. But, as society changes and evolves, questions like that arise, which creates uncertainty about the meaning of our laws.

One may dismiss it as legal semantics, but it matters. In Bostock vs. Clayton, the meaning of one word—“sex”—determined the rights of an entire segment of our population. (The Supreme Court ruled that transgender Americans are indeed entitled to Title 7 protections.) Legal semantics can be crucial. For that reason, it is vital for even the most esoteric quibbles about our laws to be translated for regular Americans to understand. Having an organization like Law Rewired to do this could be pivotal.

Full disclosure: I actually enjoy esoteric quibbles. There is something stimulating about having to dig through historical documents to understand a text. It is why I spent three years, fresh out of middle school, working for State Senator Sharif Street, who’s also the Vice Chairman of the Pennsylvania Democratic Party. While I worked for him, I spent entire summers and time after-school analyzing laws and legislation. It was fun. And if what I’m advocating for were accomplished, I would be out of a pastime—for there would be no laws to decode if they aren’t coded in the first place.

Still, laws are more than intellectual fodder. They have real consequences for real people.

But, as Professor Lee notes, there are risks to translating laws into plain language. “You may have to erase some of the complexity in order to be comprehensible,” she says. ”Sometimes that complexity is going to be irrelevant. But sometimes it’s going to be really important.”

Equally important, Lee says, is figuring out how to disseminate those translations. She cautioned against “creating more paper,” which could make matters more confusing. As an alternative, Professor Lee suggests something similar to “academic TikTok, where professors…[talk in] short videos about whatever…subject they research and write about.” Representative Harris, who has a lively social media presence, echoed the efficacy of that approach.

“The laws that are made in Harrisburg will affect your life—good or bad. And it’s imperative that people know what those laws are and how it will affect them,” Harris says. This is impossible when our laws are laden with archaic and coded language.

“I’m always communicating to my staff in Harrisburg that they need to take what I do on the House floor and…make it digestible to the average person,” Harris says. “The average person is not going to pick up a press release. But they will look at a graphic and listen to a video.”

Law Rewired uses that method to create awareness about Indian legal concepts. In one post, they listed six elements of a valid contract. In another post, they explained that “the practice of snatching keys away [during a traffic stop] is common, but it is illegal and you can take action.”

In an Instagram slideshow, Law Rewired explained India’s Environment Impact Assessment 2020 draft, a hot-button issue that prompted 1.7 million emails and letters from the public to the government; Ramesh says that their explanatory post was one of their most popular posts to date.

While creating legal accessibility through social media is helpful, as a growing organization, Law Rewired does not have a massive, Kardashian-level following (yet). And disseminating their translations to the masses is what’s needed to make sure all citizens understand the laws they’re expected to live by.

And it’s not only average citizens who would benefit from legal translations. So would lawmakers. In fact, some lawmakers already benefit from translations. Often, their understanding of legislation is based on executive summaries, legislative analyses, the press, or their Party’s talking points.

The sheer volume of legislation makes it difficult for lawmakers to be personally immersed in their lawmaking. Sometimes one bill is a thousand pages. So, lawmakers utilize a massive staff to break it all down and give themselves what they haven’t afforded to regular Americans: access to the laws that govern them.

If Professor Lee and Representative Harris are respective microcosms of the legal profession and legislature, it seems that there is an appetite for progress on this issue—progress that would benefit the governing and the governed.

Correction: A previous version of this piece did not make clear that the Law Rewired post about India’s Environment Impact Assessment 2020 draft was one of the group’s most popular posts, and that the EIA draft itself is largely what prompted the 1.7 million letters to the government.

Jemille Q. Duncan is a 17-year-old junior at Multicultural Academy Charter School in Philadelphia. He is one of four inaugural fellows of Citizen Teen, a journalism mentorship program funded by The Solutions Journalism Network to amplify the voices of youth from the School District of Philadelphia.

Photo by Aleix Ventayol on Unsplash