The soul of our country is at stake—make sure you have a say.

If you plan to vote at home, but haven’t already sent in your ballot, take it to one of these drop-off sites to ensure it’s makes it to the Board of Elections on time.

Or, you can vote (safely) in person. Here’s all you need to know:

And if you missed the deadline to register, make sure you’re registered in time for the general election this fall. Start the process here.

Prefer the audio version of this story?
CitizenCast is happy to oblige 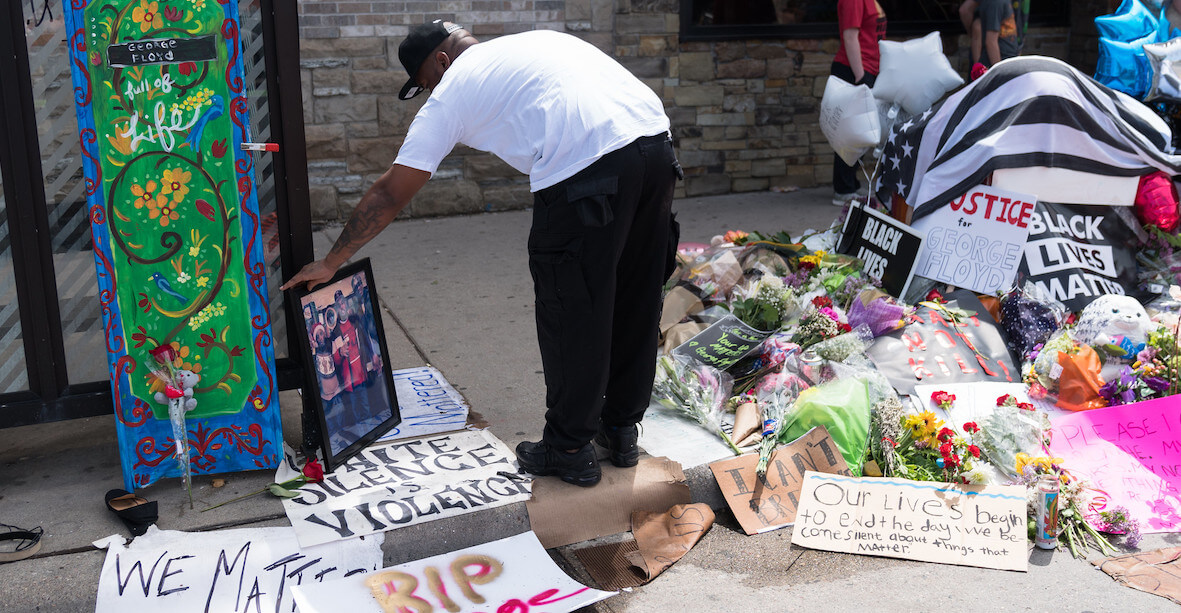 Guest Commentary: George Floyd’s Ghost Is In Your Mirror

Guest Commentary: George Floyd’s Ghost Is In Your Mirror

I stand for every playing of the Star Spangled Banner. My father-in-law was a 25-year Air Force veteran. I vote for more Democrats than Republicans, but I have voted for both.

I am not a leftist who thinks that police violence should be in the same conversation as free college. I don’t equate opposition to universal health care with bigotry and I don’t condemn our tax code as racist. This is not about left or right, Republican or Democrat.

This is about America’s soul. And your mind.

“I can put you in chains and drop you to the ocean to die an unimaginable death without fear of punishment, because you are subhuman chattel.”

My white friend of 25 years dropped some PPE masks off at my house today. He asked, “How you doing?”

“How does that impact you?” he asked.

My jaw dropped. I pointed to my black son shooting a basketball in the yard. “You watch too much CNN. Nice shot, though,” he said, and laughed as he got back in his car.

He is supposed to be one of the good guys. He played college basketball. We worked together at a company with a diverse workforce for almost 10 years. Yet he did not connect George Floyd to my sons, to me, to himself.

He can’t. It is too painful. As soon as he does, he knows that he bears responsibility for the fact police violence is the 6th leading cause of death of young American Black men.

“I can hunt you down like a wild animal on a Georgia road in broad daylight and kill you with a shotgun without fear of punishment, because your death is celebrated behind the closed doors of our local law enforcement.”

1 in 1,000. That is the chance I have as a man in my 50s to die of Covid-19. That statistically (in)significant chance has forced governments to confine people all over the world to their homes to avoid this insidious killer.

1 in 1,000. That is the chance that an American black man will die from police violence. Do not read the next sentence. Pause. Ponder the significance of the equality of these two numbers.

A once-in-a-century pandemic and law officers present the same threat of death to American black men.

I have never been a police officer. I am grateful for almost every cop that puts his or her life on the line to serve and protect. I pay for their check outs at the Wawa, when they let me. In no way am I minimizing the difficulty of their decisions in life or death situations.

Unwarranted police violence will always happen. People are imperfect. This will not be eradicated. There will be more needless funerals because cops will make mistakes.

Of course they do. Look in the mirror. Face it. So. Do. You. White lives matter, blue lives matter, black lives matter—but a lot less. How else can you explain how you have allowed this to continue? Yes. You. What have you done to stop this?

“There are layers of bureaucracy.”

My favorite: “We have to get rid of institutional racism.”

Institutional racism is just a shield created by white people in charge to avoid making “hard” choices in “complicated” situations. It will end when the institutions are no longer run by racists. Vote them out, kick them out, push them out, cheat them out. Get them out, whatever it takes. Now.

“The arc of history bends towards justice,” a hopeful friend of mine said today, when we were discussing all of this.

“The annals of history are dominated by the powerful,” I replied.

Peaceful protest does not work for the disenfranchised. It allows communities to express their frustration, but it does not bring meaningful change. In fact, it usually ends with more death and destruction to their own people and communities. It is a complete waste of time.

Donald Trump encouraged the killing of people who are stealing food, clothes and maybe a TV here and there. These are crimes that now deserve the death penalty, if the perpetrators are black. Just like the slave owners back in the day. Kill any black person you wish who shows any disrespect. If they won’t treat your store with respect, shoot to kill.

White men are in charge in America. The police work for us. We are safe. If you are white, when was the first time you were worried a cop was going to shoot you at a traffic stop on a dark night on an unlit street?

Look in the mirror and justify it however you want—taxes, health care, educational vouchers—whatever. The truth is your own racism put this evil man in the White House.

Come up with any outliers you want as examples of a progressive society to make yourself feel better. Plain and simple, white men are in charge in America. The police work for us. We are safe. If you are white, when was the first time you were worried a cop was going to shoot you at a traffic stop on a dark night on an unlit street?

Did you vote for a man that excuses Nazis as good people? Will you vote for him again? Justify your own indifference however you want. But don’t call me your friend. Better yet, don’t call me at all. You made it more likely that George Floyd was murdered by a cop. I make no apologies for seeing it that way, and I call it as I see it. You are a racist hiding behind the cloak of conservatism.

“I can jam my knee on your neck in broad daylight in the middle of the street in front of onlookers and suffocate you while you beg for your handcuffed life, terrifyingly calling for your mother, because I am white and you are black.”

Think about George Floyd’s final moments. The terror. The fear. The sadness. The powerlessness. The end.

The Minneapolis Police officer who killed George Floyd knew he could kill an American Black Man without fear of punishment, just like countless law enforcement officers before him. Just like his ancestors sent George Floyd’s ancestors to the bottom of the ocean in chains hundreds of years ago.

Our nation and our constitution were created by murderous, slave-owning killers and rapists. This is the truth. We are reliving it every day.

Donald Trump is the American Slave Master of 2020. It is who he is. Vote him out, push him out, kick him out, cheat him out. Before it’s too late.

If you vote for him in 2020 and he is elected a second time, I believe our nation will descend into a wave of violence. I won’t pray for you or your kids.

I will be protecting mine.

Register and vote. George Floyd’s ghost is begging you.

Seth Berger is head boys basketball coach at The Westtown School. He was founder/CEO of And1 basketball apparel company. He has a B.A. from the University of Pennsylvania, and an MBA from Wharton.