Transcript and audio of the oral arguments

Read the transcript here.  Audio of the arguments is available here. 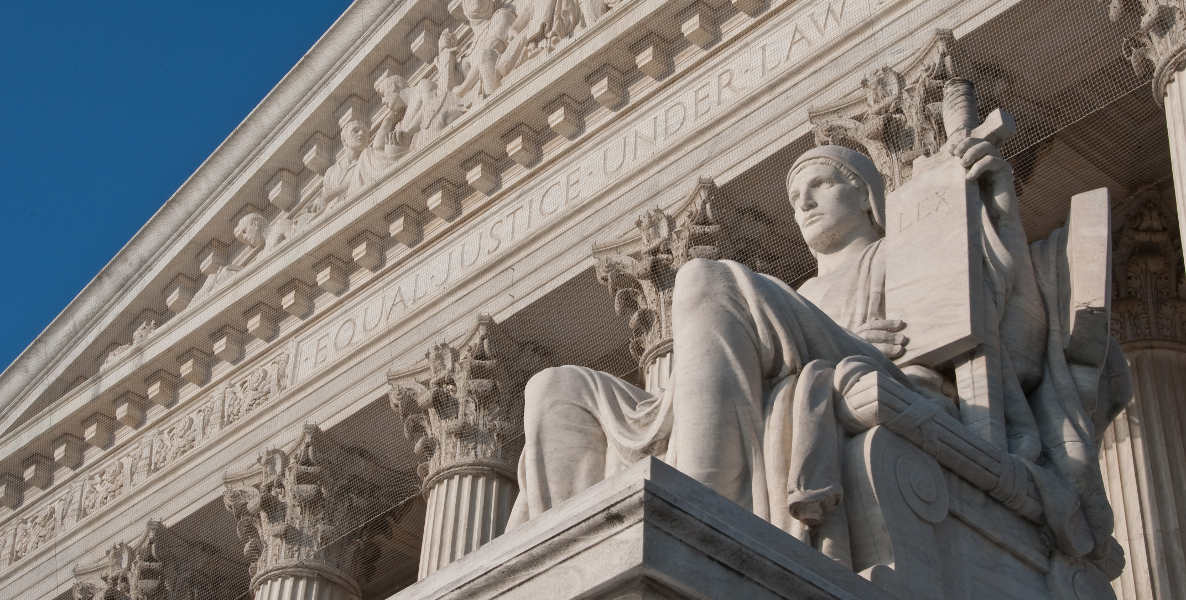 Well, at least, they didn’t take it away

[UPDATE: On Tuesday, the Supreme Court split evenly on Friedrichs v. California Teachers Association, a result made possible by the recent death of Justice Antonin Scalia. The 4-4 result affirmed, without a written decision, the ruling of the lower court, which had ruled that public unions may collect mandatory fees from non-members. This means that Philadelphia unions get to keep a lot of money, and thus a lot of influence in our local elections, at least for now. However, the Supreme Court’s ruling is not binding precedent, and a full Court (whenever we get one) is likely to rehear the case and make a full, precedential decision sometime in the future.]

Below, a story The Citizen ran last fall about what this case means for Philly and its unions:

Today, the U.S. Supreme Court heard arguments on a case that will have a profound impact on elections in Philadelphia by either upholding or vastly reducing the role that unions play in our local elections.

Unions in Philadelphia are incredibly influential when it comes to the election process, holding great sway over both who can run and who will win. The incomparable John “Johnny Doc” Dougherty is the spider at the center of this web of union influence, rallying unions across the city to align with his IBEW Local 98 to sway elections.

And boy can they sway elections. Just last year, unions had a huge role in electing Jim Kenney as Mayor, Helen Gym to City Council, and Kevin Dougherty to the state Supreme Court, to name just a few. These unions get their influence the old-fashioned way: by buying it.

In 2015, Johnny Doc’s union collective gave $507,000 to Kenney, plus $200,000 to a pro-Kenny PAC. All told, unions spent $3 million for Kenney last year. Over the years, Johnny Doc’s team has spent $129,000 to support Council President Darrell Clarke’s frequently-unopposed bid for re-election, $95,000 on former Councilwoman Marian Tasco, and $453,000 on State Representative Dwight Evans. And Doc’s not alone; the Philadelphia Federation of Teachers spent $399,000 on local elections in 2015 alone.

All this money buys advertisements, campaign mailers, door-to-door canvassers and get-out-the-vote manpower. That and inside influence with our elected officials.

But the Supreme Court could change all that. The case, Friedrichs v. California Teachers Association, pits a California teacher against her own union. Essentially, public unions—those that represent teachers, municipal workers, and the like—are funded in two ways: mandatory fees from all employees, and voluntary dues from union members. In a way, these unions are like college fraternities, which receive general funding from all students through student activities fees, and again from those who choose to join them.

Back in 1977, the Supreme Court upheld the mandatory fees against free speech complaints from public employees. The employees then, as now, argued that being forced to pay money to a union compels them to support speech and other union activities with which they disagree, in violation of their First Amendment rights. The Court in 1977 split the baby, saying that mandatory fees could only be used for strictly administrative tasks, such as collective bargaining, contract administration, and handling grievances. Voluntary dues, though, were permitted for political activity.

If the Court rules against the unions in Friedrich (which it seems inclined to do based on language in an opinion from a couple of years ago), it could cost our city’s unions millions of dollars. It would mean that all of the fees that are being paid to unions— even those to support non-political collective bargaining—would have to be solicited and contributed voluntarily. “Free riders” would emerge, and lots of union-eligible employees could skip the contribution while still reaping the rewards of collective bargaining.

This could have a cascading effect on our elections. With less money in administrative fees, unions would have to divert funds that would otherwise go towards campaign activities in order to ensure the continued operation of the unions’ most basic functions. Less money to contribute means less influence and less power for our local unions. If their influence is lessened, then it may affect the contracts that unions are able to negotiate with government, which could hit rank-and-file union members right in the pocketbook.

This goes beyond Philadelphia. In the 2012 presidential year elections, unions across the country spent $1.7 billion on campaign activities. With another presidential election looming this year, the Court’s decision could have a major impact on how much money is available to pro-union candidates.

Which is why local unions will do whatever they can to find a way around the new limitations. “A ruling against the union position would be a big public relations blow, but I don’t see it having much effect,” says political consultant Larry Ceisler. “If union members choose to not pay these fees, they will be ostracized by their fellow employees and will be made to feel uncomfortable. This ruling could bring about changes, but not necessarily the crippling blow the anti-union advocates would hope for.”

On the other hand, take a look at what happened amidst the anti-union fervor in Wisconsin. In 2011,  Governor Scott Walker eviscerated unions’ abilties to collect funds and collectively bargain, and removed mandatory fees from non-members, just as the Supreme Court is contemplating in Friedrich. Union membership then dropped by nearly two-thirds; some unions were forced to close down or merge due to lack of membership.

Wisconsin was the worst-case scenario for unions. The Supreme Court’s decision in Friedrich probably won’t have the same devastating effect because it would only replicate one of the more modest restrictions that Wisconsin now has. And, Philadelphia lacks the strong anti-union current that exists in Wisconsin, meaning that unions and politicians are likely to work together to get around any restrictions placed on them. Still, Friedrich could represent a massive setback for the political power of public unions.

Too bad for Johnny Doc that he could only get his brother on the Pennsylvania Supreme Court and not the U.S. Supreme Court. He could really use a friend among the nine right now.