Citizen of the Week: Lisa Miccolis
Why a coffee shop owner is hiring and mentoring those who have aged out of the foster care system.
Meet the Disruptor: W/N W/N Coffee
Can a democratically run, all-purpose coffee shop/restaurant/bar in the Eraserhood be ethical and sustainable...while making money?
Dreamers Welcome
Maybe New York and San Francisco aren’t the only places to be. Suddenly, a new clique of startups from around the country are moving to Philly—and staying

A scaled down version of this story 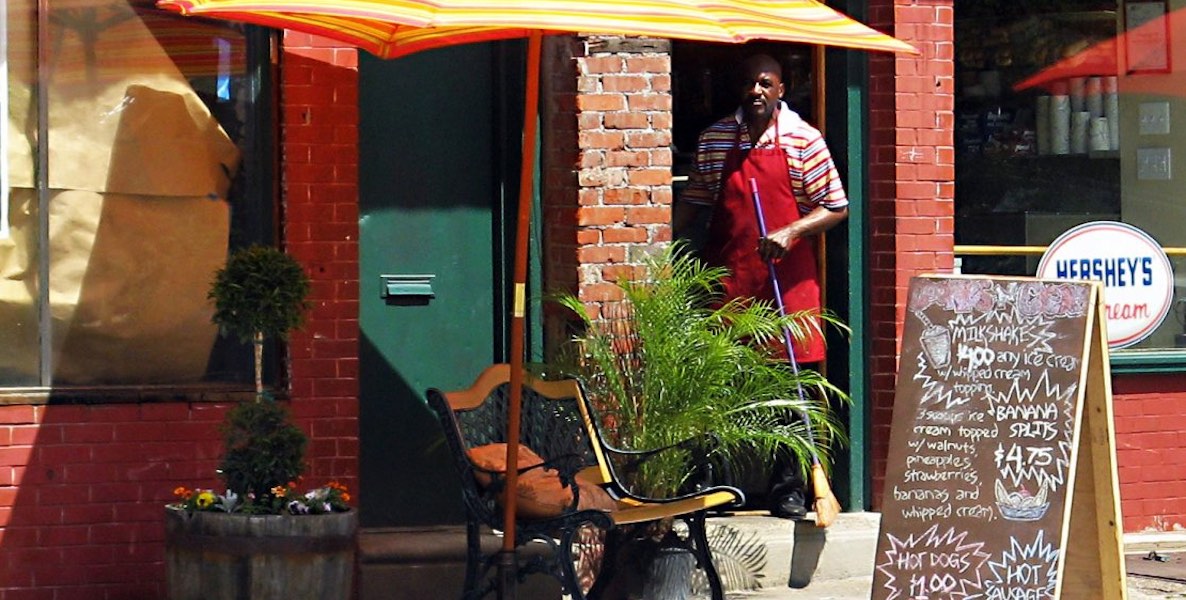 The Enterprise Center helps minority businesses get over their startup slump

The Enterprise Center helps minority businesses get over their startup slump

For 25 years, The Enterprise Center in West Philly has launched hundreds of minority and woman-owned businesses all over the city and beyond, helping to create thousands of new jobs in Philadelphia. But a few years ago, the folks who run TEC realized something: They were successful at helping to launch businesses, but a few years in, many of their entrepreneurs were still in hustle and struggle mode, lacking the resources and big picture skills needed to grow, hire new staff, become pillars of their community and reliable employers.

So TEC did what it’s been helping business owners do from the beginning: Followed this problem to an innovative solution. In looking for resources, they came across a call for proposals put out by the Small Business Administration. “Although these ‘scale-ups’ play a critical role in the economy, historically there have been relatively few resources to help promising small businesses scale-up their operations,” went the SBA’s reasoning. “This is especially true for firms led by underserved and underrepresented entrepreneurs.”

TEC applied for, and received, a $1.2 million grant from SBA to launch its newest program, ScaleUp, which helps businesses in that zone between being a startup and being truly established, a place where many businesses languish forever.

“Think of it like a school,” Iola Harper, TEC’s executive vice president of business programs, told Philly Mag last year. “There’s a lot of money for kindergarten, a lot for 12th graders, but not much for middle schoolers.”

This is especially true for minority businesses. “When you layer the challenges that are unique to minority-owned enterprises on top of this, the need for our program was undeniable,” she says.

The Enterprise Center received $1.2 million over the next five years in federal funds to help 250 small businesses with sales of $150,000 to $750,000, a size that is often neglected in the venture capital world, grow to the next level.

“We find that a lot of businesses started with capacity gaps in understanding finance and understanding what it takes,” says TEC’s Harper. “The biggest technical deficiency we’ve found is financial intelligence, the ability to look at a financial statement and understand the story that it’s telling you.” TEC for years has offered equity investments and technical assistance to entrepreneurs, but at a certain point many businesses stopped growing. That’s where ScaleUp comes in.

“You can’t be behind the fryer and growing your business at the same time,” says Harper. “These entrepreneurs need to work on their business, not in it to bridge that gap. They need the infrastructure that allows you to step out of the business so you can work on strategy and networks.”

TEC itself began when David Thornburgh, then-director of the Wharton’s small business development department, noticed that while Wharton was fostering a lot of startup businesses in Philadelphia, they often ended up being headed by men and white people, and the businesses tended to benefit the core of Philadelphia only. Thornburgh, now the director of the Committee of Seventy, helped launch TEC in 1989 to make Wharton’s entrepreneurial training available to aspiring minority and women business owners throughout Philadelphia. Its programs offer aspiring underrepresented business owners help with access to capital—through in-house loans or partnership with banks—and access to information and technical assistance–through ongoing workshops to help businesses with all stages of development from emerging to growing to maturing. In their signature “Elevate” program, they walk aspiring underrepresented business owners through all the steps they need to get their idea up and running, providing a combination of classroom instruction and one-on-one coaching over the course of 12 months.

In December, TEC was chosen as one of only seven organizations nationwide to receive $1.2 million over the next five years through the U.S. Small Business Administration‘s ScaleUp America Initiative to help 250 small businesses with sales of $150,000 to $750,000, a size that is often neglected in the venture capital world, grow to the next level.

This money is earmarked for the ScaleUp program, but participants in the program have access to many of TEC’s other services and programs, which are funded through a combination of local, federal, and foundation money.

TEC selected 25 minority- or women-owned businesses, including popular West Philadelphia small businesses Four Worlds Bakery and Weckerly’s Ice Cream, as well as businesses in other industries like insurance, laundry, and carpentry for their first cohort, which launched this past winter.

The program is completely free to owners and lasts six months. Entrepreneurs meet twice a month with TEC experts who instruct them in how to access larger amounts of capital and new networks, and who sit down with each business individually to look at their needs. Halfway through, the businesses are then sorted into “CEO mastermind groups,” in which similar business can share strategies.

Each business is also matched with a mentor, an expert business-owner who has already been very successful in their industry. Harper says it is this individual attention from TEC mentors that makes the ScaleUp program unique. ScaleUp aims to give each business a growth strategy tailored to their needs and all the tools they need to implement that strategy.

Andre Andrews, owner of Dre’s Water Ice and Ice Cream, began by buying a push cart and a freezer so he could sell water ice he made himself. Soon, there was a partnership with Brown Family Shoprite. Now, he is set to open his own storefront this summer.

This first cohort is still ongoing, but TEC reports that already 50 percent of ScaleUp businesses have received new contracts; that annual contracts increased by $750K; and that 10 business referrals were shared within the group.

Andre Andrews, owner of Dre’s Water Ice and Ice Cream, grew up in West Philadelphia and began by buying a push cart and a freezer so he could sell water ice he made himself from block to block around his neighborhood. Soon, he asked the owners of the Parkside Shoprite if he could open up a kiosk there. They agreed. Andrews then developed his own ice cream and his partnership with Brown Family Shoprite took off, with his ice cream and water ice being sold in all ten of its stores.

Soon Andrews was getting offers to expand and sell his product to other supermarkets and had dreams of opening his own brick and mortar storefront. But his business was still just him and the few employees he’d hired when he started.

“I needed structure and I needed help responding to all the demands for my product,” he says.

When he joined ScaleUp, his ice cream was available in 20 Philadelphia area supermarkets, but after ScaleUp, he says he has cultivated a network that will help him grow to the next level. After ScaleUp, his product will be in supermarkets on the campuses of UPenn, Drexel and Philadelphia University (the result of a vendor fair held at TEC), and his storefront is slated to open this summer.

ScaleUp also provided him with something less tangible—a support system of people who understood his struggles and could offer wisdom from the outside gained through similar experiences. ScaleUp helped Andrews build a Board of Directors that would be his team of advisors for the long haul and just provided him the camaraderie of fellow underrepresented entrepreneurs.

”You need other people in your same field to see things you don’t see. We entrepreneurs deal with so many problems. We need that support group.”