You heard the man. Show your local potholes some love. Instead of grimacing the next time tires sink into one, just think about all the creative ways you can bring potholes into your life.

Have a creative pothole idea? Let us know!

Articles about and by Richard Vague

Wrestling with Biddle’s Ghost
The failure of Philly’s most powerful banker in the 1800s contains modern-day—and personal—lessons
Why Not Us?
Pennsylvania leads the world in cancer research. So why is Texas turbo-charging its economy by investing so much more in the fight?
Richard Vague For President?
A Buzzfeed story late last month says the Philly business and philanthropic leader may run for president. It may not be as crazy as it sounds
Video: Richard Vague on What Voters Really Want
The local businessman, who may run for president, talks to Michael Smerconish about time he spent talking to real Americans. What he learned may surprise you 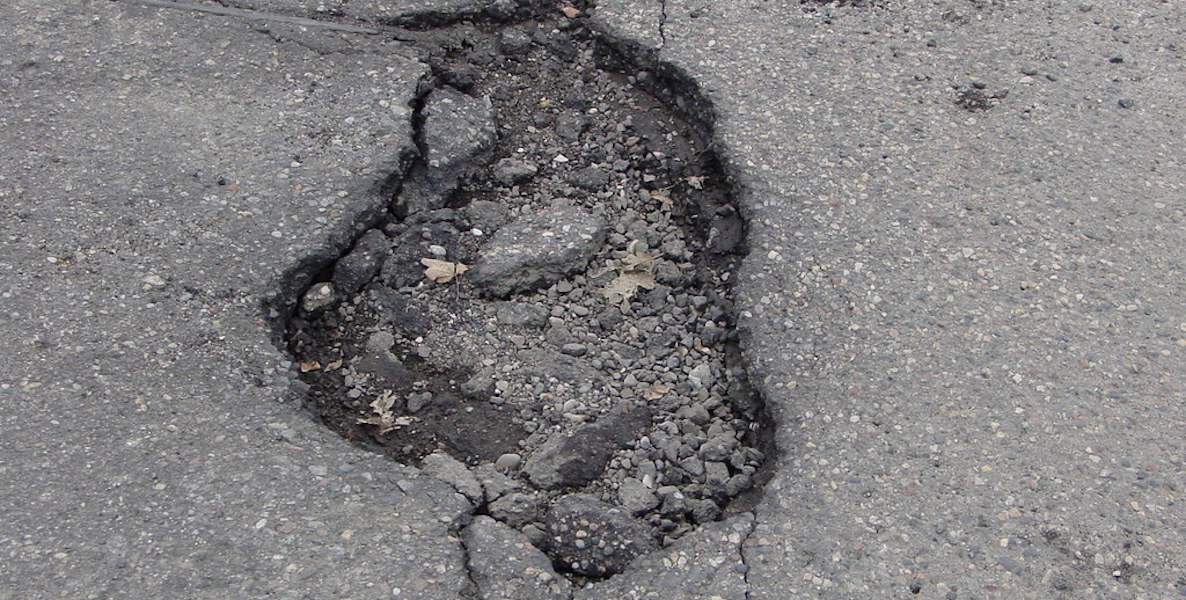 An affectionate open letter to the scourge of Philadelphia’s streets

An affectionate open letter to the scourge of Philadelphia’s streets

I confess I used to try and ignore you.

Oh, I rationalized the new shock absorbers I had to install as simply normal wear-and-tear.

But, bump by jarring bump, I’ve had to accept the bitter truth. No other first-world city is as pockmarked as we are. Philadelphia is now the leader in potholes.

Please don’t make the mistake of blaming our elected officials. Like Mary Poppins herself, they are each practically perfect in every way. If anything, I’m certain it’s a moral failing on my part. If I was just a better person, if we were just better people, maybe the potholes would go away on their own.

The potholes on Pine Street remind me of the lunar surface. I’m now Neil Armstrong piloting the Eagle safely to its landing!

But wait, does it have to be bitter? Can’t we make potholes fun?

I can use my imagination along with those potholes to soar across the world! I imagine the potholes on 15th Street as foxholes in the Battle of Verdun. If you look closely, you can see Wonder Woman coming to the rescue! The potholes on Pine Street remind me of the lunar surface. I’m now Neil Armstrong piloting the Eagle safely to its landing!

Some kids down the street have turned theirs into a neighborhood pool. Just in time for summer vacation!

You see? Potholes can be fun. And good for business in the city. It’s not just the auto repair business. My dentist has seen a surge in visits, too.

Help is on the way. My Uber driver has memorized their locations and can often swerve to avoid the worst. They say that Google Maps and Waze will soon include the locations of Philadelphia’s potholes.

So I have now come full circle. Our potholes are now a source of pride. Just like the Rizzo statue. My neighbors and I have actually named our street’s potholes—the deeper the pothole, the longer the name. Meet Balthazar, and Zedediah,  and Wolfeschlegelsteinhausenbergerdorff.

There are costs savings too. I hear Philadelphia has hired a consultant to create a new “brand” for our city. I say let’s save on the consulting fees! It’s time for us to embrace who we really are:

Philanthropist and former banker Richard Vague is the author of A Brief History of Doom: Two Hundred Years of Financial Crises.